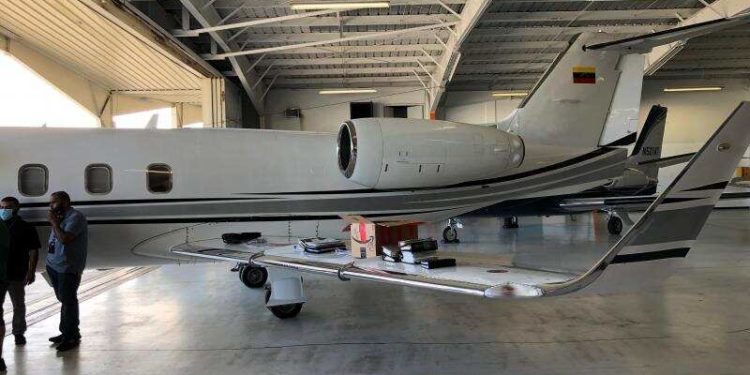 The Ministry of Foreign Affairs and Communities of Cape Verde issued a statement in which it denied that the government of the West African country had sent two emissaries to Venezuela to negotiate the case of Alex Saab with President Nicolás Maduro.

“The government of Cape Verde has not sent anyone or any mission to the Bolivarian Republic of Venezuela,” says part of a statement issued by the Foreign Ministry, which can be read on the official website of that country governo.cv. 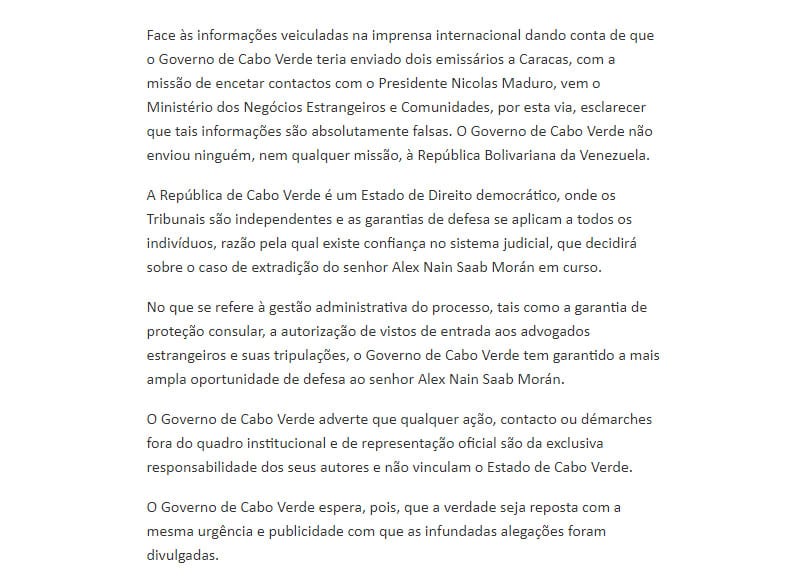 In the text, they also highlighted that Cape Verde is a democratic state governed by law, where the courts are independent and due process guarantees apply to all people. “So there is confidence in the judicial system that will decide on the extradition case of Alex Saab Morán,” the text reads.

In another part of the statement, the Cape Verde government says that it hopes “the truth will be restored with the same urgency and publicity with which the unfounded allegations were made public.”

Early this week right-wing media such as El Nuevo Herald, based in Miami, published fake information in which they claimed that businessman Fernando Gil Alves and Cape Verde government official Carlos Jorge Oliveira Gomes, arrived to Venezuela in a luxurious private jet and entered the country at Maiquetía airport, in the early morning hours and, later, they held a “secret meeting” with the Venezuelan President.

Additionally, the right-wing media linked the Africans to the plane of supposed Venezuelan origin seized in the US with a shipment of weapons last Saturday, August 15, in Fort Lauderdale, Florida, and allegedly intended to support an escape plan for Alex Saab, illegally arrested in Cape Verde violating his Venezuelan diplomatic immunity.

The far-right website “Panam Post” – supported by the “information” of “El Nuevo Herald” – published that “the official, Oliveira Gomes Dos Anjos, director of Tourism and Transport of Cape Verde, and the pharmaceutical businessman, Alves Évora,”arrived secretly in Venezuela on Monday and spent the night in the presidential palace of Miraflores amid the efforts of President Nicolás Maduro to get the African country to release its main partner, the Colombian/Venezuelan businessman Alex Saab” accused by the White House of being the front man and the architect of the criminal operations.

For several years Alex Saab has been an operator that helps procure food to sustain the Venezuelan government food program know as CLAP, which delivers almost for free food boxes every month to more than 6 million Venezuelan households. Experts agree on seeing the attack against Saab as an extension of the US sanctions affecting millions of Venezuelans and aiming at ousting legitimately elected President Nicolas Maduro.