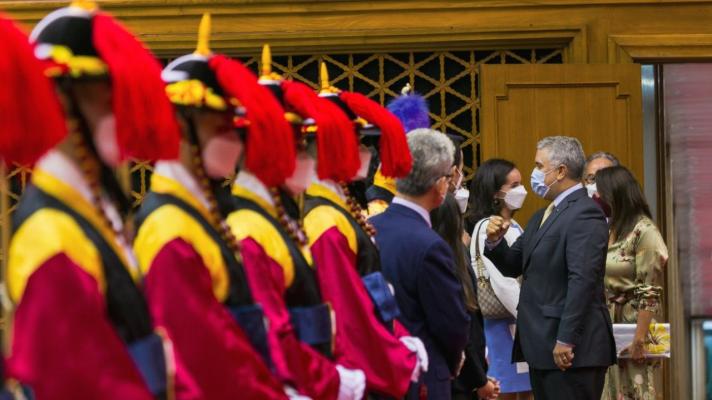 The following is a translation of the daily report of Samuel Robinson Institute for August 23, 2021.

The behavior of Iván Duque’s Uribista government can be described as “disturbing,” in light of the revelations that have surfaced during the judicial proceedings against the Colombian mercenaries who took part in Jovenel Moïse’s assassination in Haiti. Recently, the assassins confessed certain details that implicate Duque’s government directly in the June 7 events.

What the mercenaries have confessed

Uribismo’s “disturbing” actions
Carlos Camargo, Colombian Ombudsman, sent a humanitarian mission to Haiti to “verify the human rights situation of the Colombian nationals in that country,” when in Colombia there is an evident lack of attention to human rights issues such at the outbreak of the National Strike and the human rights violations exercised by Colombian security forces.

On July 30, Colombian Foreign Affairs Minister Marta Lucía Ramírez urged the Haitian government to comply with international human rights treaties and provide guarantees to the detained mercenaries, insisting that there were irregularities in their detention and legal assistance.

Uribista senator and former president of the Congress, Ernesto Macías, asked that the mercenaries be extradited to Colombia so that maximum punishment could be applied to them in Colombia, even though the assassination was clearly a political crime committed in Haiti against a Haitian citizen.

Why this matters
The government of Colombia did not express such concern for the well-being of Colombian nationals abroad when the Trump administration deported Colombian migrants from the United States.

Behind the assassination of the former president of Haiti there are military agents and businesspeople, both Colombian and foreign, with connections to spokespersons and members of the Colombian government and the armed forces. Among them are Antonio Intriago and Alfred Santamaría, who served as contractors for the hitmen, and who appear in photos with Iván Duque and with people from his party.

The efforts made by the Colombian government reveal an attempt to hide a criminal network that is behind Moïse’s assassination and that, like in similar operations carried out against Venezuela, connect Miami to Bogotá. Colombia is a paramilitary state whose mafia apparatus makes it a dangerous political operator for the entire hemisphere.