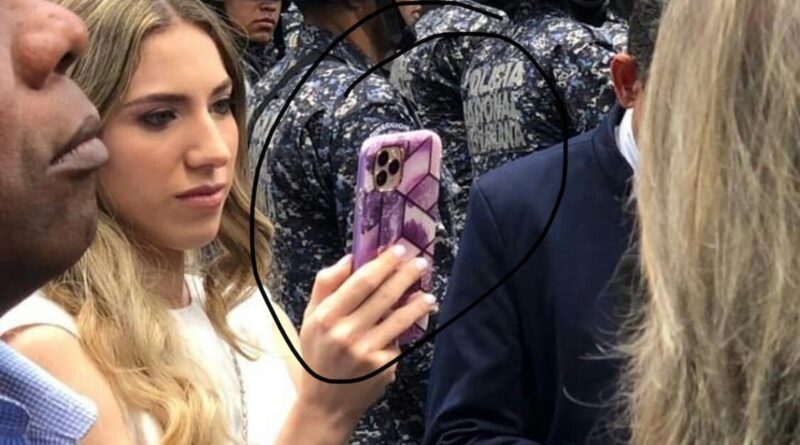 Caracas, July 12, 2020.- The self-proclaimed “first lady” of Venezuela, Fabiana Rosales, participated recently in an online forum from Colombia and, in a rude and evasive way, she suddenly cut her participation short because according to what she said, she had to “go out into the street to fight for the livelihood of her family.”

The sharp criticism of the anti-Chavista by the Colombian social and political activist Mafe Carrascal Rojas arose after the Colombian activist asked her if she had any achievements in her self-proclaimed position, a query that evidently left her speechless and infuriated her.

The wife of the radical deputy Juan Guaidó said in the videoconference: “I say goodbye because not only do I fulfill this role, but I must also deal with the role of mother and teacher. I know that many women do feel represented in what I am, a woman who goes out to the street to fight, to look for the survival of my family.”

The Colombian activist asked Rosales: “I apologize if I offend you by remembering that you have a self-proclaimed position,” and a bit later Guaido’s partner abruptly cut off her participation, who throughout the intervention by Carrascal Rojas had an evasive attitude, always stroking her hair and kept her gaze downcast as a sign of inattention and annoyance.

RELATED CONTENT: How Much did Miami Anti-Chavistas Pay for Trump Fundraiser?