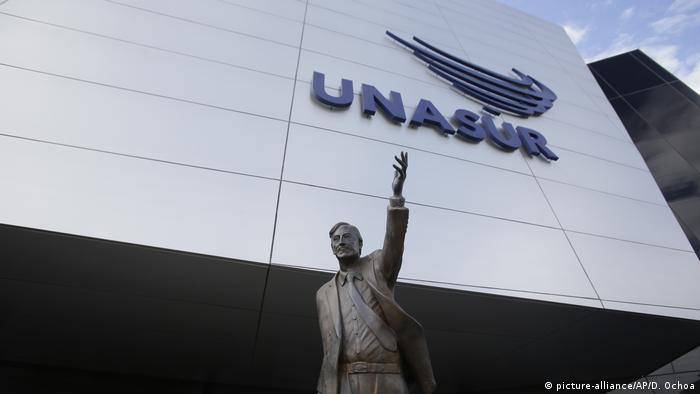 This Wednesday, December 8, on the 17th anniversary of the creation of the South American Community of Nations that gave rise to the Union of South American Nations (UNASUR), Venezuela’s minister for foreign affairs, Félix Plasencia, reaffirmed a commitment to uphold the spirit of regional integration.

“17 years ago the South American Community of Nations was created, which gave way to the founding of UNASUR,” Plasencia wrote on Twitter. “Today, the South American spirit of integration remains intact in the hearts of our citizens and, sooner rather than later, UNASUR will resurface, thanks to the strength of the peoples of the South.”

The South American Community of Nations was formed when presidents of the region met in Cuzco, Peru, on December 8, 2004, and has its founding documents the Declarations of Cuzco and Ayacucho.

At the Brasilia Summit meeting, on September 30, 2005, a Presidential Declaration defined the Priority Agenda and the Community Action Program, at the same time that it approved the Declarations on the Convergence of the Integration Processes of South America and on Integration in the Infrastructure Area, among others.

Despite the progress made, the meetings revealed a need for greater commitments to integration and the structures that would enable it. Those concerns were present in a letter addressed to the South American leaders by Presidents Hugo Chávez and Tabaré Vázquez, laying the groundwork for UNASUR.

Since that time, UNASUR began to function as a hub for regional unity within a politically diverse region, and as a forum for political debates that helped resolve several regional political crises. After the arrival of right-wing governments subservient to Washington’s directives, UNASUR began a process of dismantling almost all the gains it provided for South America.