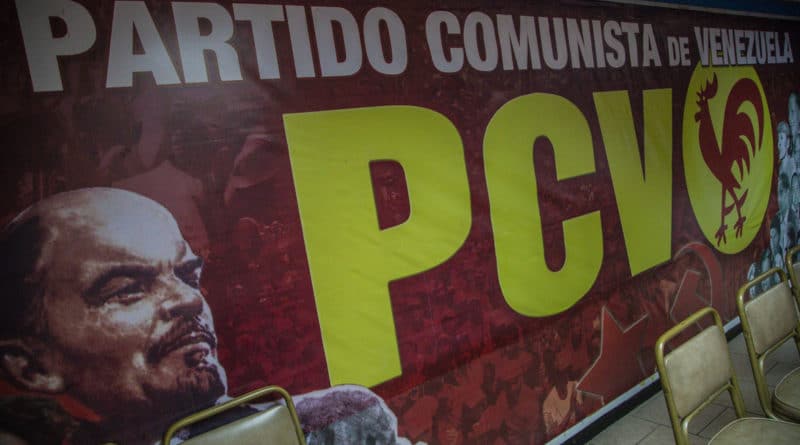 “The most miserable lackey we have had in Venezuela is Guaidó. A character like that deserves nothing but the contempt of all the people. He is simply a figure in the service of the United States to harm the people. We don’t understand why he’s not in jail.

This is how the Venezuelan labor leader Pedro Eusse characterized the U.S. agent in Venezuela, Juan Guaidó. “This man is an attack on the right of the Venezuelan people to food, medicine, peace, and sovereignty,” he added.

Pedro Eusse, secretary general of the Central Unitaria de Trabajadores de Venezuela, Cutv, and spokesman for the National Front for the Struggle of the Working Class in his country, participated in the 6th National Congress of Funtramiexco, held in Bogotá between 13 and 15 February 2020. In a dialogue with PERIODISMO LIBRE, Eusse, also a member of the Venezuelan National Assembly, recalled that the people of La Guaira and Caracas gave a lesson in dignity by holding a mass protest against Guaidó when he returned to Venezuela from a tour abroad, where he met with Donald Trump and Iván Duque.

“We don’t understand why this man has not been brought to justice and put in prison, despite all the damage he has done to the country and the people, who came out to repudiate him,” Eusse said.

The Venezuelan union leader said that “the coercive measures of the U.S. are criminal and harm our people,” adding that “that is why we are opening a broad anti-imperialist front.”

“There is an international cadre with falsehoods to justify aggression and the violation of our sovereignty,” he said. “In Venezuela the only dictatorship is the one imposed by the United States with its policy of war. Guaidó is a real dictatorship.”

On the economic situation in Venezuela, Eusse explained that “hyperinflation and exodus have to do with the so-called sanctions and the criminal economic blockade by imperialism.”

He pointed out that in response to US aggression, class-based trade unionism and the peasant movement are building resistance. “Today the key is the unity of the workers, peasants, communal and popular.”

He reported that “we have produced a set of proposals to reactivate oil production” and stressed that “we must not hand over the control of the oil industry to the capitalists, because with the workers we can move forward.”

“In the face of the bourgeoisie’s appetites, we must respond with workers’, peasants’ and popular control of the production of goods and services,” he stressed. “The working class must conquer a space to defeat the capitalists and imperialists.”

Asked about the corruption and speculation of the commercial bourgeoisie, he said that “the capitalists do not want to be controlled,” and insisted that there is an urgent need for “workers’ and popular social control against the cancer of corruption.

“We must not make concessions to neoliberalism, because there are regressive tendencies, there must be control by the people over public management: that is the antidote to corruption,” Eusse said.

Finally, the workers’ leader, who is also a member of the leadership of the Communist Party of Venezuela (PCV), called on the Colombian people “to take up again the path of Bolivar, who made us exist as a Republic.”

“Any attempt to divide us is contrary to our raison d’être. We must unite against the common enemies of the peoples of Colombia and Venezuela: the oligarchies and U.S. imperialism,” he said.