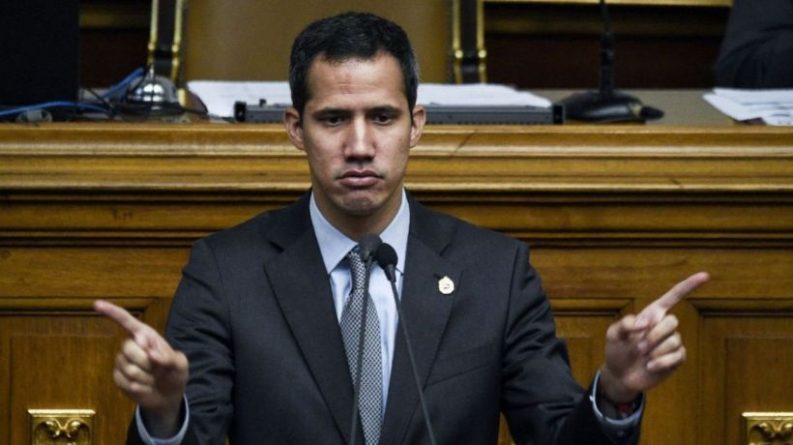 This Sunday, June 23, through the Twitter account of deputy Juan Guaidó, two programs were launched that copy plans previously launched (and underway) by the parallel Venezuelan government.

“Come back home” and “Let’s work” are the programs launched by the anti-Chavista deputy to integrate Venezuelan citizens who are inside and outside the country to the public sector and “private institutions” of the labor market “once Maduro ends the usurpation.”

In the digital platform vamosbien.com developed to gather information about people who want to access these programs it is explained that “Vuelve a casa” (come back home) was promoted by the National Assembly, NGOs and private companies, and has the objective of contacting Venezuelans abroad, “generate the conditions for their return and show the universe of opportunities that they will find in the Venezuela we are about to build”.

On the other hand, “Let’s work” proposes a labor census of professionals in different areas “who want to be part of the public servants of tomorrow”, as the page itself says.

THE ORIGINAL PROJECTS OF CHAVISMO

It can hardly go unnoticed that these initiatives, passing themselves off as unpublished, are shams of two programs that are part of the extensive social instruments implemented by the Venezuelan State to attack the consequences of the financial siege against the country from the external front, and somehow are being endorsed by the Venezuelan opposition.

The social programs that are being imitated are “Vuelta a la Patria” and “Chamba Juvenil”, both highly effective in fulfilling their purposes. Only by comparing the names of each plan one can notice the awkward readjustment of the original ideas of Chavismo to the narrative of Guaidó.

The Return to the Fatherland Plan was launched in August 2018 by President Nicolás Maduro in response to the multiple complaints of labor exploitation, trafficking in persons and xenophobic actions against Venezuelan migrants reported in hosting countries of the Latin American region.

It consists of the planning of flights (in some cases activations of land routes) arranged by the national executive to the destination countries of the migrants so that, after consulting the diplomatic offices, they can fulfill their desire to return to Venezuela. The Venezuelan embassies in Peru, Ecuador, Brazil and other nations in the region report 50,766 records in the plan.

The repatriation program also breaks up the recurrent media campaign, carried out by international media, which calls the phenomenon of Venezuelan migration a “refugee crisis.” The Return to Homeland (Vuelta a la Patria) figures restore the migrant’s voluntary nature both to leave and to return to the country.

In turn, Chamba Juvenil is an action derived from the digital mechanism of the Carnet de la Patria that systematized different social protection responses of the population. The plan, which would later be elevated to the Great Mission, was implemented in mid-2017 when the national scenario was marked by aggressions that sought to unleash a violent political change.

The purpose of the mission is to incorporate young people between 15 and 35 years of age into employment in different sectors of the public administration, as well as the possibility of accessing training and job training scholarships. A month after its inauguration, it received 800 thousand applications for registration.

Recently, the Minister of Peoples Power for Youth and Sports, Pedro Infante, mentioned that the number of those incorporated into work and study thanks to the Chamba Juvenil platform is around 1 million 657 thousand. Of that amount, 864 thousand Venezuelans are receiving training in the levels of secondary, technical and university education, or in the apprenticeship program of the National Institute of Training and Socialist Education (INCES).

Far from enabling the reconstruction of Venezuela, as Guaidó vociferates, opposition leaders are responsible for managing and motivating operations that hinder that end.

Both actions of true recomposition of the social and economic context of the country have been sabotaged by the agenda of the local and international opposition. In September 2018 there were two incidents in Colombia and Argentina that delayed plans for the return of Venezuelans abroad. In both situations, the governments of these countries gave them an unusual treatment at the exit of the routes that delayed or made normal return impossible.

On the other hand, the promotion of coercive actions aimed at financially blocking Venezuela through the attack on the oil industry, contracts considerably any initiative for internal restructuring, also affecting employment integration programs such as Chamba Juvenil.

On other occasions, antichavismo has resorted to the emulation of its adversary by a clear sample of lack of political creativity and absence of its own agenda.

The opposition recognizes, in this way, that the political culture of the country is closer to the Chavista sidewalk than to its own, to the point that in the presidential campaigns of Henrique Capriles they had to promise not to repeal the Missions and Great Missions due to the acceptance and help that has given in the majority of the Venezuelan population.

On this occasion, the imitation of the resources developed by Chavismo occurs when the state of disarray of the Venezuelan opposition surpasses a new height, contributing to the growing rejection and loss of legitimacy that the leadership of Guaidó and his team is receiving from the opposition’s base (after the Cucutazo or Guaido-Gate).