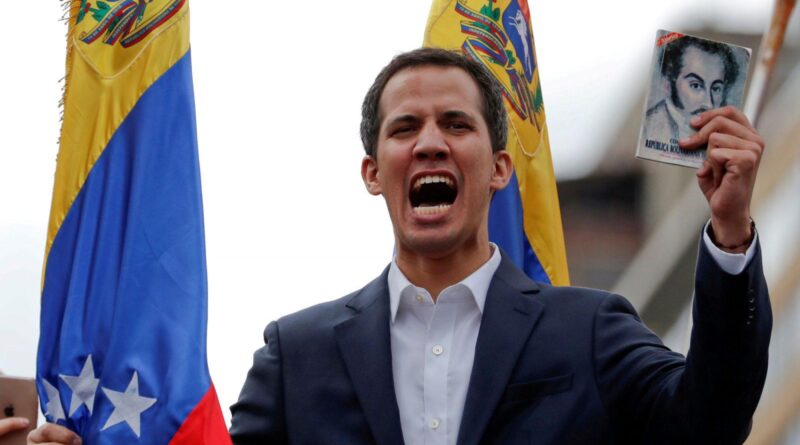 January 5, 2021.-  The Washington Post uncovered the plot by stating that Juan Guaidó contacted two businessmen in Miami to get cash by looting the property of all Venezuelans. In Venezuela, the complaints regarding the issue have been widely disseminated by Jorge Rodríguez, who served as Minister for Communication and Information in the country; the Post’s investigation delves into the details.

Entrepreneurs Jorge Reyes and Pedro Antar, who identified up to $40 billion in PDVSA assets throughout the Caribbean, were chosen to execute a scheme for which Guaidó himself, as Reyes told The Washington Post, called them in April. 2019. They met more than a dozen times with senior members of the US-backed opposition and their agents.

Great was the surprise of Reyes and Antar when they saw that the lawsuits to do business with Guaidó would have included an advance payment of $750,000 to a Florida company that, according to state records, is co-owned by Magin Blasi, brother of a senior official from the Venezuelan embassy controlled by the deputy in Washington. That company would also become their partner, the letter stipulated, sharing the 18 percent commission that the men had negotiated with Guaidó officials.

Throughout this plot we will see how the old names of the Venezuelan opposition politics are repeated or appear as the living dead in corruption schemes. Javier Troconis, Guaidó’s envoy, said he was introduced to Reyes and Antar by member of the National Assembly Carlos Prosperi, leader of one of the four main opposition parties that backed Guaidó, in December 2019. Guaidó’s co-equipper said also that Magin Blasi was also present at the meeting. Blasi is the brother of Fernando Blasi, the head of the commercial section of the Venezuelan embassy controlled by Guaidó in Washington.

There’s something for everyone: what the Washington Post says

If we expand the Post’s investigation, we will see that multiple proposed settlements involving Troconis are also revealed that would have required large and unusual payments. They include a prospective contract with the Paraguayan government with a commission of $26 million to be paid to third parties.

According to two drafts of the non-executed contract obtained by The Post, the agreement would have forgiven half of the debt of $269 million that Paraguay accepts that it owes Venezuela (Venezuela estimates the figure at $290 million).

In this case, what José Ignacio Hernández, Guaidó’s former attorney general, called a “disproportionate” commission to an Argentine lawyer named Sebastián Vidal, would have been paid. In the second draft of the contract, it is indicated that Vidal would have received 20 percent of the agreement, or more than $26 million.

The details of the plot are abundant: Javier Troconis said that he sent a letter to the lawyer Sebastián Vidal in January 2020 ending the negotiations because he had concluded that “it was not a good deal.” To which Juan Ernesto Villamayor, Paraguayan President Mario Abdo Benítez’s chief of staff, said that Guaidó asked the Paraguayan government in March to send the proposal to Hernández for review.

Once the contract was received in March, José Ignacio Hernández replied to the Paraguayans that it was not legally valid and that it would not be accepted. Hernández resigned as Guaidó’s attorney general that month.

Another proposed deal, to recover assets in a British bank, yielded the existence of a contract that Javier Troconis signed with a South Florida law firm to recover an account in Great Britain containing almost $1.7 billion from the Ministry of Food of Venezuela.

The numbers of the looting of Venezuelan assets

The world press reports as “exclusive” something that was already known and repeatedly denounced by the Venezuelan government: that Guaidó and his henchmen have stolen thousands and billions of dollars from the Venezuelan people.

It was September 2020 when the Attorney General of the Republic, Tarek William Saab, reported the opening of an investigation against the Caribbean Recovery Assets Consortium made up of the Lock In Capital and Global Risk Management companies.

The directors of the companies, Jorge Reyes and Pedro Antar, would have seized the assets of Venezuela in the Caribbean under a contract for 750 thousand dollars. During the investigations, evidence emerged of the distribution among various political parties of a total of $8.5 million delivered by the Simón Bolívar Foundation of the CITGO Branch—a foundation that, it’s worth remembering, provided funds from the state for the surgical intervention of Venezuelans, mainly children with serious health conditions, whose lives are at risk today.

What was published in The Washington Post shows that the application of US sanctions against the Venezuelan people and the rampant corruption among their anointed, with Guaidó leading the criminal ranking, make the economy and the lives of each fellow citizen scream.

We see starting the productive week of this 2021, the flight and the “social distance” that some journalists, economists, politicians of various castes, etc. apply to the subject. disengaging from responsibilities when seeing that it is an American medium that shows what the Venezuelan authorities have been denouncing to the world and judicially investigating. To those disbelievers of the Chavista sources, today it weighs on them: “he who is silent, permits.”

This Monday, January 4, even the Financial Times talks about Guaidó taking away his nickname as interim president and even throws him into the streets to transform his failure into tangible results.

The inauguration of a new National Assembly in Venezuela should raise an urgent discussion about the end of impunity. In whose hands are the assets that opposition politicians told the world that they would “recover” for all Venezuelans, that today line the pockets of Guaidó and his collaborators?

This Monday, January 4, the US Office of Foreign Assets Control (OFAC) issued a license that allows the Guaidó’s National Assembly to maintain operations with the United States.

The festival of the zamuros 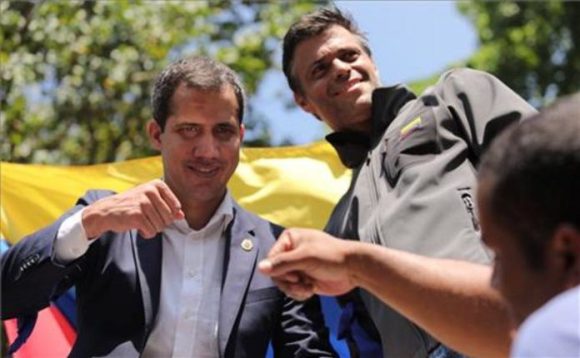 The theft of Venezuela’s resources by politicians from the opposition to the government of President Nicolás Maduro began with the appropriation by the United States of CITGO, a PDVSA subsidiary and Venezuela’s largest asset abroad. The country lost more than $5.2 billion, in net assets, as well as the income it received from the more than six thousand gas stations affiliated with CITGO. Added to this is the theft of the company Monómeros Colombo Venezolano SA carried out by the Government of Iván Duque and which ceded control of this company, a subsidiary of Pequiven, to Juan Guaidó.

The company, whose real boss is now the opponent Leopoldo López, the author together with Guaidó of the failed coup d’état last September, has lost 90 percent of its participation in the international market and 15 percent of the local Colombian market.

According to the web portal La Tabla, Monómeros Colombo Venezolanos SA in December 2020, barely managed to meet just over 50 percent of its budgetary and operational goals and had accumulated losses of more than $20 million.

Once the scandal was uncovered, it was learned that company executives were meeting with Venezuelan parliamentarians from the Energy and Petroleum Commission of the National Assembly in contempt. Deputies Jorge Millán and Tomás Guanipa participated there, according to a testimony from Calderón Berti, who knew how to be an ally of Guaidó until he turned on the fan of the filth.

Calderón also revealed the presence of the political leader and ex-governor of Zulia, Manuel Rosales, of the Un Nuevo Tiempo Party, and of senior executives of the Democratic Action Party, led by Bernabé Gutiérrez, Alfredo Chirinos and the deputy of the Democratic Unity Table Carlos Prósperi, who said they were acting on behalf of Henry Ramos Allup.

As La Tabla reported, they handed over large sums to the representatives of the political organization Acción Democrática, after being threatened, verbally abused, and demanding a large “vaccine” in dollars according to what they earned from payroll or contracts.

The destination of these contributions would be the city of Caracas, specifically to the personal coffers of the political head of said party Henry Ramos Allup, and the final destination, Spain, to be managed by his front man.