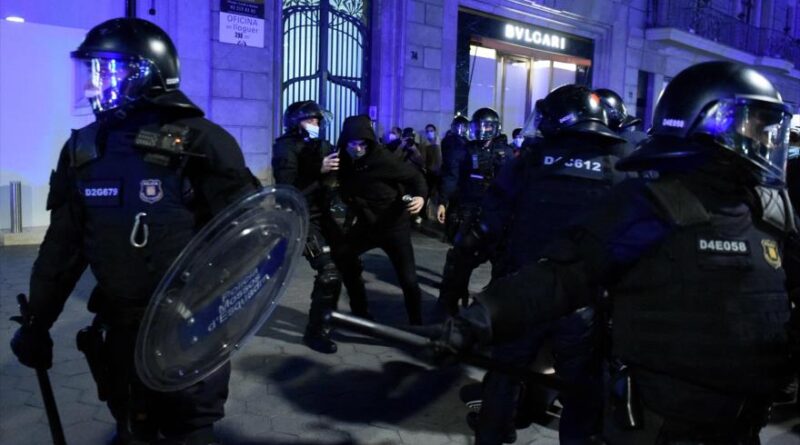 A survey indicates that the arrest of rapper Pablo Hasél shows the lack of freedom of speech in Spain and the high overprotection of the Crown.

In an online poll carried out this week on its website, Iranian news network HispanTV asked readers what evidence there was for the arrest of Catalan rapper Pablo Hasél, which took place last week on a charge of publishing tweets against the Spanish monarchy.

82.5% of readers believe that this measure shows the lack of freedom of expression in the Iberian country and an overprotection of the Spanish Crown.

10.9 percent of the participants in this survey consider that the arrest of the Catalan rapper shows the need to reform the Citizen Security Law, known as the Gag Law, because it limits freedom of expression in Spain. This regulation was approved by the Popular Party (PP) in 2015.

This is Barcelona, Spain, tonight. Pablo Hasel protests are not a minor event anymore. 5th day in a row! https://t.co/nAxF3hshvy

Meanwhile, according to 6.6% of the participants in the survey, Hasél violated the laws concerning defamation, as well as glorification of terrorism and his arrest by the Spanish authorities was therefore completely legitimate.

The arrest of the 32-year-old singer has generated a wave of criticism throughout Spain. Hours after his arrest, several demonstrations took place in the Spanish capital of Madrid, as well as Barcelona, ​​Lleida and Catalonia, and the protests have continued for five days in a row.

However, Spanish police, known for acting with an iron fist against protesters, used tear gas to disperse those protesting the rapper’s arrest. In some places, video footage published on social media captured several incidents where the police can be seen clearly exercising an excessive use of force.

For its part, the human rights organization Amnesty International (AI) has warned that Hasél’s imprisonment is an “unfair” measure and has demanded reform of the Spanish Penal Code, arguing that it violates freedom of speech. “No one should be criminally prosecuted just for expressing himself on social media or for singing something that may be disgusting or scandalous,” said the NGO.

Hasél has been sentenced to nine months in prison and six years of disqualification for a crime of glorifying terrorism. In his lyrics, the Catalan rapper denounces the country’s police for torturing the protesters, in addition to questioning the Spanish Crown.

Featured image: 5th day of protests in Spain after the arrest of anti-monarchist Pablo Hasél. Photo by HispanTV.