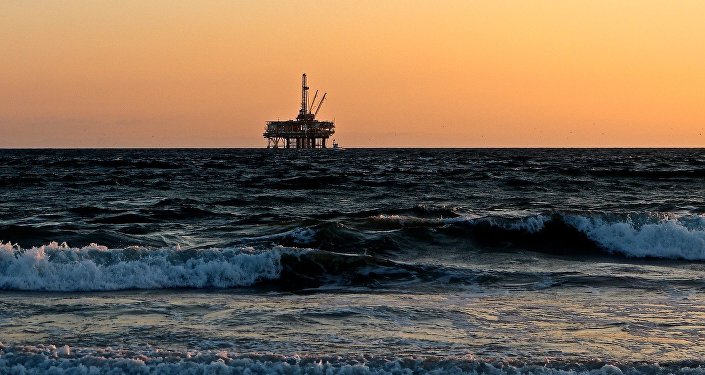 Why is Canada pushing Guyana, an impoverished nation of 800,000 people, into conflict with Venezuela while helping multinational corporations grab its oil?

Recently, Canadian officials criticized Venezuela’s position regarding its territorial dispute with Guyana, which sits on the northeastern tip of South America. Soon after the United States put out a statement on the long-running border conflict between the two nations, the High Commission of Canada to Guyana declared “Venezuela’s recent claim that it has sovereignty over the area adjacent to Guyana’s coast is concerning. The decision is in the hands of the International Court of Justice and this judicial process must be respected.”

The Canadian and US statements were in response to Caracas criticizing an International Court of Justice ruling and a joint US-Guyana coast guard exercise in disputed waters that took place on January 8. After that patrol, Admiral Craig Faller, Commander of the US Southern Command Admiral, spent three days in the former British colony. During Faller’s visit the two countries signed a bilateral defence cooperation agreement. The deepening military ties come on the heels of the first-ever visit to the country by a US secretary of state. In September, Mike Pompeo met new Guyanese President Mohamed Irfaan Ali, who Washington backed during an election dispute that paralyzed the country politically for months.

Ottawa also intervened aggressively in the controversial election. Canadian officials released multiple statements critical of the previous government and the vote counting. Apparently, Guyana’s new government is more willing to lend itself to the US-led campaign against Venezuela and to foreign oil interests at the centre of the resurgent territorial dispute.

Washington was once on the other side of the territorial dispute that nearly led the US to invade Canada. At the end of the nineteenth century, British encroachment into what Venezuela considered its territory prompted Washington to assert the Monroe Doctrine, which granted it the “right” to intervene in the internal affairs of countries in the hemisphere. As conflict between Washington and London escalated, Canadian officials worried that war would lead to a US invasion.

Ultimately the dispute was resolved through international arbitration, and this was disastrous for Venezuela. Washington legitimated its interventionist Monroe Doctrine and Venezuela lost 90 percent of the territory. London then made a deal with the deciding Russian officials to support its claim. When the underhanded nature of the accord came to light decades later, Venezuela renewed its claim to the disputed territory.

In recent years the dispute has been rekindled due to the discovery of large amounts of oil in the sparsely populated and resource-rich Essequibo province, which makes up the western two-thirds of Guyana. Prior to ExxonMobil’s discovery the Venezuelan government called on the company to stop drilling. In 2015 Caracas also sent a cease-and-desist letter to Toronto-based Guyana Goldfields, which operated a large gold mine in the disputed area.

While the Guyanese are largely united regarding the territorial dispute, the oil discovery has been controversial. There are concerns over the impact of pollutants on communities and fisheries as well as oil spills, which the government will pay to clean up according to its agreement with Exxon. Many in the climate-vulnerable coastal nation are also troubled by the greenhouse gas emissions that will be released. There is also criticism of highly preferential royalty rates.

In February 2020, Global Witness reported that Exxon’s sweetheart deal deprived Guyana of billions of dollars in potential revenue. The report, “shows how the oil major used aggressive tactics and threats to pressure inexperienced Guyanese officials to sign the deal” for the Stabroek Block, a deep-water oil prospect about 190 kilometres offshore Guyana on which Exxon has made several discoveries since 2015.

Amidst significant political backlash, former Alberta Premier Alison Redford was appointed in August to lead a review of Exxon’s massive planned Payara offshore oil field (the third project in the Stabroek Block). Redford’s ties to Exxon should have made her appointment controversial. In fact, Exxon’s 60 percent Canadian-owned subsidiary, Imperial Oil of Canada, is highly influential in the province she once lead. During Redford’s time as a minister and premier of Alberta, Imperial contributed an average of $10,000 a year to her Progressive Conservative party.

Redford’s appointment was also controversial since Ottawa “identified her” to Guyana’s new government and funded the process. Canada’s High Commission also paid for Redford and other Canadian consultants to review Exxon’s proposal.

On October 1, researcher Bob Thomson submitted an access to information request for “a copy of the contract between the High Commission and/or Global Affairs and Ms. Redford and/or the company she represents and any terms of reference related to that contract,” as well as “copies of any correspondence between the Canadian High Commission, Global Affairs Canada and the Government of Guyana related to Canadian expectations, interests or benefits from Canadian taxpayer funding of this review.” Despite the law giving the government 30 days to respond (and a possible 30-day extension), the access request has yet to be fulfilled.

The Canadian government openly promotes oil interests in Guyana. They recently announced that their Trade Commissioner Service “laid the groundwork for approximately 20 partnerships between Canadian and Guyanese private sector organizations in the oil and gas sector.”

In a December story titled “How Guyana is emerging as the new frontier for N.L.’s oil services sector,” CBC described a “swarm of companies from the Newfoundland and Labrador oil services sector that is making a play for business in Guyana.” 175 firms participated in a virtual Guyanese trade mission organized by Newfoundland’s oil industry association and the High Commission facilitated a “capacity building” accord between Guyana and Newfoundland’s Ministry of Natural Resources. Toronto-based Cataleya holds a 25 percent stake in another Exxon-led project adjacent to Stabroek with the rights to drill in a 3.3 million-acre area.

Last month, outgoing Canadian High Commissioner to Guyana, Lilian Chatterjee, urged Guyanans: “Don’t resist foreign investment but use your judgement on who you can trust.” Canada is more trustworthy, she said, because “we were here when you had no oil. We have been a strong and reliable friend for more than a century and we have supported your development all along the way.”

As I have detailed in Canadian Dimension, Ottawa tried to annex British Guyana in the early 1900s and Canadian troops were deployed there during the Second World War. Traditionally, the leading powers in Guyana have demonstrated considerable trust in Canada. In the 1950s the British spy agency MI6 asked Ottawa to place a “special economic adviser” in leftist Prime Minister Cheddi Jagan’s government to monitor and influence policy. When he returned to power a decade later—the British ousted him in 1954—the CIA sought Canadian support to strengthen labour opposition to Jagan. A US cable explained, “it might be good idea if US union movement could find Canadian to send in to” stoke anti-government agitation (previously, Canadian Congress of Labour executive member Charles Millard argued that aid to Guyana was “in the interests of Canadian security,” partly because it would undercut Jagan’s bid to nationalize the Alcan dominated bauxite industry, which would be “detrimental to Canadian interests”).

Indeed, little has changed over the decades. Ottawa is helping wealthy corporations grab Guyana’s oil and is pushing the country into conflict with Venezuela as part of a wider effort to destabilize an enemy of Washington.