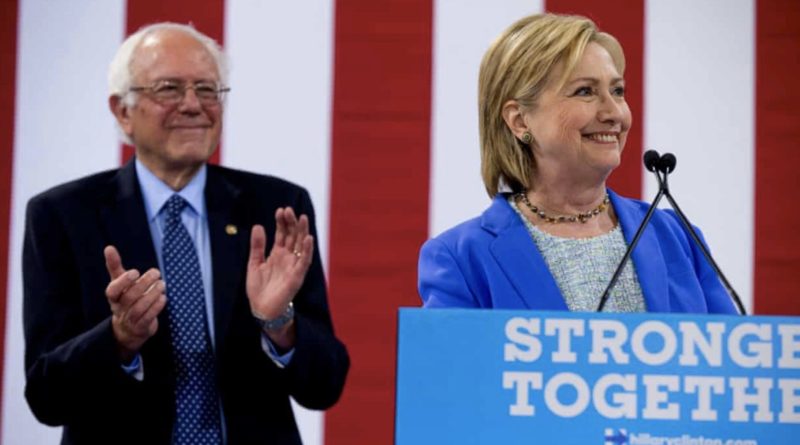 In the United States especially, the capitalist class has mastered the task of co-opting the aesthetics of revolution. Politicians from both major parties often try to convince voters that they represent something change-making or rebellious, often with vague statements about how their pro-bourgeois policy proposals will bring back the middle class or clean up the political system. The utter phoniness of this kind of rhetoric was revealed to many when Barack Obama, who created inspiring cultural memes about “hope and change,” oversaw the continued deterioration of the American Middle Class and expanded America’s wars.

Yet in recent years, progressive Democrats like Bernie Sanders and Alexandria Ocasio-Cortez have managed to put a much more appealing spin on these old promises of change, one that gives many people a genuine sense of hope. These politicians promote a Green New Deal, promise to enact universal healthcare, and put an emphasis on fighting the billionaire class. So new versions of the “hope and change” memes have spread throughout much of the American left, centered around the idea that the people can enact a “political revolution.”

For four years, this idea has been strongly present on the American left, with seemingly most of Sanders’ supporters from 2016 continuing to back him and progressives like Ocasio-Cortez having won in 2018 because of this populist wave within the Democratic Party. But before one decides to find these developments inspirational, and whether they want to advance them further by continuing to vote for progressive Democrats like Sanders, they should ask themselves two questions: what has the Bernie movement actually done so far, and what is its endgame?

American leftists might point to how Sanders and his allies have moved the country closer to Medicare for all, and how they’ve helped with the passage of free college bills and a $15 minimum wage in some places. But expand your vantage point to examining the Bernie movement’s relationship to imperialism and colonialism, and you’ll find a great deal of troubling events.

What about when Sanders, who supports continuing America’s drone program, introduced a resolution in 2018 that’s helped normalize the War on Terror? What about when Sanders has promoted cold war propaganda about Russia and China, vilified Nicolas Maduro, and called for Syrian regime change while slandering Assad with disproven “gas attack” allegations? What about when Ocasio-Cortez voted for the NATO Support Act days before the Trump administration began its coup attempt in Venezuela last January? Or when Ocasio-Cortez and Tulsi Gabbard voted for Trump’s war budget last year? Or when Ocasio-Cortez met with Bolivian coup organizers after Evo Morales was overthrown by fascists last November?

This willingness among progressive Democratic politicians to aid imperialism stems from deep ideological biases, ones that pertain to the bourgeois colonialist interests these politicians choose to serve. All of the politicians I’ve mentioned oppose the decolonization of Palestine because abolishing Israeli settler-colonialism would work against the interests of the United States. All of them have supported American militarism in some form or another because their ultimate goal is to advance American power. Bernie Sanders has slandered Kim Jong Un as a mass murderer because Sanders isn’t trying to help anti-imperialist countries like the DPRK; he’s trying to help the U.S. subdue them.

“Sanders is not a socialist,” columnist Patrick Martin wrote this week. “He is not seeking public ownership of industry or nationalization of the giant corporations. He wants to tax the wealth of the billionaires at a slightly higher rate, not confiscate it to use it to meet social needs. He cites as his models the wholly capitalist countries of Denmark and Sweden, and even Germany, where the neo-Nazis are the main opposition party in parliament and dictate policy to the coalition government headed by Angela Merkel.”

These are the inescapable realities of what the Bernie movement’s priorities are. It isn’t a stepping stone towards socialist and anti-colonial revolution, it’s an effort to fortify American power and the stability of the capitalist system. Sanders hopes that like FDR, he’ll prevent the collapse of American capitalism by expanding social programs and regulations. These realities about the “socialism” that the Sanders camp offers were demonstrated when Ocasio-Cortez proposed a Green New Deal that consists not of implementing ecosocialism, but of encouraging corporations to profit from “green” technologies.

This is ultimately as far as Sanders, Ocasio-Cortez, and the other progressive Democrats are willing to change society. And if anyone tries to actually overthrow the systems of U.S.-led bourgeois exploitation and imperialism, whether they’re the Palestinians or the American proletariat, they won’t get support from these progressives.

Not everyone who identifies as a progressive or who supports social democrat politicians fits this category. There’s a growing sense among American leftists that capitalism needs to be overthrown, and that all facets of U.S. imperialism must be dismantled. But aside from these people who are continuing with their political radicalization and learning more about the systems of oppression, I’ve also noticed a strain of people who are decidedly opposed to communism and anti-imperialist nations, and who see the Bernie movement as the conclusive solution.

It’s no surprise that the commentator David Pakman, who’s mainly expressed sympathy for Sanders, has joined Sanders in vilifying Venezuela’s indigenous socialist Chavista movement throughout the last year. This kind of subservience to American imperialism reflects the desire among social democrats to nurture U.S. capitalism through systemic tinkering; Bhaskar Sunkara, the editor of the pro-Sanders magazine Jacobin, wrote a book last year where he imagined Sanders and other social democrat presidents trying to implement a Sweden-style welfare state throughout the next several decades.

In the core imperialist countries, social democracy is a utopian idea that’s popularized when a great deal of people come to desire more economic equality. It tells us that the problems of capitalism can be fixed without fundamentally changing society, and that the commitment of militant revolutionary communism isn’t necessary. When one embraces this tempting mindset, it can be easy to make the next steps in conceding to the bourgeois political structure. When Ocasio-Cortez says that the left must “rally” behind the 2020 Democratic nominee “no matter who it is,” this reasoning can feel agreeable; when Sanders demonizes socialist leaders like Maduro and Kim Jong Un, it can be easy to rationalize this.

But these things don’t represent leftism, and they certainly don’t represent communism. They’re an attempt to stop the popular development of class consciousness by keeping leftists from breaking with the Democratic Party. History has shown that progressive movements aren’t able to move the Democratic Party away from capitalist interests, and the progressive movement that’s currently trying to move the party to the “left” isn’t even anti-capitalist itself. There are plenty of Leninist, Maoist, and otherwise revolutionary organizations in this country, and getting involved with them presents a far more promising path than what this latest Democratic reform effort has to offer.