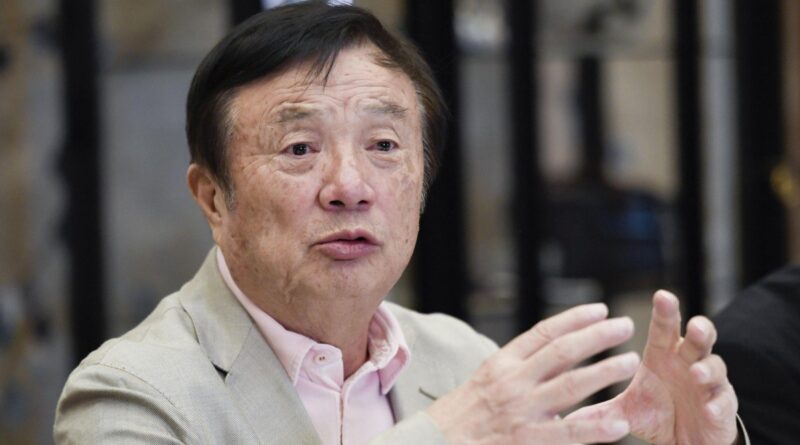 As American companies grapple with potential losses and delays due to US restrictions on Chinese telecommunications giant Huawei Technologies, those from another emerging global superpower may benefit instead.

“After the United States included us in the Entity List, we transferred our investment in the United States to Russia, increased Russian investment, expanded the Russian scientist team, and increased the salary of Russian scientists,” Huawei founder Ren Zhengfei said during a visit to top Chinese universities last month, according to a post by Shanghai Jiao Tong University on its official WeChat account on Sunday.

Huawei is the world’s largest telecommunications equipment vendor, and also overtook Samsung to become the biggest smartphone manufacturer globally in the second quarter.

However, the Shenzhen-based company has become a pawn in the great power game between the US and China, and faces a life or death situation with Washington’s latest move to tighten its grip over Huawei’s access to US core tech like semiconductors.

Richard Yu Chengdong, chief executive of the company’s consumer business group, admitted earlier this month that the company may not be able to ship handsets with its high-end Kirin chips after this year owing to US trade sanctions.

At a summit in the eastern Chinese city of Qingdao over the weekend, Yu said the company was still “trying to find a way to cope with the US ban on chips”, according to local reports.

In his comments to the universities last month, Ren said that Huawei would have to “remain on the path of self-improvement and open up” to survive. “If you want to be really strong, you must learn from everyone, including your enemies.”

Aside from investing more in other countries, Huawei’s plans to stay afloat also include focusing more on its budding cloud business, according to a Financial Times report on Sunday.

The company put its cloud computing unit, which still has access to US chips, on an equal footing with its smartphones and telecoms equipment businesses in January, according to the report.


Semiconductor suppliers affected by the sanctions are also continuing to lobby the Trump administration to loosen its latest restrictions. US chip suppliers like Qualcomm, which counted Huawei as a major customer, have been trying to get approval to resume sales to Huawei, while Taiwanese chip designer MediaTek has applied with the US government for a licence to continue supplying chips to the Chinese company.

RELATED CONTENT: China Warns of “Accidental” Military Confrontation with US

And while Ren said that “some US politicians want Huawei dead”, he reiterated that the company harboured no ill will toward the country.

“No matter what, we will never hate the United States. It is only the impulse of some politicians, and does not represent American companies, American schools, and American society,” he said in a speech during his visit to the Chinese universities.

Celia Chen is a tech reporter for the Post, covering companies such as Tencent, JD.com and Foxconn. She also covers start-up news and China’s tech world. Prior to joining the Post, she worked for China Daily.