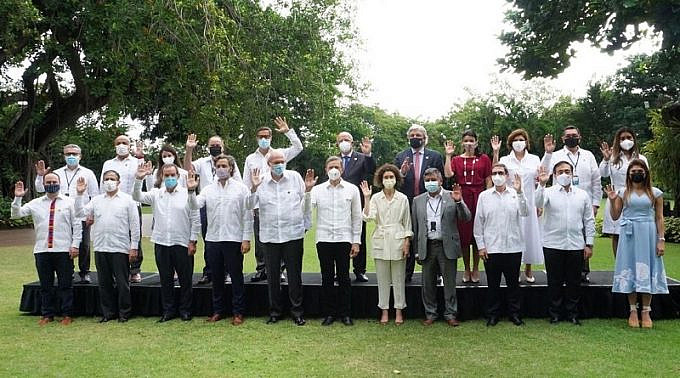 On Friday, November 26, 22 Ibero-American foreign ministers approved a joint declaration in which they urged all countries to refrain from applying unilateral economic, commercial, and financial coercive measures that affect the ability of countries to face the COVID-19 pandemic.

The news was communicated by Cuban Foreign Minister Bruno Rodríguez as part of the First Ibero-American Foreign Affairs Ministers Meeting, ahead of the 28th Ibero-American Summit, which is taking place in Santo Domingo, Dominican Republic, and where the declaration was approved.

Regarding the declaration, Cuba denounced that, in the last year of Donald Trump’s mandate alone, in the midst of the coronavirus pandemic, the United States applied 60 new unilateral coercive measures against Cuba.

According to the Ibero-American General Secretariat (SEGIB), the main focus of the meeting has been post-COVID recovery in the economic, social, technological, educational, and environmental spheres.

The Foreign Ministry of the Dominican Republic stated that member countries have also sought to build “regional consensus for a green and fair economy, focused on the well being of the people.”

New head of the SEGIB
The meeting also included the election process for the new SEGIB head, as the post has been vacant since Costa Rica’s Rebeca Gryspann completed her mandate in September, and became the new secretary general of the United Nations Conference on Trade and Development (UNCTAD).

At the moment, Marcos Pinta Gama, from Brazil, is the acting Ibero-American Secretary General.

Featured image: according to the Ibero-American General Secretariat (SEGIB), the main focus of the meeting has been post-COVID recovery in the economic, social, technological, educational and environmental spheres. Photo: Ciudad Alba.