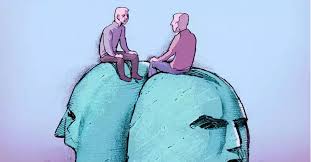 What is currently happening in Venezuela is a confluence of ignorance and stupidity catalyzed by polarization.

Ignorance is a global problem, not only of Venezuela. It is not ignorance of instruction, ideology, religion, etc. (hopefully and only that). It is a situational ignorance in which the individual is unable to identify the situation, to recognize himself within it and to set a free and conscious position with a course of action or reaction. It is rather the reverse, when this kind of ignorance operates, it is situations that tend to define individual behavior.

Stupidity is not an exceptional or new problem either. In the Venezuelan case it is necessary to consider the emotional one; that is, an emotional act without rational mediation that gives the individual a certain immediate satisfaction given by the fact of being able to display his emotionality, but with results that are not convenient for the collective or for himself. Think of a soccer player who, when he commits a foul, reacts by committing another one that results in his expulsion from the game. With emotional stupidity they usually incur two errors of appreciation. The first is to believe that intelligence or instruction mitigates its occurrence; sometimes it’s the other way around. The second is to underestimate the influence of emotions on their commitment and the duration of the stupid attitude. The more emotional a situation is to an individual, the more likely it is that he commits stupidity and holds it. And this should not surprise us because emotions make it difficult for us to be rational.

But what happens when ignorance is combined with stupidity? And how can they be combined? This is where polarization intervenes, that is, the discernment of beliefs and perceptions as belonging only to two opposing and excluding poles. On the one hand, situational ignorance not only prevents us from distinguishing options different from those posed by polarization, but also severely limits the means to free ourselves from it. On the other hand, since polarization is highly emotive, stupidity is the order of the day. In this way, faced with misery, masses of ignorant individuals, unable to understand their environment, react stupidly to simple emotional stimuli and increase the misery of their situation, sometimes even at the risk of their own destruction. This combination is viciously reinforced by the individual belief and feeling of understanding and controlling the circumstances.

This phenomenon is not unprecedented. It is the main form of mass control to which the powers appeal. History is full of similar episodes. It was thus for examples that the Crusades followed one another, human beings were burned for witchcraft and the Inquisition was the enemy of science. What is relatively recent is the speed with which these confrontations are assembled and orchestrated. In the past it took decades to create polarized environments because communication was neither rapid nor massive. But with the appearance of the written press and its massification, weaving environments of polarization began to be quickly and effectively orchestrated by the interested powers.

We then arrive at the present in line with the “social networks” controlled by very few powers. And there we find our ignorant, idle, because you have to have time for it, surfing social networks and stupidly listening, watching, reading, puncturing and spreading everything you find, believing in control of the situation, under a false sense of erudition , thinking that the truth is there, completely unaware that the power not only shows him what suits him, but that he does it in the most attractive way to seduce the ignorant to display his stupidity. There is no benefit to this individual beyond the ephemeral sense of control or false freedom of expression. On the contrary, the power keeps its privacy and learns more with him about mass manipulation. In this broth, polarization is very fertile and convenient to the interests of the great powers.

Thus, when we examine the Venezuelan case, we see two poles. On the one hand we see a mass in favor of the government refusing to recognize that there is a severe economic problem and that in this, although there are certainly external causes, there are also strong internal causes with full and exclusive responsibility of the government. On the other hand, we see the opposition masses, genuinely overwhelmed by the economic crisis, celebrating sanctions that will clearly aggravate their own individual situation and ardently longing for a war that would surely worsen the crisis.

What can be done to break this vicious circle? Personally I can not know, because in a way I am also an ignorant, but I can dare to suggest some basic guidelines.

Bertrand Russell, who meditated and dealt with the polarization of the Cold War, suggested two great tips for future generations. The first, of an intellectual nature, recommended that in the situation examined asked yourself about the facts, only for them, the truth behind them, without ever deviating for what you want to believe or for what you think it is more convenient to believe. The second advise, of moral character, said that love is wise and hatred is foolish; that it is better to live together among the differences than to die together because of them. In this sense, we must find ways to coexist in tolerance that avoid or break the polarization.

Here is an incision to point out the poor, shameful and opposite role that in the sense of Russell has played the Venezuelan University, which, far from helping to combat ignorance, has actively contributed to propagate it and systematically and odiously has been dedicated to polarize our society  even more.

I will dare to provide a third advice. It’s about bravery, what we call courage. Intellectually, we are naturally reluctant to be deceived, but once we accept deception, we are even more reluctant to be disappointed. So we need courage to consider that they show us and even assent that we have been deceived. In the moral, we need courage to accept that others have opinions that are very unpleasant. In addition, we need courage to take the initiative, to listen to the other and be willing to grant reason or even to sacrifice our interests in pursuit of an agreement that is collectively more beneficial. Achieving agreements between poles is risky, and for this also courage is required.

I do not know the exact form in which these recommendations can be expressed, but the probable actors seem obvious to me: President Maduro himself along with the people of his executive entourage, and the members of the opposition who have responsibility and a political voice. The three features of ignorance, stupidity and polarization attributed to the masses can also be attributed to these interlocutors, with the enormous difference that in their actions there is still a bit of power and time to reach an agreement that allows us to live peacefully as country before situations get out of hand and external entities, with different interests, decide to intervene. In other words, what for a long time various agents have come and are still saying: a dialogue with the promise of reaching an agreement.

Now, with the aim of enabling better conditions and probabilities of success, I encourage you to make three general recommendations.

In the first place the dialogues must be public. This does not mean that they are transmitted in real time, but it must be agreed in advance to ensure that everything discussed will be immediately available at its end, whatever the course, public and historical scrutiny. In addition, at the end of each meeting should be widely reported what was discussed. This public character is essential so that the interlocutors of that dialogue and the masses can recognize their ignorance and their errors.

Secondly, the pact must be established that the two parties will recognize their errors and that this recognition will be mutual, under the conviction that none can be totally right in their favor and have been infallible. Among other things, the government could publicly admit that it has committed major economic failures; for example, having maintained a double exchange rate, having tolerated and promoted corruption and having been inefficiently executive. On the other hand, the opposition could also publicly acknowledge that numerous times it has insisted on taking power by illegitimate and violent means and that it has been a participant in international actions against our economy.

Thirdly and finally, the progress of this dialogue activity must be disseminated under a single spokesperson and agreed between the parties, and not that each one separately gives its version of what happened or, worse, that agents other than the spokespeople report or speculate about the dialogues. The agreements must be disseminated and respected immediately to your seal, instead of waiting for everything to be agreed. It is better to have partial agreements than to have none.

To conclude, I want to express that personally it seems to me that it is currently probable that our current political situation will be solved with relative pacifism. The government could resist, as it has done before, until the opposition and international pressure get somewhat tired. Or perhaps a coup d’état or some other form of government change could occur. Or it could be much worse, an institutionalization of violence or even a war, external or civil. But whatever the outcome, if a process of open dialogue, transparent, sincere and with mutual willingness to give way is not developed, whatever happens would be like closing the wrinkle and buying time, because the underlying problem, which is our extreme ignorance, stupidity and polarization, would remain in force. Having differences, however extreme and exclusive they may be, is normal in societies. What is not normal, and certainly is very vicious, is not to resolve them and procrastinate them.