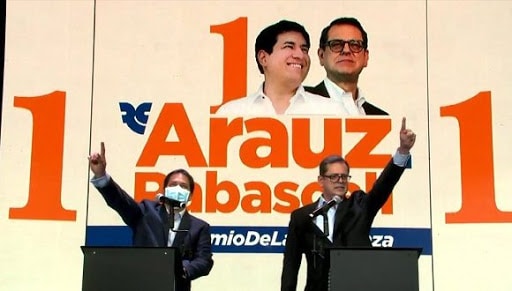 Today, February 2, former Ecuadorian President Rafael Correa alerted Ecuador and the world of a new attempt to suspend the elections due to take place next Sunday, February 7.

“New attempt to suspend elections! They know they will lose in the first round and they are desperate. Now they are trying through the TCE [Electoral Contention Court], letter received yesterday by Judge Ángel Torres (the worst!). Álvaro Noboa already announced this morning that elections would be postponed for two months. Inadmissible!” wrote Correa on his Twitter account.

According to the former president, this is a new attempt to postpone the elections due to the concern of the Government and its allies about the triumph of progressivism in Ecuador.

Following his 2017 presidential victory, Lenín Moreno—former vice president under Correa— betrayed the electorate of Ecuador, abandoning progressive policies put in place by Correa. Moreno received significant loans from the International Monetary Fund (IMF) and implemented a neoliberal economic program dictated by Washington and the IMF, submerging the country into a deep economic crisis and losing his popular support.