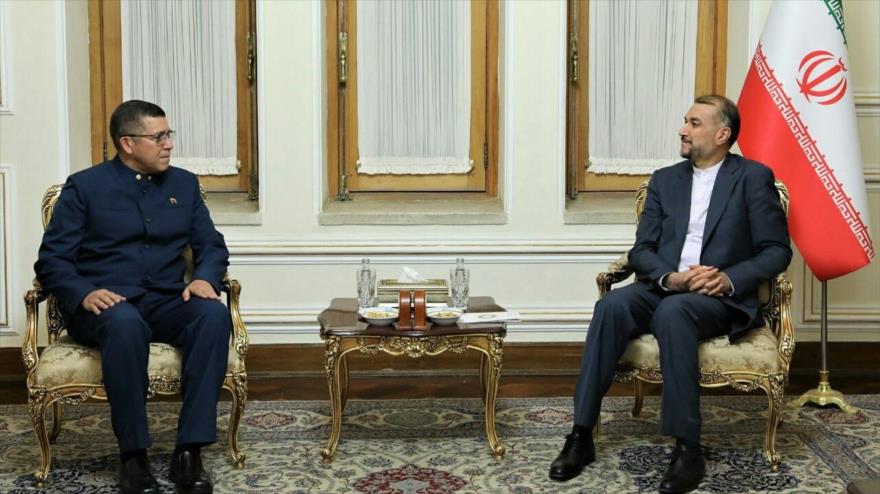 Iran and Venezuela are committed to strengthening ties and implementing the agreements signed between the two countries during the visit of President Nicolás Maduro to Tehran.

During a meeting held this Monday in Tehran with the new ambassador of Venezuela to Iran, José Rafael Silva Aponte, the Iranian foreign minister, Hosien Amir Abdolahian, referred to Maduro’s recent visit to Iran as “an important stage in relations between the two countries”.

Iran’s top diplomat emphasized the importance of putting into practice the agreements reached between the authorities of the two nations during the aforementioned historic visit.

The Venezuelan ambassador, for his part, conveyed the cordial greetings of his country’s authorities to his Iranian counterparts, and confirmed Venezuela’s commitment to strengthening bilateral cooperation during his mission in Iran.

Silva Aponte presented his credentials to the foreign minister of the Islamic Republic of Iran. The diplomat participated in the civic-military rebellion of 1992, a feat led by then Lieutenant Colonel Hugo Chávez, against the regime of Carlos Andrés Pérez. Silva Aponte was commander of the Venezuelan Air Force as recently as 2020 and had a military career dating back to 1992. In addition, he was a companion of one of the crew members of the Venezuelan Boeing 747 aircraft held in Argentina with Iranian and Venezuelan crew members.

Venezuela in Solidarity With Iran After Terrorist Attack in Shiraz

Iran and Venezuela have substantially strengthened their ties for years, with cooperation and joint initiatives to deal with US sanctions.

The two countries support each other in their sovereign development and in the face of pressure from Washington. Along this path, they have signed various agreements that cover sectors such as energy, science, oil, defense, culture, economics, and food, among others.

Last June, Maduro, at the head of a high-level delegation, arrived in Tehran. During his visit, the Venezuelan president strengthened bilateral cooperation with the signing of a strategic 20-year pact with Iran.