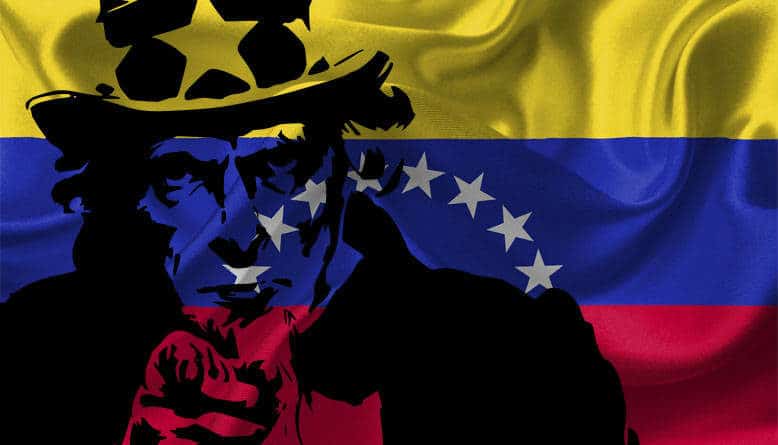 Abrogating the “right” to speak on behalf of the international community, the Secretary of State or head of the US Diplomacy, Mike Pompeo, once again interfered in the internal affairs of Venezuela, through his Twitter account. He said that one of the conditions for free and fair elections in the country is that there be a rapid negotiated transition to democracy. The tweet has a link to the official document.

Today the international community reminds #Venezuela of the conditions needed for free and fair elections there. A swift negotiated transition to democracy is the most effective and sustainable route to peace and prosperity in Venezuela. https://t.co/XnpXaOm5ax

“A swift negotiated transition to democracy is the most effective and sustainable route to peace and prosperity in Venezuela,” Pompeo said, who on Tuesday announced that the White House will continue to support the self – proclaimed “interim president”, Juan Guaidó, former president of the Parliament, which earned him the dig “failed Clown” from the President of the Republic, Nicolás Maduro.

The chancellor of the Republic, Jorge Arreaza, warned hours earlier about another interventionist document that the US distributed to several foreign ministers seeking “support” for intervention in the next parliament elections: “it seems that they have renounced the task of a Presidential election (…) and are now seeking to intervene in political and administrative processes,” he said.

Anti-Chavista journalist, Vladimir Villegas during his Union Radio show expressed his “excitement” for the way the US is switching from the Guaido strategy to parliamentary elections strategy, without blinking a second for the grotesque interventionist stand of this new US meddling in Venezuelan internal affairs and in Venezuelan elections.

You can read below the full text of this new evidence of US meddling in Venezuelan internal affairs, showing how the US government pretends to behave as a political actor in the Venezuelan electoral debate:

A broadly acceptable, negotiated transitional government must be responsible for overseeing elections. Independent electoral authorities run and administer an election. In the Venezuelan context, this includes:

Elections must be open to all parties and candidates. In the Venezuelan context, this includes:

Unrestricted media/telecommunications/internet access to independent news sources and equitable airtime must be available for all candidates, parties, and the electorate. The former Maduro regime must not be allowed to dictate the content of independent media actors. This includes allowing the exercise of the rights of peaceful assembly and freedom of expression without repression, reprisal, or politically motivated disruptions of service.

The United States and its partners issuing this statement intend to:

“The US is trapped in the failure of the Guaido project, they know the clock is ticking against anti-Chavismo control over the National Assembly after the next parliamentary elections. No one in anti-chavismo is expecting -under current circumstances- to win the elections and the only possible next US move will be to discredit the Electoral Council (CNE) and order its cronies in Venezuela not to run,” said OT’s editor, Jesus Rodriguez-Espinoza.

“That strategy is also counter productive because currently there are strong tendencies within anti-Chavismo and Chavisto to find common ground and avoid polarization. A proof of that is the change of correlation in AN’s board as well as the formation of a bipartisan congressional committee to choose the new CNE board,” he added.