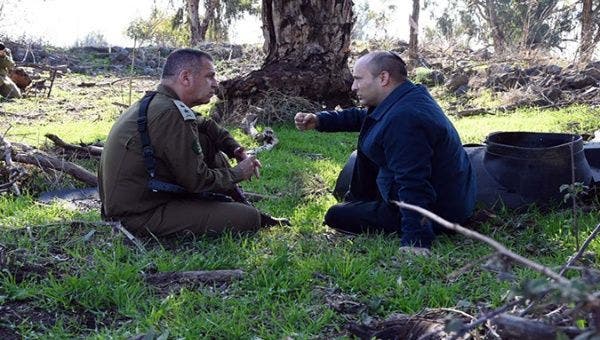 Defeated in Gaza, Israeli political parties intend to get rid of Netanyahu

Although he is a master political survivalist, Israeli Prime Minister Benjamin Netanyahu seems to have managed to unify most Israeli political parties against him. The bad news is that his most likely successor, Naftali Bennett, is one who has said that Palestinians are committing “self-genocide” in order to claim the world’s attention.

In March, Netanyahu’s right-wing Likud party won the most seats in the parliamentary elections, but with a mere 30 failed to secure an outright majority.

This is Naftali Bennett, the man who will likely replace Benjamin Netanyahu as Prime Minister of Israel.

In 2014, Israeli occupation forces murdered four Palestinian boys playing on the beach in Gaza. Bennett was asked about the atrocity on CNN. This was his response: pic.twitter.com/liaWZukMXJ

Netanyahu was then tasked by Israeli president Reuven Rivlin with forming a coalition cabinet within 28 days, but the embattled premier missed that deadline on May 4.

On May 5, Rivlin tapped opposition leader, Yair Lapid, 57, a former television host and finance minister, whose centrist Yesh Atid party came in second in the March vote by securing 17 seats at the 120-member Israeli parliament (the Knesset).

Like Netanyahu, Lapid also has a 28-day deadline, which will expire on Wednesday night, to form a coalition cabinet.

Politicians opposed to 71-year-old Netanyahu were in intense talks ahead of the deadline, as a ceasefire remained almost intact between Israel and the Palestinian resistance, following the regime’s devastating 11 days of aggression against the besieged Gaza Strip.

This is while Netanyahu, who has been in power consecutively since 2009, spares no effort to block Lapid’s path to the high office, as the premier, who is currently on trial for criminal corruption, successfully did with Lapid’s predecessor, Benny Gantz.

However, Lapid is seeking to build up a diverse alliance, dubbed by the Israeli media as a bloc for “change,” which would include the nationalist hardliner Naftali Bennett, whose Yamina party holds six seats, as well as Arab-Israeli legislators.

Lapid is so determined to unseat hawkish Netanyahu that has even offered to share power and allow Bennett to serve the first term in a rotating premiership.

The possible new government of the leader of the Yesh Atid party will also include the centrist Blue and White party of Benny Gantz and the New Hope party of his former ally Gideon Saar.

The Yisrael Beitenu party of Avigdor Liberman, Netanyahu’s friend-turned-foe, as well as Labour, and the dovish Meretz party would also join the coalition.

Furthermore, the alliance will likely be in need of support from advocates of Jewish settlements in Palestinian territories as well as of Israeli Arab legislators of Palestinian descent.

In a last-minute bid to further cling to power, Netanyahu reportedly offered a rotation agreement of his own to Bennett and Saar. But Saar rebuffed this on Twitter, writing that “our stance and our commitment was and remains: replacing the Netanyahu regime.”

Meeting the legislators on Sunday, Bennett “received their unanimous support for his efforts to form a government and prevent a fifth election”, according to a statement by the Yamina party, following reports that he could face party opposition to a deal with Lapid.

Separately on Sunday, Netanyahu maneuvered further in an attempt to dissuade opponents from forming a “government of change.” The Israeli media, however, reported that a deal by Lapid and his coalition’s partners to oust the regime’s longest-serving leader could be imminent.

Lapid’s partners apparently have little in common apart from a plan to unseat Netanyahu.

Featured image:  Upcoming PM Bennett with Chief of Staff Kochavi: This is how we will deal with them… Photo: Twitter/@naftalibennett