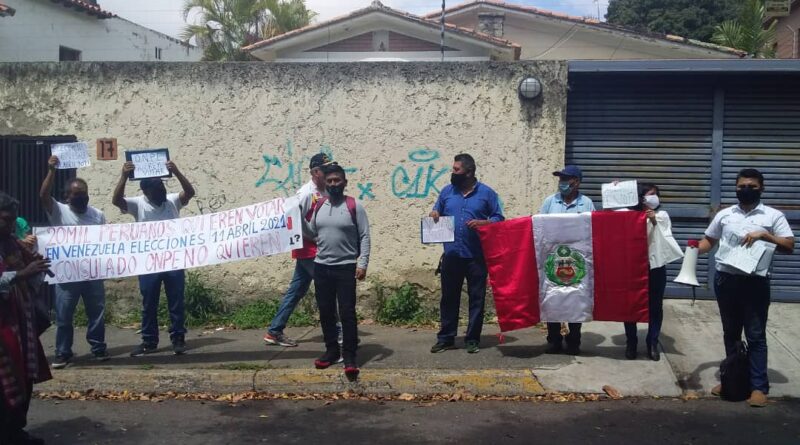 The National Office of Electoral Processes of Peru (ONPE) denounced an alleged lack of cooperation by Venezuelan authorities in the organization of voting for Peruvians residing in Venezuela for the general elections on April 11. In response, Venezuelan Foreign Affairs Minister Jorge Arreaza denied the accusation, and assured that the State has not obstructed the right to vote for the over 20,000 Peruvians registered to vote in Venezuela.

In Arreaza’s tweet, he shared a post by the former Peruvian ambassador to Venezuela (currently residing in Venezuela), Luis Raygada Souza-Ferreira, in which the latter shared a memorandum from the Venezuelan Consular Relations Office which clearly stated that “in accordance with its democratic vocation” the Venezuelan executive expressed their total commitment to guaranteeing the participation of Peruvians residing in Venezuela in the upcoming electoral process. The Consular Relations Office’s memorandum went so far as mentioning the Venezuelan government’s willingness “to provide the necessary support in terms of transportation for voters.”

RELATED CONTENT: Elections in Peru: Strength of the Left Not Reflected by Polls

“Venezuela has never obstructed the right to vote of a sister nation,” wrote Arreaza in response to the new international narrative against Venezuela launched by the ONPE. “We have always supported all diplomatic missions in the country in the organization of their electoral processes. The Peruvian authorities must be responsible and face their constituents without evasion.”

Also in the memorandum, the consular authorities of Venezuela urged Peru to make the necessary arrangements to support the electoral activity. The memorandum was dated March 11, 2021.

Peru erects obstacles
More than 20,000 Peruvians living in Venezuela are experiencing difficulties in the electoral process, and encountering obstacles placed by the authorities of their own country. These irregularities have been denounced by Raygada, who also claimed that the Peruvian media has ignored this rupture in Peru’s democracy.

“Peruvians unable to vote are news in Venezuela, Mexico, Bolivia, Argentina, Nicaragua and Russia,” wrote Raygada. “Yet none of the media in Peru are reporting this, except for one little interview by Nicolas Lucar. This is Peruvian democracy. And they say that there’s no press freedom in Venezuela?”

Featured image: Peruvians residents in Venezuela protest in front of their Consulate in Caracas for the lack of democratic vocation, not looking for facilities to guarantee their right to vote. Photo courtesy of @Raygada_LuisE.