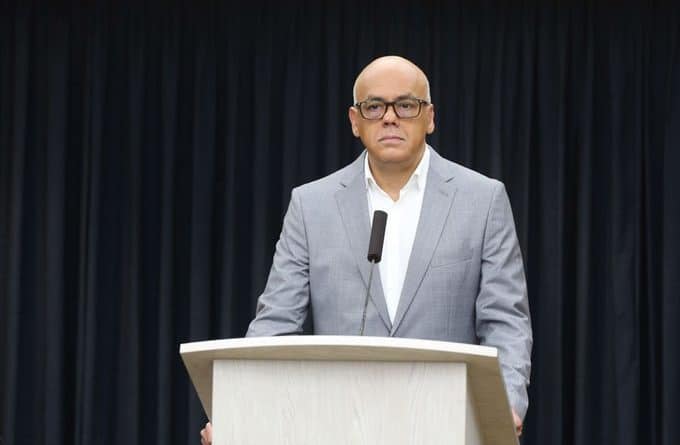 The group of terrorists that assaulted the border military unit #513 (Mariano Montilla) in the south of Venezuela, intended to generate false positives that would lead to an invasion of Venezuela, revealed Minister for Communication and Information, Jorge Rodríguez.

His point was made this Monday, in a press conference from the Miraflores Palace, Caracas on Monday December 23rd.

He said that the group of criminals stole 120 rifles and 9 RPG rockets to continue acting in all types of terrorist actions in Venezuela, “but also to create a false positive that would serve as a ’cause of war’ for the government of the United States,” he emphasized.

“The intention was to use them to derive a military aircraft from the Colombian Armed Forces and then say that RPG rockets from the Venezuelan Navy had been used. A false positive for the US to intervene militarily in Venezuela, ”he said.

He explained that these terrorist actions are involved with those repelled on December 15 and which was aimed at attacking the military units of the Táchira, Zulia, Barinas, Aragua, Sucre and Bolívar states.

These actions were planned by militants of the extreme right Leopoldo López, Juan Guaidó in complicity with deputies of Voluntad Popular, Fernando Orozco and Yanet Fermín, Ismael León, Gilber Caro, the activist Vilca Fernández, with the support of municipal police and Venezuelan state and military who defected on February 23, he said.

The plans of these terrorists were dismantled by the territorial defense force of Venezuela. According to the totals presented by Rodriguez, 6 of those involved were detained, 9 rocket launchers and also the majority of the 112 AK103 rifles stolen from the military fort were recovered.

In addition, Rodríguez denounced this action for also having the support of the governments of Peru, Brazil, Ecuador and Colombia, as testimonies ratified that they lent their territory to hold meetings and plan the attack.

“Fortunately we have completely dismantled these criminal actions,” said the minister.