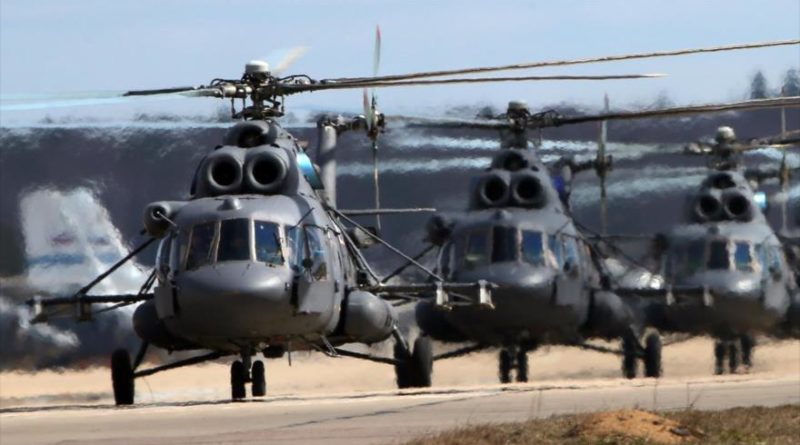 Russia strengthens its bilateral ties with Mexico through the sale of a batch of military helicopters, visa abolition and economic cooperation.

Russian Foreign Minister Sergey Lavrov met Thursday with his Mexican counterpart, Marcelo Ebrard, and in a press conference, announced broad fields of cooperation in his visit to the Latin American country that he classified as “productive.”

As for the technical-military cooperation, the Russian minister declared that Mexico is negotiating with Russia to sign new contracts to buy a batch of Russian-made military helicopters.

In this regard, Lavrov said that a new supply agreement with Russian arms exporter Rosoboronexport could follow a purchase of some 50 Russian helicopters.

“Regarding prospects, Mexico is considering specific proposals from Rosoboronexport, including additional contracts in the field of helicopter supplies,” Lavrov said at the press conference.

The Russian senior official recalled that Russian military teams occupy a strong position in the Latin American market and stressed that Russia and Mexico have good opportunities to develop cooperation in the technical-military field.

In addition, the two ministers addressed the abolition of the visa regime between the two countries to increase the flow of visitors.

“We have made agreements on cultural centers, peaceful use of outer space, links with law enforcement agencies for the fight against terrorism; we also cover the introduction on the visa-free regime for our citizens,” said the Russian Foreign Minister among other issues agreed during his trip.

RELATED CONTENT: Hundreds of Salvadorans Deported by US Were Killed or Abused, Report Reveals

Lavrov said that Russia “is interested in Latin America and the Caribbean which remain an important center of the world order.”

The tour of Latin America by the head of the Russian diplomacy began on Wednesday in Cuba and ends on Friday in Venezuela, where the Venezuelan president will receive him, in a gesture that is interpreted as an explicit support for the government of Nicolás Maduro.

The visit is made even as the US has always shown its concern about the approach of some powers such as Russia, China and Iran to this region, where according to analysts, Washington sees that as losing its domain.