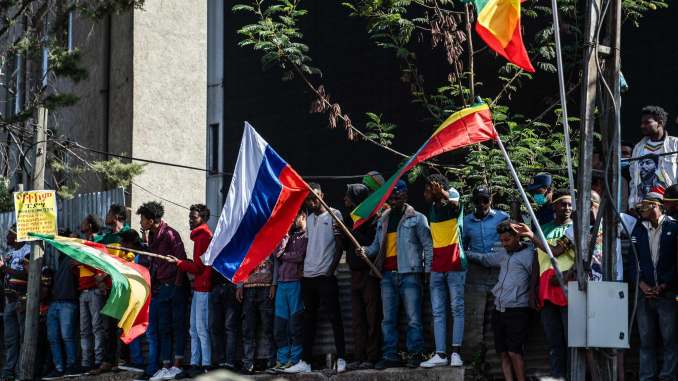 Since the post-World War II period national liberation movements and independent countries in Africa have developed solid diplomatic and economic relations with the former Soviet Union and today’s Russian Federation.

It is this history which underlines the refusal of numerous African governments and mass organizations to side with the United States and the North Atlantic Treaty Organization (NATO) in its efforts to encircle Russia in order to leave it as a diminished state dependent upon the dominant imperialist nations globally.

In the immediate aftermath of the beginning of Russia’s special military operation in Ukraine, the racist treatment of approximately 16,000 African students as well as thousands of others from Asia gained international news coverage. Africans were denied admission onto trains, refused food provided to Ukrainians, while attempting to seek refuge in neighboring countries such as Poland.

These incidents should not have been surprising considering the expansion and institutionalization of fascist and nazi ideology among those governing the Ukrainian state since the U.S.-backed Euromaidan coup of February 2014. Washington, under the administration of former President Barack Obama, sought to subvert any efforts by ousted President Viktor Yanukovych  to walk a middle-line between the U.S., European Union on the one side and Russia on the other.

The first-person accounts of the African students who were more than willing to speak about what had been done to them in Ukraine, had to be swiftly suppressed in the western media. Although any keen observer of the unfolding crisis in Ukraine would know of the role of groupings such as the Right Sector and the Azov Brigades in creating an atmosphere of reaction against Russian-speaking Ukrainians because their worldview encompasses many of the assumptions which fostered the philosophical underpinnings of the rationale for the initiation of World War II (1939-1945).

Although the resolution passed, it has not brought about an end to the fighting in Ukraine which has prompted over two million people to leave the Eastern European country. The only African state to vote against the resolution was Eritrea. In recent months, the government of Eritrea has been in discussions with Russia about the utilization of Red Sea ports inside the country. A similar situation is developing in neighboring Republic of Sudan where Port Sudan, also on the Red Sea, has been the subject of talks between Moscow and the military regime now controlling Khartoum.

Another leading African state, the Republic of South Africa, abstained from the March 2 UN General Assembly vote noting that the resolution did not emphasize the need for a negotiated diplomatic settlement to the crisis. The ruling party in South Africa, the African National Congress (ANC) has maintained close ties to Moscow since the period of national liberation from the 1960s to the 1990s. The former Soviet Union provided diplomatic, educational and military support to the ANC and many other liberation movements turned independent governments such as the South-West African People’s Organization (SWAPO) of Namibia, the Popular Movement for the Liberation of Angola (MPLA), the Mozambique Liberation Front (FRELIMO), just to mention a few.

South African President Cyril Ramaphosa who has been under tremendous pressure by the U.S. State Department over its position on Ukraine was quoted as saying:

“South Africa expected that the UN resolution would foremost welcome the commencement of dialogue between the parties and seek to create the conditions for these talks to succeed. Instead, the call for peaceful resolution through political dialogue is relegated to a single sentence close to the conclusion of the final text. This does not provide the encouragement and international backing that the parties need to continue with their efforts.”

A clear indication of the uneasiness and disapproval of the U.S. role in Ukraine was voiced by several African journalists during a briefing webinar on March 3 with Assistant Secretary of State for African Affairs, Molly Phee. Several journalists asked critical questions related to the U.S. position in Ukraine probing Phee in regard to the demands by the White House and State Department that every country around the world denounce Russia and its President Vladimir Putin.

Journalists raised the issue of racism against Africans attempting to flee Ukraine into Poland along with unreasonable demands being placed on AU member-states. The transcript of the webinar read in part:

“This is Simon Ateba with Today News Africa in Washington, D.C.  You just mentioned reporting about Africans facing racism in Ukraine and Poland, being denied entry into trains in Kyiv, and being turned back at the border with Poland.  Is there any reason why the State Department has not publicly condemned racism against Africans in Ukraine and Poland?’…. ‘Yes, this is Katlego Isaacs from Mmegi News.  I wanted to ask, why should African countries support the position of the U.S. to condemn Russia’s invasion of Ukraine when the U.S. supports the aggression in Israel against Palestinians?’…. My name is Swift from Gabz FM in Botswana.  I wanted to ask, what is the position of the U.S. on censoring of social media and the complete wipeout of the other party, in this case obviously Russia, since free speech and free press is the cornerstone not only of democracy but a tool that can create a counterculture or counternarrative?’”

Within the streets of countries such as Mali, Central African Republic (CAR) and Ethiopia there have been pro-Russian demonstrations. Mali recently called for the departure of the French ambassador and military forces after Paris objected to the involvement of the Wagner Group, a Russian-based defense services company working to curtail rebel attacks in the northern and central regions of the West African state.

Ethiopia in early March commemorated “Victory Day” which celebrates the defeat of Italian colonialism in 1896 at the Battle of Adwa. Photographs were released of Ethiopians carrying their own national flag while some others waved the flag of Russia in solidarity with the military operation in Ukraine.

The German newspaper DW reported on the military ties between AU member-states and Moscow noting:

“In recent years, Russia has increasingly used this historic Soviet connection to expand its political, economic and, above all, military relations with African nations. In 2019, Vladimir Putin hosted a Russia-Africa Summit attended by 43 African leaders. Just one year later, Russia became Africa’s biggest arms supplier. According to a 2020 analysis by the peace research institute SIPRI, between 2016 and 2020 around 30% of all arms exported to sub-Saharan Africa countries came from Russia. This vastly overshadows weapon supplies from other nations such as China (20%), France (9.5%) and the USA (5.4%). This increased the volume of Russian arms shipments by 23% over the previous five-year period.”

These and other factors have frustrated the U.S. in its diplomatic efforts to win unconditional support for its war against Russia in Ukraine. The existence of the U.S. Africa Command (AFRICOM) since 2008 under the guise of enhancing the security capacity of AU member-states in their struggles against what is described as “Islamic Jihadism”, has proved to be an utter failure. Despite the existence of a military base housing thousands of Pentagon troops in the Horn of Africa state of Djibouti and the building of other makeshift installations, along with joint military operations and training opportunities for African military officers, the overall stability and security of many states has worsened.

Ending Imperialist War Requires a Rejection of U.S. Foreign Policy
Several countries within Latin America have maintained their trade and diplomatic relations with Russia. These states include Cuba and the Bolivarian Republic of Venezuela.

Caracas has been under siege by successive administrations in Washington, both Democratic and Republican. In recent years, the White House has attempted to install a puppet regime in Venezuela while denying recognition of the government of President Nicolas Maduro. Billions of Venezuelan assets have been frozen in U.S. banks along with the expulsion of high-level employees of embassies and other outlets for Caracas.

Yet during the first weekend of March, the U.S. deployed a delegation to Venezuela to discuss the possibility of replacing banned Russian oil shipments with supplies from the Maduro administration which has been under a blockade by Washington at least since 2017. The move illustrates the illogical foreign policy positions under which President Joe Biden finds himself. Moreover, the opposition to the talks has forced Biden to publicly move away from this latest energy strategy.

Energy, transportation and food prices are skyrocketing in the U.S. compounding the already 40-year high inflation rate. Although the corporate and government-controlled media agencies are proclaiming the dire straits that Russia is undergoing since the withdrawal of several banking services, McDonalds, Coca-Cola and other corporations, it is the Biden administration and the Democratic Party politicians who must face the U.S. electorate in 2022 and 2024.

Attitudes towards U.S. military policy among Africans and people in Latin America reveals the unsustainability of this approach to international affairs. These peoples know that the reckless approach by Washington and Wall Street will have a negative social impact on billions around the globe.

The inability of the Biden White House to pass legislation in Congress which would address the social crisis unfolding in the U.S. portends much for the political landscape in Washington. A U.S.-inspired war in Eastern Europe will not solve the economic stagnation and hyperinflation faced by the majority of working people and nationally oppressed.

These forces must unite to overturn the war program of the White House and Pentagon which only robs the people of their rights to decent housing, education, food, water, environmental justice and all other necessities of modern life. A new foreign policy must be developed which defunds the defense department and dismantles the U.S. bases which are waging war around the globe. 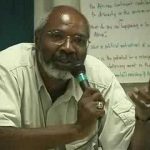