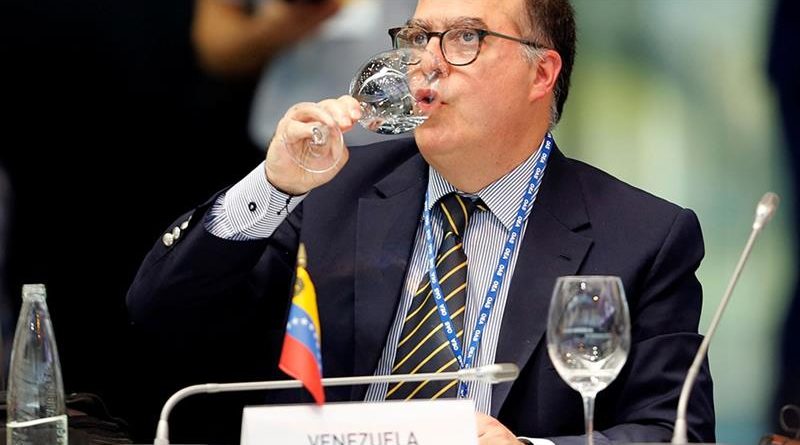 Mexico, along with nine countries of the region, challenged on Thursday, June 27, the presence of representatives of the Venezuelan opposition in the General Assembly of the Organization of American States (OAS), which is being held in Medellin, Colombia.

After the accreditation of such delegation, headed by the deputy of the Venezuelan right Julio Borges, Mexico requested that the following be included in the minutes and documents of the 49th Session of the Assembly:

“In view of the inconsistencies and irregularities identified in the report of the Secretary General’s credentials to the General Assembly, which lack a legal basis and run counter to the founding documents of the OAS, Mexico reserves the right to question the validity of all the acts and decisions that emanate from the OAS General Assembly, its Permanent Council or any other subsidiary organ of the organization or that affect other organisms”.

Against the presence of a Venezuelan opposition delegation were also Nicaragua, Grenada, Antigua and Barbuda, Saint Vincent and the Grenadines, Suriname, Dominica, Trinidad and Tobago and Bolivia. In addition, Uruguay withdrew from the session.

The rejection of the presence of the Venezuelan opposition occurred during the first plenary session of the Assembly, to refute the report of the secretary general on credentials.

The accreditation of the Venezuelan opposition delegation took place after the government of President Nicolás Maduro had announced two years ago his withdrawal from the OAS, which, according to the regulations of the organization, should be valid since last April.

However, on February 8, opposition leader Juan Guaidó, self-proclaimed president in charge, sent a letter to the secretary general, Luis Almagro, asking him to revoke his country’s withdrawal.

The participation of the Venezuelan opposition delegation in the Assembly in no way constitutes the recognition of a State or a government on behalf of the organization or of Mexico, said Ambassador Luz Elena Baños Rivas, permanent representative of that country in the OAS.

The diplomat argued that the credentials submitted by the opposition representation do not meet the requirements to be admitted to participate in the General Assembly, because they were not presented by the government they intend to represent, but by the representatives of the National Assembly in their country.