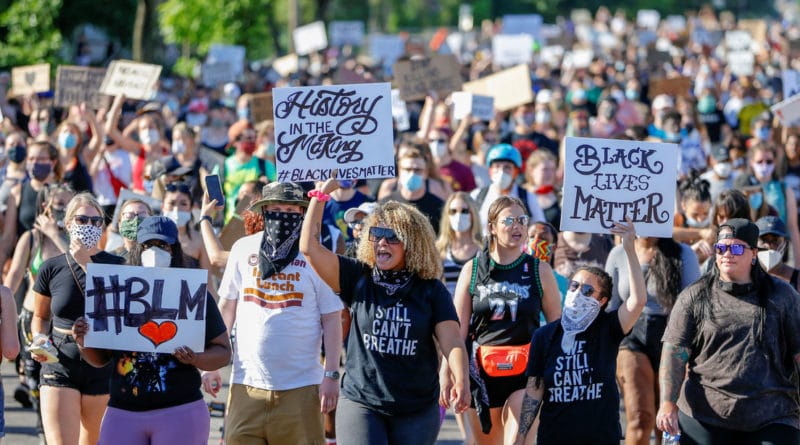 The resolution was approved unanimously by the City Council of this Minnesota city.

The Minneapolis City Council (Minnesota, USA) unanimously approved on Friday a resolution to replace the Police department with a community-run public security system, following protests that erupted in this and other cities all over the US after the death of African American George Floyd in police custody.

Five members of the municipal council filed a resolution stating that the murder of Floyd, on May 25, at the hands of Minneapolis Police officers “is a tragedy that shows that no reforms will prevent lethal violence and abuse by some members from the Police Department” against community members, especially African-Americans and people of color.

According to the document, authorities will launch a one-year process to develop a new model of public safety involving “all willing community members” in Minneapolis.

To this end, the Council formed a new working group to deliver recommendations by July 24 on how to collaborate with community stakeholders to transform the public security system.

The move comes days after a veto-proof majority of the council voted to dissolve the police department. The organisation’s president, Lisa Bender, explained last week to CNN that the Police funds would be used for other needs, and the city council would discuss how to replace the current department.

Featured image: Thousands of protesters march from downtown Minneapolis to the place where George Floyd (USA) was arrested on June 5, 2020. Eric Miller / Reuters