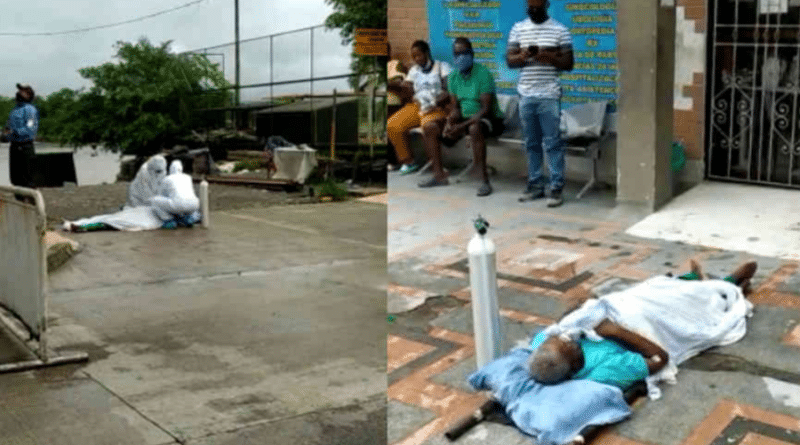 The President of the Bolivarian Republic of Venezuela, Nicolás Maduro, confirmed to all Afro-descendant movements in the world the Venezuelan support and solidarity in all their struggles in any circumstance. His statement was made during his participation in the Afro-responses against racism webinar in the context of covid-19, organized by the Cumbe International Movement, led by the former Colombian senator Piedad Córdoba.

“Racism is the son of slavery, of colonialism, it is impressive; all our solidarity with the fight against racism, ” said the Head of State.

In his speech, the Venezuelan President again condemned the murder of George Floyd, an unarmed black man killed in Minneapolis in police custody, who has been the trigger for protests by the US people in different cities all over the United States.

In this sense, he highlighted the great mobilizations of youth in different cities of the United States against racism, before which he asserted: «That people woke up and is now in control of the historical struggles flags».

On the other hand, the vice president of Social and Territorial Development, Aristóbulo Istúriz, reaffirmed that Venezuela reiterates its condemnation of the death of Human Rights (Human Rights) by the United States government (USA) and demands an end to police violence against the people of that country, against African Americans.

Istúriz stressed the importance of deepening the political content of the Afro-descendant struggles to confront inequalities, discrimination, racism and for this, greater unity with social and political movements is required, with governments that do not give up to confront imperialist claims. “We have to keep fighting to change the balance of forces,” he said.

At the meantime, this Saturday several videos became viral in social media showing elderly afro-Colombian patients being left in the streets out of the hospitals in this Colombian department predominantly with afro-Colombian communities.

This is COlombia today! https://t.co/Gwj0BR5yEW

In one video an elder old man can be seen being left in front of a hospital. It was later revealed by Colombian news outlets that the patient died. The Choco is an economically depress department in Colombia bordering the pacific ocean and a small strip of coastal line in the Caribbean sea.

In a second video a person can be seen receiving CPR. According to Colombian media it was the same patient that later was declare dead.

More from Colombia (Choco). The under counting of Covid-19 cases and deaths is systemic and the negligence of Duque’s government blatant… https://t.co/le12DwZLKe

In another video a woman can be seen left alone in a litter with clear signs of respiratory distress. The magnitude of the Covid-19 catastrophe in Colombia have been raise for several analysts arguing that the negligence of Ivan Duque’s government, together with a decrepit health system and a capitalistic approach in witch if you do not have money you just have to wait and die are the perfect triggers for an outbreak worst than the one in the US or Brazil.

While in socialist countries like Cuba, China, Vietnam and Venezuela the state use all its strength to warranty the life of its citizens, the capitalist countries all over the world have shown the world one of many deficiencies of capitalism, that is the case of Colombia, Peru, Chile, Brazil, United States and many others.