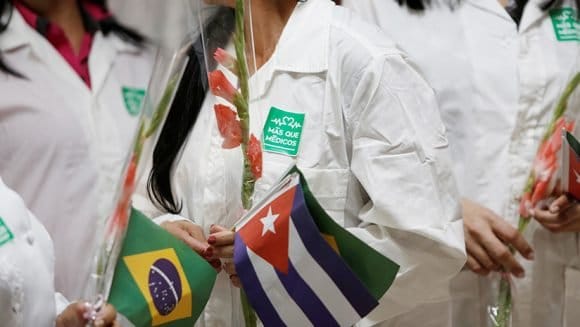 More than 1,000 Brazilian doctors, who replaced their Cuban colleagues who worked in that Amazon nation through the ‘More Doctors’ program, have abandoned their jobs in the last three months , reports AP, citing sources from the country’s Ministry of Health.

Last February, the Brazilian Health Minister announced that 8,157 vacancies that occurred after the closure of the program had been filled by Brazilian doctors. However, according to the new information, 12% of them resigned.

The cancellation of the program
Cuba decided to withdraw from the program in November of last year, before what it considered an imposition of “unacceptable” conditions by Bolsonaro.

Many Brazilians criticize the cancellation of the program and question the ability of the Brazilian government to find enough doctors to replace them.

“After three months without the Cuban professionals, ‘Más Médicos’ counts more than a thousand abandonments and the population in need is left unattended. Let’s not forget that the Cubans left Brazil because of the insults of Bolsonaro, who is the one responsible for dismantling the program,” wrote Helder Salomao, a member of the lower house of the Brazilian National Congress, on his Twitter account on Friday.

Since 2013, Cuba has cooperated with the ‘Más Médicos’ program, designed by the then President Dilma Rousseff, through which Cuban specialists supply the lack of health professionals in poor areas and isolated regions of Brazil.