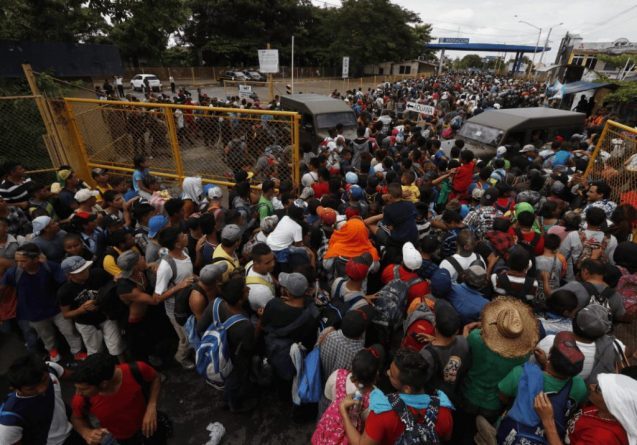 The Honduran ambassador to Mexico, Alden Rivera, revealed that 500 nationals are arrested daily on the border between Mexico and the United States (USA), in their attempt to achieve the American dream.

According to the official of the regime, 450 are returned to their country from which they fled because of insecurity and poverty.

Honduras is the second country with the highest number of arrests in the border area; surpassed by Guatemala.

So far in 2019 more than 70 thousand families have been captured by immigration agents.

The United States Customs and Border Protection Office detailed that of the 70 thousand families, 9,318 are minors.

The report shows an increase in the number of arrests, which doubles in relation to the year 2018.