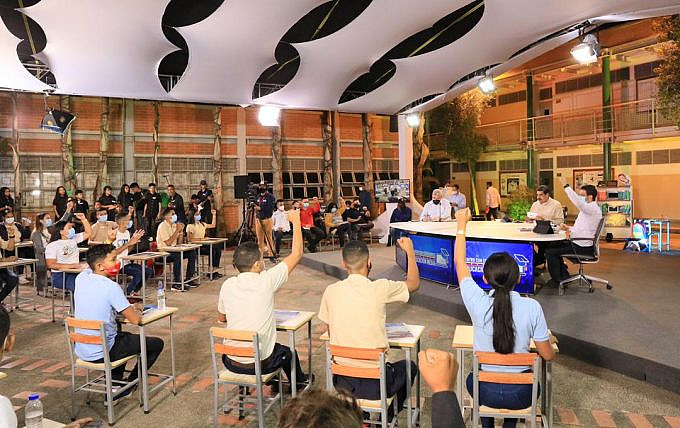 Venezuela has 5,972 secondary education schools throughout the national territory, out of which 5,684 are for general education and 288 for secondary-technical education, reported the Venezuelan President, Nicolás Maduro. “Across those 5,972 high schools we have to lead, from the student movement, the commemoration of the 200 years of Carabobo and the liberation of Venezuela,” said the Head of State during a meeting with high school students, held in Caracas this Tuesday, May 25.

RELATED CONTENT: President Maduro: The Year of the Undefeated in Carabobo has Arrived, Welcome 2021!

President Maduro indicated that Venezuela is standing today, proud and rebellious in defense of its ideals, and “will not kneel before anyone.” Maduro invited the students to “fill themselves with the strength of Carabobo to fulfill the role that we have: to defend, to build, and liberate Venezuela from the clutches of North American imperialism, that intends to defeat us and bring us to our knees.”

June 24, 2021 marks the 200th anniversary of the Battle of Carabobo, the military milestone in which the Venezuelan patriot army, under the command of Simón Bolívar, defeated the Spanish empire, taking a definitive step to seal the independence of Venezuela.