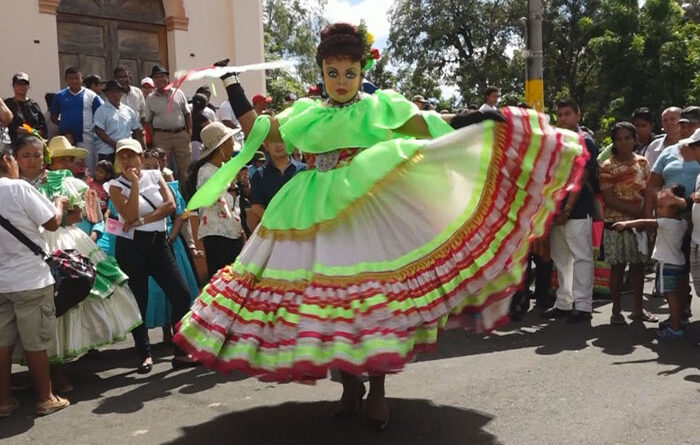 US attack on Nicaragua targets its Black community.

There is a page in the playbook for US imperialist regime change in Latin America that includes exploiting the identity politics of Blackness. A recent example was the unrest in Cuba a month ago that included a sophisticated attempt to paint the Cuban revolution, its government, and anyone in solidarity with it, as ignoring the interests of Afro-Cubans.

The legitimacy of neoliberalism or late-stage capitalism is so wounded that the socialist examples in the Latin American “Axis of Decolonization” (Cuba, Venezuela, Bolivia, and Nicaragua) have to be regarded as even greater threats. In these countries the inseparability of capitalist exploitation from white supremacy and patriarchy is realized and confronted every day.

Regime change against Nicaragua, in particular, is intensifying through tightened sanctions and a pervasive disinformation campaign. Although exploiting proclivities for Black and Indigenous identity within Nicaragua will be harder given the unique political and cultural investment Black and Indigenous peoples have in the Sandinista revolution.

Nicaragua is generally thought of in the US as a country of Spanish descendants and speakers, racially considered Latino/a. Racist erasure disappears the sizable Indigenous and Black populations.

However, Nicaragua has two histories that come together. Spanish colonization dominated the western Pacific Coast, while the Caribbean Coast of the east—abundant in natural resources—was colonized by the British. This was also the historical reality from Belize down to Panama. The Caribbean coast area makes up nearly 50% of Nicaragua. After the British vacated the country in the 1850s, the Indigenous people and emancipated African descendants who remained began building their own multilingual, multicultural, and communally economic society—the Autonomous Regions.

RELATED CONTENT: Nicaragua: The Right to Live in Peace

After Spanish colonialism was defeated, and through the neocolonialism of the US backed dictator Anastasio “Tachito” Somoza, the Caribbean Coast experienced attempts at cultural imposition, economic exploitation, and infrastructural neglect. Of course, none of this was without resistance.

It was not until the revolution in the 1980s that the Sandinistas profoundly deepened the state recognition of identity and the rights of Indigenous and African descendants—Garifuna and Creole—and codified it into law: Law 28.

The Autonomy Statute (Law No. 28) recognized the distinct historical experience of the region, its control of land and institutions, and the logic of communal life in the Northern and Southern regions of the Caribbean Coast. Nicaragua is the only Central American country that has this recognition. This, needless to say, accounts for the strong support of the FSLN (Sandinista party) by the Black and Indigenous peoples. They have a saying, “Autonomy is the revolution.”

As part of a delegation, this author recently visited and experienced, firsthand, the African (Black) traditions and pride that characterize the region. There is great admiration for and an interest in the Black struggle within the US.

As US imperialism turns its crosshairs onto Nicaragua, Black affinity in the US must forge transnational, transcontinental ties with our people on the Caribbean Coasts of Central America, particularly in revolutionary Nicaragua. Black self-defense must become international. What’s the call? “Touch one, touch all!” The unique struggle of Nicaragua’s Black and Indigenous Autonomous Regions hold valuable lessons for a revolutionary path in the Western Hemisphere.

The latest sanctions against Nicaragua, entitled the RENACER Act (Reinforcing Nicaragua’s Adherence to Conditions for Electoral Reform) must be opposed. RENACER is a shamelessly hypocritical legislation that would effectively put over 2 million card-carrying members of the FSLN and their family members under “targeted” sanctions, could all in all impact over half of the country’s population. In the US this would be tantamount to imposing sanctions on every registered Democrat and Republican.

False propaganda is being promoted that accuses the Daniel Ortega government of arresting his electoral opponents before the November 7 election. Behind this misreporting is actually enforcement of a Nicaraguan law that requires its citizens to register whenever they are receiving funds to work at the behest of a foreign government, like the US. The fact that so many of the opposition have been caught violating this law is telling and it makes them essentially guilty of money laundering and treason. It is important to point out that those being prosecuted are not candidates for office. Besides, independent polling last month shows there is no opposition that is a match against the 60% support held by President Daniel Ortega and the Sandinistas.

The US has a comparable law to the one Nicaragua is enforcing, the Foreign Agents Registration Act (FARA) which the Democrats actually led the charge to use against former Trump campaign chairman Paul Manafort. It’s the old paternalistic double standard, “Do as I say, not as I do.”

From 1990 to 2006, during what Nicaraguans refer to as the period of neoliberalism, the racist US backed government of Violeta Chamorro was elected under duress. President Ronald Reagan made it clear to Nicaragua that the US would continue funding and supporting the bloody Contra War if the Sandinistas were reelected. Along with the new President Chamorro, a slew of neoliberal policies ushered in a period of economic degradation and political repression. Black and Indigenous people in the Autonomous Regions were especially seen as worthless due to their inability to pay federal taxes.

Then came the 2006 election in which Daniel Ortega won a return to the presidency with a 38% plurality. A few people we spoke to referred to a promise made by Ortega, saying that if the Sandinistas could have just 10 years of peace they could turn the country around for the working masses.

Since 2006 the country has enjoyed a parliament that is majority women and the establishment of Law 648, the Law of Equal Rights and Opportunities aimed at promoting gender equality to ensure the full development and advancement of Nicaraguan women in all spheres of life. For example, if the President is a man, then the vice-President must be a woman. On August 19, the United Nations International Fund for Agricultural Development (IFAD) announced that Nicaragua’s Sustainable Development of the Livelihoods of Rural Families along the Nicaragua Dry Corridor (NICAVIDA) Project was selected to receive the IFAD GENDER 2021 Award. The IFAD press release states that “the NICAVIDA project being carried out by the Nicaragua Ministry of Family Economy has created spaces that guarantee the empowerment and active participation of women as agents of change in the promotion of links between economic diversification, productive transformation, protection of the environment and family nutrition.”

Nicaragua’s poverty rate was cut in half in 10 years. Between 2005 and 2016, the poverty rate fell from 48% to 25%. Malnutrition has drastically decreased. There is free universal healthcare and education, and the country has managed to establish 80% food sovereignty.

But without missing a beat, the Biden administration is picking up where Trump’s administration left off, demonizing, destabilizing, and trying to overthrow the government of Nicaragua and the entire Axis of Latin American Decolonization.

While on the Pacific west coast, our delegation met with torture victims of what was portrayed in US media as a legitimate uprising in 2018 violently repressed by the Sandinista authorities. Quite the opposite happened. Three members of the security detail for the mayor of Masaya recounted their experiences of being interrogated and tortured. They described the mayhem that characterized a month-long reign of terrorism by US backed opposition. One man had a prosthetic arm because his real arm had to be amputated after being brutalized so badly. They took us to see the still burnt-out buildings and vehicles.

It was discovered that the culprits were supported by the US government and its proxy NGOs like the National Endowment for Democracy. They used the pages in the playbook on how to stir up and employ delinquent sectors of the community. In a move apparently meant to avoid overt intervention by the US, the Sandinista police were actually instructed to stand down and remain in their barracks. Many people were killed and beaten, some even burned alive. Some Nicaraguans have mixed feelings about the instructions to stand down but now what transpired is clear and much harder to misconstrue as repression by the Ortega government.

A reconciliation process took place that granted amnesty to many of the culprits on the condition that they refrain from any further violations of the law. If they do violate the law, they are promised to be retroactively prosecuted on their 2018 charges, in addition to any new ones.

The “democratic” fascism of the US oligarchy is flagrant and knows no geographic boundaries. It is as much domestic policy as it is foreign, especially when it comes to Black and Brown people. Defeating it requires that we up our game and make a broad embrace of our people across waters.

Netfa Freeman is an organizer in Pan-African Community Action (PACA) and on the Coordinating Committee of the Black Alliance for Peace. Netfa is also co-host/producer of the WPFW radio show and podcast Voices With Vision.