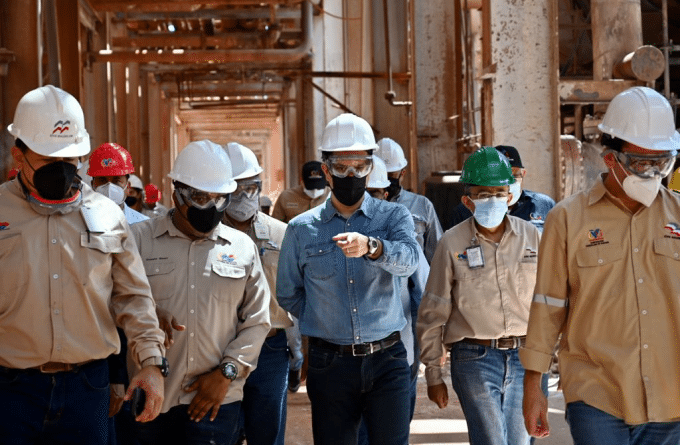 On Friday, August 27, Venezuela’s new Minister of Industries and National Production, Jorge Arreaza, commented that the Venezuelan working class has been raising production with collective criteria, with conscience and dedication. He made this remark after a meeting with the workers of the companies of the Venezuelan Corporation of Guayana (CVG), whom Arreaza met in order to assess and listen to their needs.

“I came back [from my visit] feeling very proud for what they [the workers] have achieved with conscience and dedication,” expressed the Venezuelan minister for industries.

In another tweet, Minister Arreaza highlighted that, thanks to the workers’ management of industries, Venezuela is overcoming the thousands of obstacles imposed by the criminal blockade of the United States government.

On August 19, President Nicolás Maduro announced a series of changes in his executive cabinet, given that several of his ministers are to contend in the regional and municipal elections of November 21.

Arreaza was appointed as the head of the Ministry of Industries and National Production. Regarding Arreaza’s new charge, President Maduro stated that “with his capacity of work, intelligence and commitment, we will advance with greater force in the revitalization of the productive forces of our country. To produce everything in Venezuela, that’s the goal.”