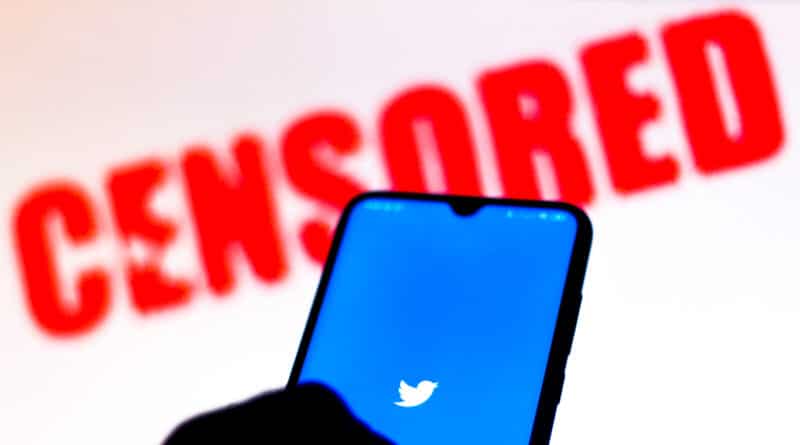 Almost immediately after the Twitter purge began, a number of non-Trump accounts began to face lock outs, suspensions, and even deletions.

Few could have predicted the huge fallout from the Stop the Steal rally in Washington, D.C. that saw the president of the United States banned from virtually every social media platform, including his favorite, Twitter.

In solidarity with Trump, tens of thousands of conservative users appear to be deleting their accounts and moving over to pro-Trump Twitter clone Parler. Celebrities, politicians, and social media figures — particularly conservative ones — have registered losing tens of thousands of followers in a matter of hours. Twitter’s share price plunged by 7% this morning, knocking around $2.5 billion off its market value in one fell swoop.

While the massive publicity generated would normally be positive news for Parler, which brands itself as a “free speech app,” it seems to have suffered a far worse fate than Twitter. The app was deleted by Google and Apple from their app stores over the weekend. But it was Amazon’s decision early this morning that proved a more fatal blow. The company, whose cloud computing business, Amazon Web Services, hosts the app and website, decided to pull it, effective immediately. “We cannot provide services to a customer that is unable to effectively identify and remove content that encourages or incites violence against others,” Amazon said in a statement.

Before it was taken offline, however, activists and researchers had begun a project to download and archive vast quantities of information, totaling over 70 terabytes, including deleted posts, videos, and users’ location data. They intend to use it as evidence to find and prosecute those individuals involved in the storming of the Capitol Building last Wednesday, an action that led to Congress and the Senate being evacuated and five people dying. Those leading the action allegedly used Parler to plan and organize the events and to communicate with each other during the violence.

The president himself encouraged the crowds to go to the building and “fight like hell” to stop what he regards as a “stolen election,” where he was the legitimate winner. “You’ll never take back our country with weakness. You have to show strength, and you have to be strong,” he added.

In response, a host of popular social media platforms, including Twitch, Twitter, Facebook, and Snapchat froze Trump’s accounts on the grounds that he was directly inciting violence. Discord and Reddit also banned popular Trump forums.

While many who opposed the president celebrated, whistleblower and internet freedom advocate Edward Snowden warned that allowing social media companies to set a precedent where they could effectively ban whoever they want from their services set a chilling precedent. “I know a lot of folks in the comments [who] read this are like ‘YAAAAS,’ which, like — I get it. But imagine for a moment a world that exists for more than the next 13 days, and this becomes a milestone that will endure,” he wrote on Twitter.

Almost immediately, a number of non-Trump accounts began to face problems, with pro-Assange journalist Suzie Dawson locked out of her account, educational file sharing website Sci Hub’s account suspended, and the Red Scare podcast’s profile deleted. Other figures began to demand that the accounts associated with the Venezuelan and Chinese government be removed from social media platforms as well.

If Parler can find a way past its massive data hack and a company to host it, it still faces a number of huge problems, including rampant racism and false information predominating its platform. There are also large numbers of fake accounts purporting to represent public figures. The company has also broken its free speech absolutism promise as well, deleting incendiary tweets from Trump-supporting lawyer Lin Wood calling for Mike Pence’s head.

Perhaps more ominous for America, however, is a media reality where different groups of people become completely insulated from one another on the basis of political identification. Already, algorithms have split us off from others who think differently, showing wildly contrasting news and views to us based on our prior actions. However, until now, this was at least happening on the same platform, meaning there was some overlap. If, however, liberals and conservatives are using entirely different social media websites, any chance for inter party debate is lost.

The storming of the Capitol Building on Wednesday was a prime example of what can happen when one group of Americans lives in an entirely alternative reality. Further disintegration of media will only accelerate this trend, making incidents like this more likely in the future.