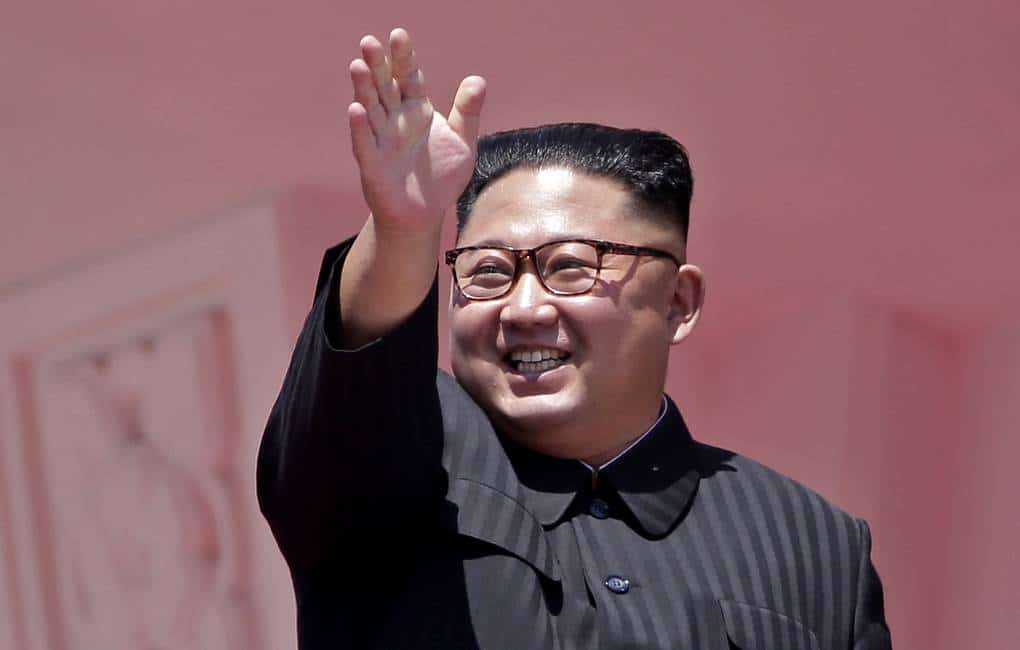 Ten years ago, on April 13, 2012, Kim Jong-un was elected First Chairman of North Korea’s National Defense Commission. So, he became the country’s leader and assumed all the highest state, military and party posts. TASS has summed up information about Kim Jong-un and how the Democratic People’s Republic of Korea (DPRK) has been developing under his leadership.

Kim Jong-un: Origin, education and rise to power
Kim Jong-un was born on January 8, 1982, in Pyongyang (January 8, 1983, or 1984 according to different sources). He is the youngest of three sons of North Korean leader Kim Jong-il (1942-2011), the grandson of Kim Il-sung (1912-1994), the founder of North Korea. Kim Jong-un attended the International School of Berne, Switzerland (1996-2001) and the Kim Il-sung Military University in Pyongyang. In early 2009, Chairman of the State Defense Commission (the highest governing institution in North Korea until 2016) Kim Jong-il designated Kim Jong-un as his successor. Kim Jong-un was appointed head of the Organizational Department of the Central Committee of the Workers’ Party of Korea and in early April, he joined the State Defense Commission. In June 2010, he led the Ministry of State Security and in September 2010 he was elected to the Central Committee and also became deputy chairman of the party’s Central Military Commission.

After Kim Jong-il’s death on December 17, 2011, Kim Jong-un was declared his successor. On December 30 of that year, he was appointed Supreme Commander of the Korean People’s Army (in July 2012 Kim Jong-un was given the title of marshal).

On April 11, 2012 he was elected to the governing posts in the Workers’ Party of Korea. On April 13, 2012 Kim Jong-un was elected first chairman of the State Defense Commission (this post was created especially for him and existed until 2016).

As the leader of North Korea
After Kim Jong-un took all governing posts in North Korea, experts predicted various scenarios of political life in the country. In particular, they suggested that there would be a collective rule of generals under a formal chairmanship of Kim Jong-un as well as “regency” of his aunt’s husband and deputy chairman of the State Defense Commission Jang Song-thaek.

However, in December 2013, Jang Song-thaek was accused of a number of crimes (corruption, setting up an anti-party group, failure to perform the orders of the Supreme Commander) and was dismissed from all posts, arrested and sentenced to death (according to the Korean Central News Agency (KCNA) and executed shortly after the military court’s ruling).

On April 9, 2014, Kim Jong-un was re-elected first chairman of the State Defense Commission. In May 2016, at the 7th session of the Workers’ Party of Korea, he was elected its chairman. On June 29, 2016, he was appointed chairman of the State Affairs Commission, a supreme body of state power in North Korea, which replaced the abolished State Defense Commission. According to observers, this was a sign that under Kim Jong-un, the army’s role in ruling the country was diminished and the positions of the party and the government, on the contrary, strengthened.

Development policy
North Korea’s strategic line under Kim Jong-un was the policy of developing the economy along with boosting military arsenals. The country launched moderate economic reforms similar to those in China in late 1970s-early 1980s initiated by Deng Xiaoping. According to experts, industrial state enterprises gained large autonomy. The North Korean government attached great importance to special economic zones in developing external economic ties. These and other measures led to a significant revival of the economy, the resumption of economic growth, a rise in the number of private enterprises and improved living standards.

Besides, an intensive development of the missile and nuclear program continued. In 2013-2017, the DPRK carried out four nuclear tests; in 2012 and 2016, it launched artificial terrestrial satellites. The nuclear tests escalated tensions in the peninsula, triggering unprecedented sanctions by the UN, the US and South Korea against Pyongyang. North Korea almost halted economic cooperation with the rest of the world. In over 10 years of Kim Jong-un’s rule, the DPRK conducted more than 100 launches of ballistic missiles—six times more than under Kim Jong-il (16 launches in 1994-2011).

On September 28, 2021, and on January 11, 2022, North Korea launched hypersonic missiles and on March 24, 2022, it launched the Hwasong-17 intercontinental missile. According to experts, these launches show that North Korea has managed to significantly enhance its missile systems. Meanwhile, some experts believe that the statements by the North Korean authorities on successful tests of hypersonic weapons are a political move, noting that not all objects that fly at a speed beyond Mach 5 can be called hypersonic.

International activity
In 2018, Kim Jong-un tried to strengthen DPRK’s international relationships. On March 25, 2018, he visited China, where he met with President Xi Jinping. He visited China twice after that. Then there were summits with South Korean President Moon Jae-in (in April, May and September 2018), as a result of which the parties expressed their desire to achieve full denuclearization of the peninsula and their intention to sign a peace treaty (not formally signed since the 1950-1953 Korean War). In June 2018, Kim Jong-un held negotiations with President Donald Trump in Singapore, the first ever US-DPRK summit. The result was a common declaration on the establishment of bilateral relations “in a new format.” Then there were two more meetings in Vietnam’s Hanoi in February 2019 and in June of the same year in Panmunjom on the border between the DPRK and South Korea.

On April 25, 2019, Kim Jong-un had a meeting with Russian President Vladimir Putin in Vladivostok.

RELATED CONTENT: Nikki Haley: Damn the UN Human Rights Council and the Rest of You Too

Economic indicators
Despite the sanctions, in pre-pandemic 2019, according to the Bank of Korea (the South Korean central bank and the World Bank have no data on the DPRK), the DPRK’s GDP reached 32.9 trillion won ($28.7 billion), up 0.4% from the previous year. However, in 2020, due to natural disasters, the pandemic and sanctions effects, the country’s GDP fell by 4.5% to 31.4 trillion won ($27.4 billion).

At the same time, the state budget income in 2020, according to the Korea Development Institute in Seoul, was 4.3% higher than in 2019 (absolute indicators are not given).

North Korea’s fight against COVID-19
The DPRK was the first country to announce a border closing with China (January 22, 2020) after reporting in late December 2019 about an unknown pandemic outbreak.

Betting on a quarantine, North Korea practically stopped international travels from February. Foreigners and staff of many embassies were evacuated as a matter of emergency, and when a coronavirus outbreak was suspected, authorities closed whole districts, forcing citizens to stay at home. In the summer of 2020, the North Korean government decided that the cargoes were also epidemiologically dangerous, which brought foreign trade to a close. It began recovering in the spring of 2021, when the quarantine and disinfecting centers at the border were opened.

In December 2021, the UN offered the DPRK 60 million doses of coronavirus vaccines, but Pyongyang did not react to the initiative. There are no registered cases of coronavirus infection in the DPRK at the moment, according to official data.