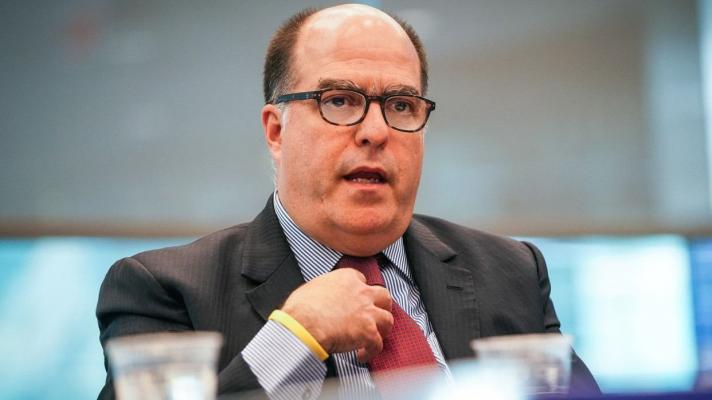 No one can forget that opposition leader Julio Borges was one of the main promoters of the anti-national strategy of demanding illegal sanctions against Venezuela and seizure of its resources to bring about the departure of the elected government of President Nicolás Maduro, always stressing that these decisions would not affect the Venezuelan people.

Now that anti-Chavismo has been forced to sit down with the government to negotiate in Mexico, since the time invested in defending the “sanctions” only brought loss of political strength to the radical opposition, Borges now says that assets abroad “should never have been managed by the opposition.”

“It is about taking politics out of the management of these assets and ensuring for the future not only protection but also the return of these assets to all Venezuelans—assets that are theirs,” said Borges in a video released Monday, September 13, on his social media accounts.

The Venezuelan anti-Chavista politician has been making this statement since Friday, in regard to the events related to Monómeros, a subsidiary of Pequiven (belonging to PDVSA) that is based in Colombia. The company is immersed in cases of corruption by the ad hoc board set up by former deputy Juan Guaidó when he seized that asset, and the Colombian government is now trying to expropriate it.

However, Julio Borges’ new “proposal” does not include the return of the assets to their rightful owner, the Venezuelan State, but rather introduces external actors to “protect” them.

“In light of what happened with Monómeros, it is necessary to reiterate our proposal that assets abroad should be transferred to a trust, which could be administered by the World Bank or the Interamerican Development Bank (IDB) for the benefit of the Republic,” said Borges last Friday.

The change in the anti-Chavista narrative towards a less radical position than the one they had been holding for several years is due to the dialogue in Mexico, where there will soon be a new meeting in which representatives of the government of President Nicolás Maduro hope to obtain more partial agreements in search for the improvement of the political, economic and social situation in the country, especially the lifting of illegal sanctions and the return of State assets illegally seized abroad by anti-Chavismo with the help of hostile governments.

Featured image: Julio Borges, one of the main promoters and authors of the seizure and looting of Venezuelan assets, now says that the opposition should not handle those resources. File Photo