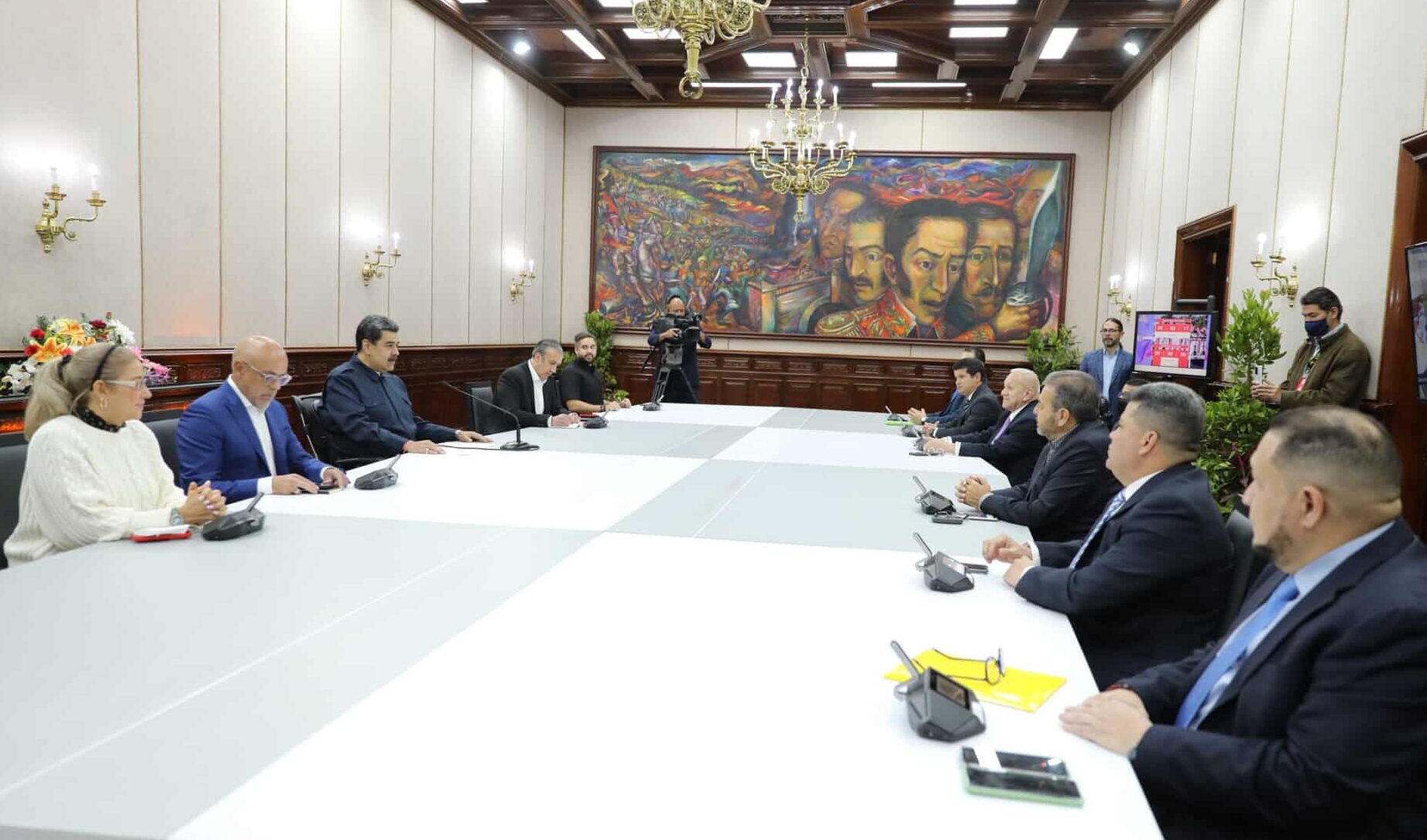 On Friday, December 2, the president of Venezuela, Nicolás Maduro, held a meeting with deputies from the opposition Democratic Alliance bloc of the National Assembly (AN).

Working groups
It was announced that working groups will be formed that will discuss the issues of priority, for a period of 30 days, to draft an agenda. The groups will be composed of representatives of the Venezuelan government and the opposition bloc Democratic Alliance.

National Assembly President Jorge Rodríguez explained that the dialogue will address economic, social, political and electoral issues, and the conclusions of the dialogue will be presented in a joint statement at the end of 30 days.

“We have given ourselves 30 days to be able to define—through a number of working groups—the most important issues in the economic, social, political and electoral arena,” Rodríguez announced. “After those 30 days a document should come out where we can present to the country the issues on which the Venezuelan opposition and the Bolivarian Revolution agree.”

Rodríguez added that issues of economic interest will be discussed—issues “that are of transcendental importance for the Venezuelan population and, without a doubt, political and electoral issues with a view for the years to come, where we will have presidential, gubernatorial, mayoral and parliamentary elections.”