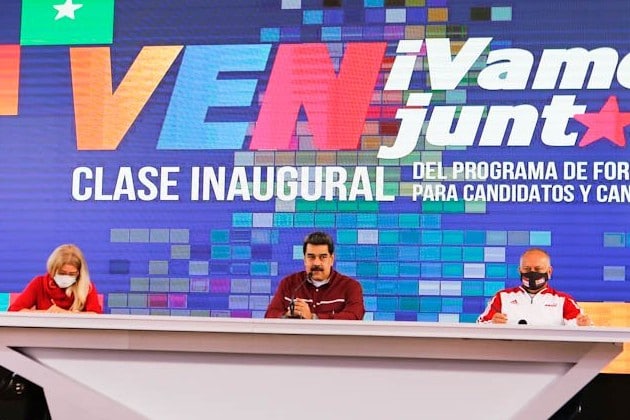 The President asked the European Union to “think better” about its position.

“They were asking us for something impossible, to suspend the mandatory constitutional elections; I propose to the European Union to think it over to improve our relations.”

This is how President Nicolás Maduro responded to the European Union proposal asking to Venezuela to suspend the parliamentary elections of December 6, claiming that they cannot send an observation mission to the country and demanding more electoral conditions.

In a TV broadcast Maduro, on Thursday asked the European Union to “think better” about its [lack of ] support for the December parliamentary elections.

The President of the Republic asked the EU “if they will continue to stick to the defeated script and Trump’s failure against Venezuela, will they continue to listen only to the extremist sector of a right-wing minority in Venezuela, or will they listen to an entire country that has a diversity of voices?”

He revealed that the governor of Miranda, Héctor Rodríguez, has held several meetings and telephone calls with European Union representatives.

Article 219 of Venezuelan Constitution defines in very explicit terms that the begining of each legislatures starts on the 5th of January:

Article 219•Length of legislative sessions: The first regular legislative session of the National Assembly shall begin, without advance notice, on January fifth of each year or on the first subsequent day avaliable,and shall continue until August 15.

The government of Nicolas Maduro has made clear the unconstitutionality of changing something explicitly define in the Magna Carta.