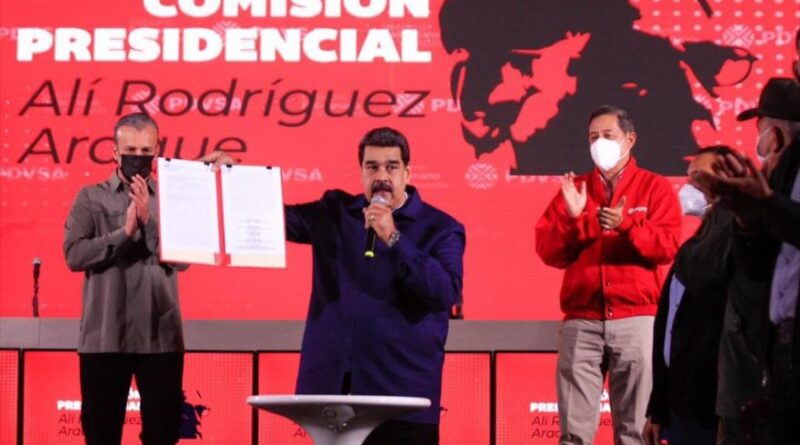 The president of Venezuela, Nicolás Maduro, announced that his country is ready to start a new era with oil investors from the United States.

“I want to tell US investors and oil companies that Venezuela’s doors are open for investments in oil, gas, and petrochemicals sectors, to work in a win-win partnership,” said the Venezuelan president on Friday, February 19, at an event held with the workers of the state petroleum company Petróleos de Venezuela (PDVSA).

Maduro reminded that due to the theft of the assets of CITGO—a PDVSA subsidiary in the US—by the previous US administration of Donald Trump and the Venezuelan extreme right led by former deputy Juan Guaidó, the South American country stopped selling 500,000 barrels of quality oil to the refineries in the United States.

In this context, the Chavista leader emphasized that Caracas has always been open within the legal framework and the Venezuelan Constitution to enter into a new era of relations between US and Venezuelan oil interests, but as long as the US authorities restore “the legality of our CITGO company,” he warned.

Likewise, he announced that in the context of the Anti-Blockade Law, the Bolivarian country will advance in negotiations with companies from various nations of the world so that they invest in the Venezuelan oil industry.

After questioning the energy embargo that Washington imposed on Caracas since 2019 as part of a series of unilateral sanctions to promote a coup against his government with the failed objective of putting in power someone allied to the hegemonic interests of the United States, the Venezuelan leader reported that the aforementioned economic, financial and commercial blockade has caused a 99% decrease of the country’s income in foreign currency.

“They attacked the heart of the Venezuelan economy with missiles in a cruel way through the prohibition of activities and restrictions on all oil companies in the world and particularly US companies,” Maduro added.

Tensions between Washington and Caracas peaked during the term of the former President of the United States, the Republican Donald Trump. The new tenant of the White House, Democrat Joe Biden, has lifted some restrictions against Caracas and has expressed that he may open channels of dialogue with Venezuela.