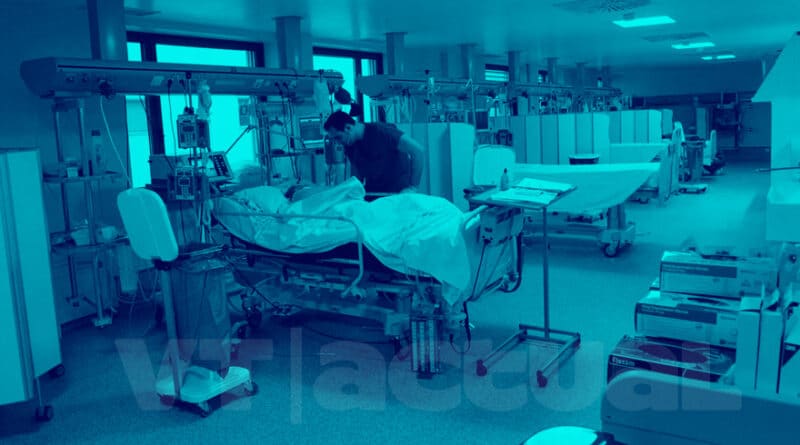 The care of patients with Coronavirus in Venezuela is distributed between the public and private systems. So far, the first covers most of the infected with 7,818 of the hospital admissions and the Comprehensive Diagnostic Center (CDI), which represents 98% of the cases. While the second has only 176 of the patients, that represents only 2%.

According to the Organic Health Law of 2019, Venezuela has more than a thousand private clinics. Currently only a small part of the population has access to these health centers due to their high cost.

Before the arrival of the pandemic, all the clinics were activated in conjunction with the public health system. In fact, the diagnostic tests for the detection of the virus, Polymerase Chain Reaction (PCR), are provided only by the government of Venezuela to the entire health system, including private health providers.

However, in private clinics when it comes to care for cases of Coronavirus, the only thing free is the test. The other part of the care and services are inaccessible. The established prices in these private establishments exceed 2,500 dollars.

Given these high amounts, Venezuelans go to the 46 Sentinel Hospitals activate in the country. There are also more than 300 Comprehensive Diagnostic Centers and more than 200 hotels, which are progressively being outfitted according to the reported cases.

Testimonies of private medicine in Venezuela
Although only 2% of the Venezuelan population with Covid-19 problems is hospitalized in private clinics, the price of their services goes beyond speculation.

Carolina Alayón, had to face the death of her father this week due to the virus. She was being treated at the “Hospital de Clínicas Caracas”, one of the most expensive in the Venezuelan capital. After five days in the hospital and after paying $ 12,000 he died because she was unable to pay an extra $ 5,000.

“To be admitted in this private hospital, we paid a thousand dollars. The test was free and it came back positive, he had already felt bad for several days. On the third day, they told us that he had to be connected to the artificial respirator, which had an additional cost of five thousand dollars,” explained Alayón.

She explained that they did not have the money, “every day we had to pay 2,500 dollars, a friend who is abroad helped us, but with the payment of the respirator, he could no longer help us.” For two days, he continued to receive care in a light way, without being connected to the ventilatorb or being transferred to the Intensive Care Unit (ICU) and on the fifth day, he died.

Once they were informed of the death of their father, they were evicted from the place, of course, before they had to cancel (a charge of) $ 1,000 as “payment of death expenses.” Carolina reported that 26 other people were being treated at the moment of her father’s death.

Private medicine is not synonymous with good care
In Puerto La Cruz, a city located in the Anzoátegui state in Venezuela, a similar situation arose. Oscar Guédez’s father died because his family could not pay the cost of admission to the health center. Emergency health care took a backseat.

“My dad tested positive two weeks ago and was in a hospital during that time. However, we got money to take him to a clinic, but we didn’t know it was so expensive,” he said.

“We only had $ 4,000, while we were trying to reach an agreement with the clinic, my father died in the ambulance. They never let us in,” he said.

Private medicine under the magnifying glass
Excessive charges in the private health system have always been reported in Venezuela. In recent weeks the government of the South American country has monitored these allegations.

On August 4, the mayor of the Libertador municipality in Caracas, Erika Farias, announced that the Venezuelan government met with representatives of the private clinics. She reported that an agreement was signed to expand the capacity to care for patients with complications from Covid-19.

At the end of 2019, Venezuelan authorities sanctioned 80 private clinics throughout the country for charging for services in foreign currency. The fines were the equivalent of 20 and 40% of their annual net income.

These health care centers allegedly incurred crimes of speculation, conditioning, and usury in the payment of medical services. This illegal action of conditioning is punishable in Venezuela with fines between 500 and 10,000 Tax Units, depending on its severity.