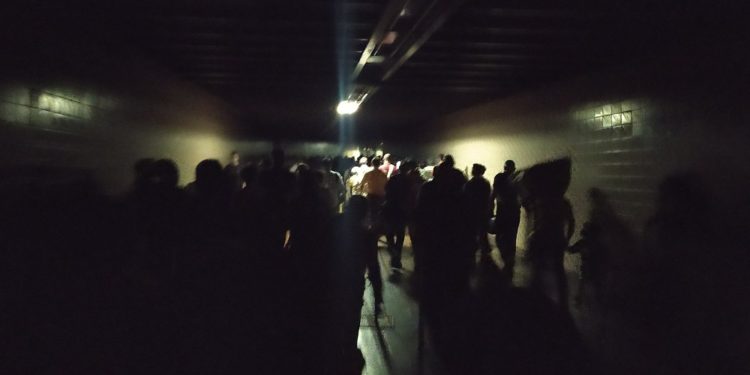 This Thursday at 4:00 pm, a blackout surprised Venezuelans and several states in the country were without electricity. Through social media networks it was reported that areas including the Sucre municipality and the Capital District (Caracas) had some sectors without electricity.

In Caracas, the countryside, Libertador Avenue, Sucre parish, San Agustin, Guarenas, Guatire and La Pastora were left without electricity, and surges were reported in El Paraiso and Montalban, among other neighborhoods.

Users of the Metro de Caracas subway system also reported that the electricity incident affected not only the metro service, but also the El Silencio-Capitolio transfer passage. This was reported by journalist Robert Lobo on his Twitter account. “At 5:00 pm, this is the transfer of the Caracas Metro, El Silencio-Capitolio. Completely dark,” he tweeted, alongside a photo of the passage between these two very busy metro stations.