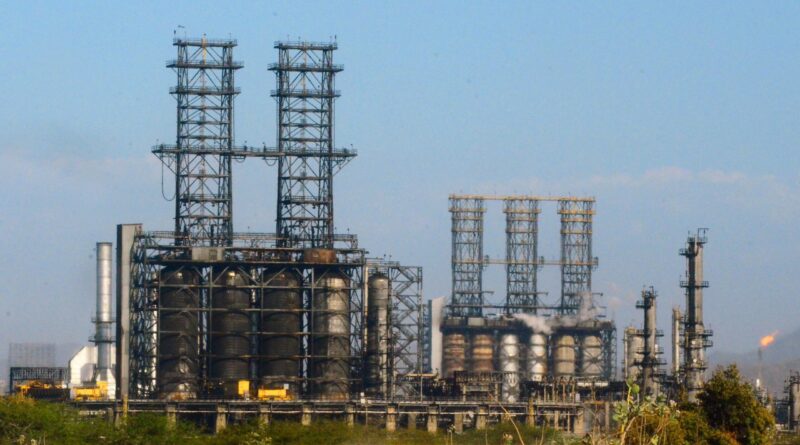 At the invitation of President Nicolás Maduro, Dr. Alena Douhan will visit our nation. Dr. Douhan is the Special Rapporteur of the UN Human Rights Commission covering the negative impact that unilateral coercive measures have on the enjoyment of human rights. She is coming to gather information related to the effects of the so-called sanctions imposed by the United States against the Venezuelan people. With regard to her visit, we consider it pertinent to make some clarifications.

The timing
The unilateral coercive measures began in 2013 and not in 2017 as some claim. With covert practices, the US government has hindered, since 2013, Venezuela’s transactions with the international financial system, including access to credit. The manipulation of the country’s financial risk index was one of the actions they undertook. It suddenly went from 768 in 2012 to 2,625 in 2016. It varied, inexplicably, 242 percent in a context in which our country had $30 billion USD in international reserves, around $88 billion USD a year in exports, and we were punctually meeting our foreign debt commitments; between 2013 and 2015 alone we paid some $60 billion USD.

In 2016, Germany’s Commerzbank closed PDVSA’s accounts. Citibank did the same and Portugal’s Novo Banco reported the impossibility of carrying out dollar transactions with Venezuela. These are just a few examples.

The financial blockade began long before Obama issued Executive Order in 2017 declaring us an “unusual and extraordinary threat to the national security and foreign policy of the United States.”

It’s not just “sanctions”
US aggressions against Venezuelans are not limited to “sanctions.” Between 2013 and 2016, Venezuelans suffered programmed and induced shortages of essential products that led to long lines and rationing as a result of the disruption of distribution channels by transnational monopolies. An inexplicable shortage in a country that, for that period, registered the highest GDP in 30 years and 70 percent higher than that of 2020.

Silently in 2013, the US government began to attack our currency by inducing an escalation in prices. Between 2013 and 2020 the US has induced a depreciation of the bolivar in the order of 234,009,360,274 percent, resulting in a variation of 30,700,127,469 percent in prices. At first, they did it covertly until, in December 2019, Republican Senator Richard Black confessed that it was they who had demonetized the bolivar.

They are not just numbers, they are faces, names and surnames
The economic and financial blockade has not only hindered the import of essential goods, it has also affected oil production and therefore the domestic supply of fuel, as well as the export of hydrocarbons that generate 90 percent of our foreign exchange earnings. Oil production has fallen 82 percent between 2013 and 2020, while exports have fallen 76 percent.

At the same time, the attack on the bolivar has not only induced an escalation in prices but has also affected domestic production due to the loss of purchasing power.

As a result of the blockade of PDVSA and the attack on the bolivar, Venezuelans production has lowered about $170 billion USD between 2016 and 2019 alone. A figure that, for Venezuelans, is equivalent to the import of medicines and food for 40 years, or the equivalent of the resources needed for the provision of health services, public and private, for 25 years, or for education at all levels for 20 years.

To these economic losses, we must add the almost $ 25billion USD that are being held in international banks or that have been stolen from us in assets, as in the case of CITGO, a subsidiary of PDVSA.

These big numbers have faces, names and surnames. In 2019 and as a consequence of the “sanctions,” 12 children with leukemia could not receive bone marrow transplants because the banks refused to make the transfers. Batches of medicines have been withheld because of the economic blockade, just as food has been withheld. During the pandemic it has been no different—on the contrary, they have intensified the “sanctions” and blocked the fuel needed to transport food, medicines and patients. An 18-year-old girl in labor died in Maturín because the ambulance had no petrol. A young man also died in Táchira due to lack of petrol. There are many testimonies like these.

These are crimes against humanity
What began covertly in 2013 has gradually been formalized through laws and executive orders by consecutive US governments. It has also been brazenly confessed by White House spokespersons who have not only stated that they have been blockading us, attacking our currency and that the main target is PDVSA, but have also publicly acknowledged the suffering that these actions entail for all the Venezuelan people. Former US Ambassador William Brownfield said that the “sanctions” against PDVSA would have an impact on the entire people and that it was necessary to accelerate the collapse even if it meant suffering for months or years.

Crimes against humanity are, according to the Rome Statute, “those committed as part of a widespread and systematic attack directed against a civilian population, with knowledge of the attack.”

The excuses
Believing itself to be the policemen of the world, unilaterally and in violation of international humanitarian law, the US has tried to justify the coercive measures with the discourse of the alleged dictatorship and narco-state in Venezuela.

In the last eight years, eight elections have been held in Venezuela with an automated electoral system that in less than 24 hours produces irreversible results and has been audited by all parties involved in the electoral contest.

Without any proof, as they have tended to do to justify interference (remember the war in Iraq), they have accused us of being a narco-state. It is the case that, in the reports published by the United Nations, Venezuela does not even appear as a producer, consumer or distributor of drugs.

The real reason behind the US aggressions against the Venezuelan people was stated by Elliot Abrams before the US House of Representatives: “We, who are the champions of democracy in the world, have always proven that socialism has been a failure everywhere it has tried to impose itself, and therefore we cannot allow Venezuela to be the exception.”

Response of the Bolivarian government, the people and its Armed Forces
How the Venezuelan people, the government, and the armed forces have resisted democratically and peacefully for eight years in the face of such an onslaught is invaluable information that Dr. Douhan should gather during her visit. Perhaps scheduling meetings with ordinary people could contribute to this important task that was entrusted to her.