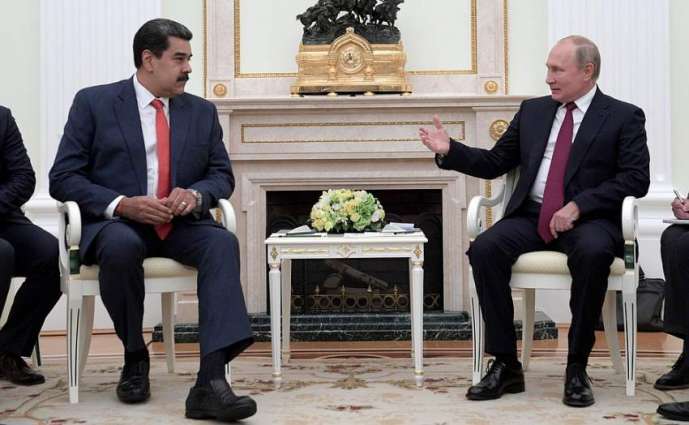 Venezuela has been struggling with a political and economic crisis sparked by the decline in oil prices and the consequent fall in state revenue, as well as sanctions, imposed by Washington.

Russia is looking into the possibility of sending a permanent economic mission to Venezuela for a more detailed review of its economy, Russian Deputy Finance Minister Sergey Storchak told journalists on Thursday.

According to Storchak, Venezuela filed reports on the changes in its economy following the visit of the previous Russian mission and Russian experts are currently working with this new documentation.

“Our Venezuelan partners are requesting further consulting assistance. We might dispatch Russian specialists there on a permanent basis as soon as they are ready, after we’ve studied the documents ….so that they delve deeper into the microeconomic relations rather than just macroeconomic ones,” he said.

He added that Venezuelan President Nicolas Maduro wanted to see a permanent economic mission in the country.

“This is just a concept, not even a specific proposal,” he specified.
Storchak did not rule out that some military advisers could join the economic mission as well.

The Russian deputy finance minister also recalled that Venezuela was facing problems regarding settling its debt to foreign creditors, including private funds and bondholders.

“We have said that as soon as necessary conditions are in place, we are ready to provide methodological assistance. There are many details and pitfalls. It is very difficult to reach an agreement with private creditors, especially those holding bonds,” Storchak stressed.
Earlier this year, the Deputy Finance Minister said that Moscow had proposed an informal plan to revive Venezuela’s economy.

The Venezuelan economy has suffered due to the fall in oil prices and state revenue, as well as sanctions, imposed by the United States, which prompted galloping inflation and a shortage of goods.

Nevertheless, this summer President Maduro said that Venezuela will embark on a new direction in its economic development that will allow the country to decrease its dependence on oil.