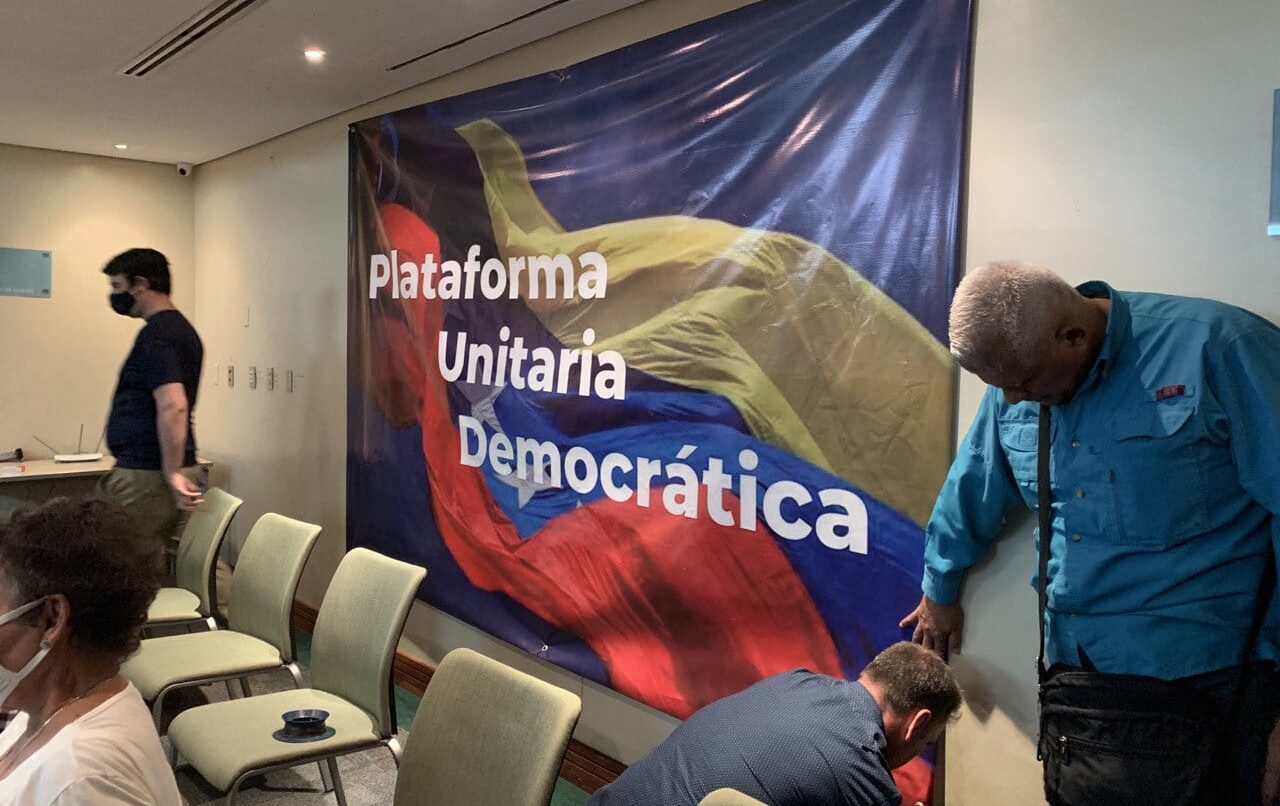 Featured image: A banner with the text "Plataforma Unitaria Democratica" (Unitary Democratic Platform) being fixed on a wall of a room before a press conference. Photo: Punto de Corte/File photo.

The Venezuelan opposition primary elections may be held in June 2023, as reported by Reuters, that had consulted “two sources familiar with the matter.”

In an article published this Friday, October 14, Reuters reported that the far-right section of the Venezuelan opposition agreed to hold primary elections to elect a single candidate for the 2024 presidential elections, by the end of June 2023.

Allegedly, the decision was made by the leaders of this political sector of the opposition during a meeting in Panama, which was held earlier this week. It raised concerns among many that it was not reported by any Venezuelan news outlet until Reuters published its English language piece on the matter.

It is expected that the official announcement for the holding of the internal elections will be made by the Unitary Platform next week.

According to the sources consulted by Reuters, the 10 main opposition parties in Venezuela agreed on the date. However, the sources were not certain about what will happen to the so-called interim presidency of former deputy Juan Guaidó.

Since 2019 Guaidó has asserted everywhere that he is heading an “interim government” in Venezuela. However, three years later, he has lost most of what little international support that he had to begin with. He is losing more and more “authority” over the assets stolen from the country, as happened with Monómeros, which has recently been returned to the control of the constitutional government of Venezuela, headed by President Maduro.

Guaidó has never had any kind of authority in the Venezuelan State, or in any of its territory, and his only capital was a group of 50 countries that the US pushed to recognize him but that, according to the most recent count, has dwindled to 10. Guaidó’s access to Venezuelan assets abroad is largely thanks to Washington underhandedly granting him said assets, utilizing piracy tricks and its control over the international financial system.

Venezuelan presidential elections are scheduled to be held in 2024, as established by the Constitution of the Bolivarian Republic of Venezuela.

Although President Maduro recently joked with the governor of the Miranda state, Héctor Rodríguez, about the possibility of early elections, the reality is that the National Electoral Council (CNE) has the last word on this issue. According to rules, the election will be scheduled for the month of December 2024.

Currently, several opposition leaders are campaigning throughout the country, demanding certain conditions for the internal primaries to be held.

One of them is the leader of Vente Venezuela, María Corina Machado, who does not want the electoral authority (CNE) to be involved in the primary elections at all. She is also asking that Venezuelans abroad to be allowed to vote in the US, where Guaidó’s “diplomats” control the embassy and consulates largely thanks to his big brother in Washington.

However, the CNE and its instances are part of the constitutional and historical logistics for presidential elections in Venezuela, which Machado will have to abide by if she wins the primaries.