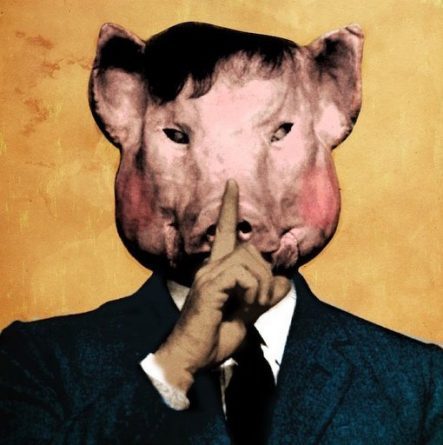 There’s something in me that revolts against injustice and wrong. Like the genes that transmit our genetic inheritance, there are intellectual forces – call them Metis assets from the Greek goddess of intelligence Metis — that define us as human beings no less than the biological markers of skin color, height, etc.

I received my Metis inheritance from my parents and Greek culture in both Greece and the United States. I cannot say how this transmission took place. But I can say immersing oneself in Greek thought, as I did for decades, helps to see the world with the eyes of justice, the beautiful and the good.

That is the reason I did not become a “team player” at the US Environmental Protection Agency, a prospect of higher salary and advancement. I saw the wrong embedded in the laws, regulations, and the sleazy behavior of industry lobbyists and senior EPA officials.

Behind this unseemly politics was money, lots of money in the billions. In my college teaching, during the first class meeting, I would ask my students a simple question. How many of you like or dislike billionaires? Are they citizens like you or their tremendous wealth makes them different, perhaps, a threat to our democracy?

My students were equally divided. About 50 percent had no trouble with billionaires. The rest expressed uneasiness with people with so much power. After all, they said, we live in a democracy, don’t we?

Even in ancient Athens credited with having invented and practiced a hands-on radical democracy, the process of democracy – rule by the people — was complicated and difficult. It demanded the active and perpetual participation of thousands of citizens for the administration of justice and deciding the policies of the polis.

The Athenians had their own billionaires whom they obliged to pay for national defense and public festivals.

What do we do with our billionaires? Practically nothing, save for allowing them not to pay taxes, and continue with their kleptocratic (thieving) practices and business.

The results are catastrophic.

Billionaires accumulate even more wealth and the power that goes with it. They separate themselves from the rest of us. They employ armies of servants to keep them safe and well fed, behind impregnable castles of technology, brick and mortar. Their lobbyists have been bribing Congress and the White House for decades.

RELATED CONTENT: Venezuela: The Straw that Breaks the Empire’s Back?

What do the bribes buy for the billionaire class? No oversight of their business, giving them free hand in pollution, monopoly in the market, control of the prices they sell their products, even if that means death for people who cannot afford those products, as it happens with drugs of the pharmaceutical industry.

The bribes also gut democracy, even the long-distance, second-hand democracy we have in the United States. Those receiving the bribes are politicians “we elect” to Congress and state legislatures. But these bribed politicians have no dignity or honor, signing on the dotted line with their paymasters. They certainly don’t serve us or democracy.

As if these hostile acts are not enough, now, in 2019, the billionaire class is using the so-called media (large TV and radio networks, and newspapers) to either raise doubts about global warming or to bamboozle Americans that climate change is a hoax. The cheerleader of this insidious propaganda is none other than president Donald Trump. In fact, the billionaires “elected” Trump to boost the petroleum monopolies and the industrial-agricultural-military complex.

Trump and his buddies somehow have exorcised rising temperatures. Like dark-age landlords, they have convinced themselves they are invulnerable to the rising climate calamities. Their skyscrapers promise fake security. As for the rest of humanity, including their children and grandchildren, don’t seem to cross the megalomania and hubris engulfing their metal brains.

In fact, the billionaires are having such a great time in America, they are building a wall of permanently annulling the democracy-like practices still surviving, like electing, from time to time, whom we like. They see the rising majorities in non-white people with alarm. So, they are stealing millions of votes all over the country.

I don’t know how billionaire kleptocracy does this in the middle of the night. But Greg Palast does. This is an extraordinary investigative reporter that does not mince words. I met him recently. He speaks of thieves at the highest levels of America, among billionaires especially. He wrote an eye-opener book, The Best Democracy Money Can Buy: A Tale of Billionaires and Ballot Bandits (Seven Stories Press, 2016).

Ted Rall translates the tales of Palast into a small comic book, The Crypt of Democracy. Then this comic book finds itself into the heart of Palast’s book, enriching the overall purpose and impact of the stories Palast relates with so much originality, excitement, integrity and anger.

Read this book. It’s well-written. It is provocative. It tells stories that should anger any American with democratic values and patriotism. It is a riveting chronicle of kleptocracy, especially vote heist. It will probably shock you.

Corruption is so thick among the rulers of America (billionaires) that they threaten to make this country worse than a banana police state. They mix the selling of religion with stealing diamonds from Congo and the petroleum of Venezuela. They bribe dictators in Asia in order to buy their petroleum at a cheap price . They are in bed with Saudi Arabia, the worst religious theocracy on Earth, the very country funding Islamic fanatics all over the world.

All American presidents that I remember paid homage to the petroleum kings of Saudi Arabia. Palast calls them dictators in bathrobes.

Palast, however, uses more than rhetorical flourish. He means what he says. For example, he does not simply recommend vote reform. He denounces the billionaires. But he goes further. He uses the surgical knife to cut out the cause of kleptocracy: “put an end to billionaires… take away their billions,” he says.