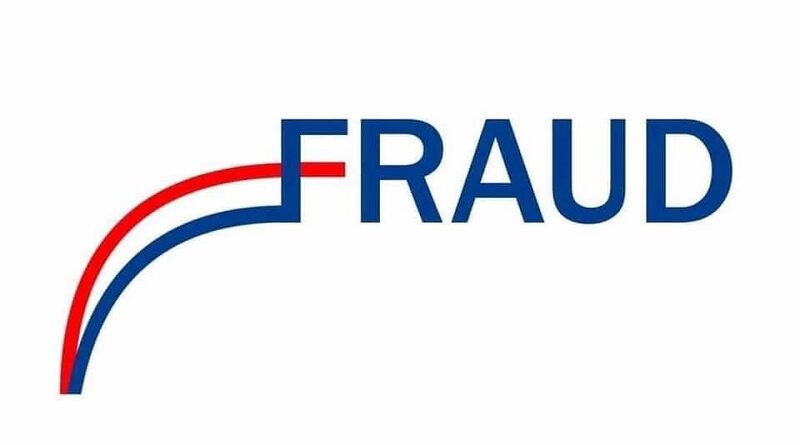 The precedent established by the Organization of American States’ claims that fraud was committed in the 2019 Bolivian presidential election after a suspicious delay in releasing the tally resulted in then-President Morales emerging the victor without a second round being necessary like would have otherwise been the case had the pre-delay trend held solid justifies Trump’s accusations that fraud was also committed during the US’ very similar electoral crisis concerning the equally suspicious and ultimately game-changing delay in reporting on mail-in ballots.

“The Anti-Trump Regime Change Sequence Is Worthwhile Studying”, as I remarked earlier on Thursday, yet what’s just as worthwhile to consider is the way in which the 2019 Bolivian precedent justifies Trump’s accusations of fraud during the US’ very similar electoral crisis. To explain, the suspicious delay in releasing the tally during the Bolivian election resulted in then-President Morales emerging the victor without a second round being necessary like would have otherwise been the case had the pre-delay trend held solid. This is almost the exact same scenario as what recently unfolded in the the several battleground states where an equally suspicious and ultimately game-changing delay resulted in Biden suddenly obtaining literally hundreds of thousands of mail-in ballots.

Just a little over a year ago, the Organization of American States (which includes the US)claimed that the irregularity in Bolivia’s voting process raised serious suspicions of fraud, after which the government agreed to hold new elections and announced that it will overhaul the Supreme Electoral Tribunal as well as investigate its members. Regrettably, however, that contentious incident catalyzed a preplanned Color Revolution which ended in a military coupthat was surprisingly reversed through democratic means last month. Nevertheless, the precedent of regarding it as suspicious whenever an unexpected delay in tallying votes results in a game-changing outcome should also be applied in the American case.

It’s hypocritical to hold the US to a different standard just because the Democrats are doing the same thing at a much larger scale and with potentially global consequences. In addition, it should also be pointed out that the Biden campaign was strangely silent after the military coup overthrew then-President Morales in reaction to the electoral fraud that was allegedly committed, with even left-wing Salon opining how odd it was at the time. It’s therefore doubly hypocritical to not only refuse to hold the US to the same standard as Bolivia after the precedent that the American government itself partially established, but for the Democrats to be against it too.

Every Democrat Is A Wannbe Dictator

I wrote earlier this week that “Every Democrat Is A Wannabe Dictator” that will bend every rule and violate all of their prior principles in their pursuit of power for “the cause”. Even worse, they’re now trying to gaslight everyone who claims that America’s repeat of the Bolivian precedent should at the very least raise legitimate suspicions of fraud by claiming that they’re “conspiracy theorists” or have “ulterior motives” for expressing their constitutionally enshrined freedom of speech by publicly saying as much. This isn’t due to ignorance, but is an intent to manipulate the public’s perceptions for the purpose of legitimizing their ongoing coup attempt.

Applying The Bolivian Precedent To The American Case

If the Bolivian precedent was applied to the American case like it arguably should be, then there shouldn’t be any opposition to an investigation into the clear irregularities which occurred in several battleground states whose outcome will decide the presidency, especially since this standard was applied by the US government itself just a year ago against that South American nation. To then-President Morales’ credit, he acknowledged the democratic shortcoming that took place, agreed to hold new elections, decided to investigate the Supreme Electoral Tribunal, and initiated an investigation into its members prior to unfortunately being overthrown.

The Democrats, however, would never follow in his footsteps since doing so would be rightly interpreted as acknowledgement that they or their surrogates did indeed commit electoral fraud as suspected. Instead, they’re doing all that they can to obfuscate Trump’s efforts to get to the bottom of what really happened. They would never agree to hold a rerun of the elections in those states since they know that they’d lose if it was held over a several-day period for example and conducted entirely in person with a bipartisan team of observers monitoring the entire process from start to finish like should theoretically happen in the best-case scenario.

The Argument For A Partial Rerun Without Mail-In Ballots

After all, it was only through their mail-in ballot scheme that the Democrats were able to push through their fraud, but there was never any real reason to resort to such measures in the first place. Democrat governors applied obvious double standards towards the lockdown by restricting most folks to their homes while turning a blind eye whenever their de-facto street militias of Antifa and “Black Lives Matter” wantonly burned, looted, rioted, and even murdered in rare instances throughout those states’ main cities with impunity. If COVID was as deadly for most folks as they claimed, they wouldn’t have risked getting their voters infected even the election.

For this very reason alone, to say nothing of the other arguments that were mentioned in this analysis pertaining to the Bolivian precedent, there should be an in-person rerun in each of the battleground states where mail-in ballot are suspected of resulting in large-scale fraud. This could occur over a several-day period out of convenience for those who fear catching COVID if they’re around large crowds, but the entire process would have to be monitored from start to finish by a bipartisan team of observers. Of course, this will probably never happen, but it’s being suggested for the sake of contributing a constructive solution to this crisis.

Knowledge of the Bolivian precedent provides useful insight into the best-case scenario that the US’ very similar electoral crisis could take even though it’s extremely unrealistic to achieve. The value therefore rests more in proving that Trump’s argument of fraud isn’t “illegitimate” like the Democrats claim, but actually grounded in a recent precedent that the US itself participated in setting, which was silently approved by none other than Biden at the time as well. In the battle for hearts and minds, every rhetorical point grounded in facts could make a powerful difference in shaping perceptions, hence why the Bolivian precedent must be widely reported upon by all concerned citizens.