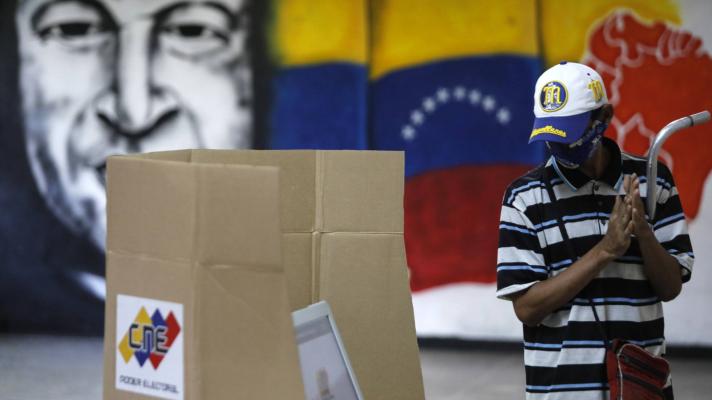 If something is an indicator of the maturity of Venezuela’s democracy, it is the capacity it has had to absorb forced situations of conflict and instability within its legal and electoral framework established by its Constitution. The episodes of political violence, where there have been a constant denial of the political institutions of the country, have insistently got repeated, time and time again, but have collided with this well-established political culture.

Elections are a fundamental aspect of any democratic system, and in Venezuela, elections have manifested as a renewed commitment to coexistence and reconciliation within the context of strong pressures experienced in the country.

Elections, which are classically understood as a procedure that balances power structures, have acquired a crucial role in the construction of the sustained conditions of peace and stability in Venezuela. For this reason, the exercise in democracy that is the Venezuelan citizens’ right to vote is considered as an objective to beat by the anti-political factions whose aim is the destruction of the rule of law through insurrectionary means.

RELATED CONTENT: Campaign for Venezuela’s 21N Regional Elections Begins: How Many Candidates are There?

Underpinned by foreign powers with specific geopolitical interests regarding Venezuela, these factions base their agendas on the principle that the abrupt change in power they pose can only be imposed through non-democratic means.

Examples of this are all the tactics that have been used, such as coup attempts, armed insurrections, mercenary invasions and military seditions—a whole range of actions that have been dismantled by the Bolivarian government and Chavismo in the streets, villages and, literally, on the beach.

The aforementioned democratic maturity, which has been consolidated by a voting culture perfectly integrated into the people’s mentality which favors political participation, has been delegitimizing the violent methods.

The November 21 mega-elections, and the broad agreement that made the formal convocation of the elections possible, have confirmed the Venezuelan people’s—and the contending parties’—will to consolidate the democratic pathways of the Venezuelan Constitution.

These upcoming mega-elections have a high historical value; they are the product of a broad and unprecedented consensus between political and social sectors that are trying to strategically reestablish the consolidation of the foundations of harmony and stability intrinsic to the Republic.

The consensus originated from various sources within a process of broad dialogue between various political sectors of a diverse scope and ideological orientation, whose common goal was to establish a route of normalization of the political institutions of the country:

These conditions, woven with patience for at least two years through a broad and transversal agreement, led to the nomination of candidates of the so-called G4, which implied a resignation from abstentionism as a result of the failure of the application of a violent agenda.

Although it could be said that the failure of the belligerent strategy is of the making of anti-Chavismo, historically dominated by interests that, often times, repel each other, it is also evident that the political pressure from Chavismo, and some moderate opposition sectors, managed to neutralize the former in favor of the current scenario.

The 21N mega-elections have once again demonstrated how a connection between political-social dialogue and the democratic exercise of the vote and political participation configures the base of an always threatened but mature democracy that is trying to remain rooted.

Featured image: The mega-elections of the November 21, and the broad agreement that made its formal convocation possible, confirm the shared desire of the population and the entire political arc to consolidate the democratic ways of the Venezuelan Constitution. Photo: Reuters