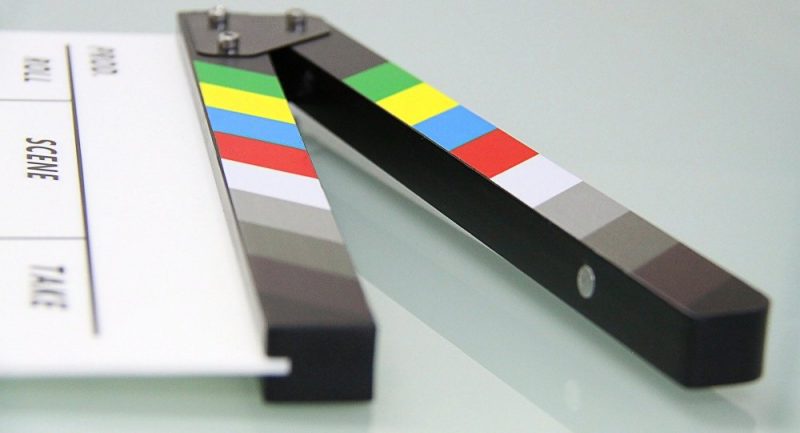 “War is waged through the minds of mankind,” Venezuelan intellectual, Luis Britto García, warns us in his book, “The Countercultural Empire.” However, this is not a regular kind of war, the battlefield is in the cultural arena.

This war is governed by controlling “the will on the extraterritorial or class enemy” towards a certain way of thinking, and valuing the world and its role within it. The United States, as the maximum and most efficient player in this kind of war, decides to bomb only after their ideological missiles have failed.

Since the Lumière brothers took the first steps to establish the foundations of cinema more than a hundred years ago, the film and the television industries have become the most powerful machinery to persuade the lifestyles, values and beliefs of individuals. The modeling has been massive and millimetrically directed, through an imaginary universe from which nobody seems completely safe.

In this context of a truly asimetric struggle, we wanted to explore the possibilities of a true film industry in Venezuela and if it could emerge and contribute to the imaginary of their nationals and their fellow South Americans, so that they are not only nurtured by the images, dreams, expectations and metaphors ‘made in the USA’; but also, if it could contribute to the socioeconomic development of the country.

A director’s point of view

For José Antonio Varela, filmmaker and former president of the Villa del Cine, it is possible to think positively. “Venezuelan cinema has been inventing itself for 60 years, adapting to new situations, and we are now in a very complicated situation that has completely changed the way we approach to make films, but the filmmakers who are still here are looking for options,” he says.

According to Varela, the important thing is to insert the cinema “within a project to recover the entire country, and not isolated in a bubble”. He also highlights the significant policies promoted by the Bolivarian Revolution in the film sector. He emphasizes that it went from one or two films made per year in the nineties, to more than thirty films a year after the arrival of President Chávez. “Every time you went to the movies in those years, there was an offer of about four films made in the country, thanks to that, it was possible that the highest grossing film in the history of cinema in the country, was a Venezuelan one” she says.

According to Varela, “Venezuela can be positioned as a high-profile location to serve as a platform for making films, to attract investment for national and international production, but that requires great levels of organization and planning. Those involved in film projects are accustomed to making them come true between five to seven years; a policy that has no studies, supports, has no projections, will not convince a film producer, improvisation is not an option.”

However, not everything is optimism. There are a series of obstacles to overcome the difficult situation experienced by the filmmakers in the country. “All the mechanisms from which the largest number of films were funded have been weakened or disappeared, an example is the Ibermedia international program which Venezuela is one of the its founders. Such program, which funded great films and promoted international co-production, is no longer available for us; the country has been unable to comply with its contributions, therefore the national filmmakers that have been selected for funding have not been able to collect those monies, since the country has been suspended from the program. The CNAC (National Autonomous Center for Cinematography) is giving some amounts but their contribution is so ridiculous that you cannot pay a person’s fee for a week, that’s the reality … The Villa del Cine is still supporting some films but it’s very diminished “.

When asked about what we must do to achieve a resurgence of the film industry. Varela has clear answers:

“We have a very high level technical staff trained in Venezuela and that still remains in the country.There is a project that has not been consolidated, something that most countries already have, and is to conform our Commission Film, which is responsible for promoting film services, highlighting the infrastructure, the quality of the spaces, the technicians in each country. In the recent International Tourism Fair of Venezuela (FITVEN) such should have had a stand. Finally, there is a request from the film guilds to correct an issue of the film law regulations so that we can receive contributions from private companies and such could reduce of the capital gain taxes to the treasury, would be an incentive to support the sector.”

A producer’s point of view

G.A. Mercado is a business consultant and film producer, whose pragmatic vision of the cinematographic world comes from having served as a business executive at a multinational corporation in the United States. Contrary to what one might think, he considers that the overexposure that has been given to Venezuela in the international media is an opportunity to promote the contents produced in the country.

“We are no longer an invisible country. Venezuela has been in the world news narrative for the last 20 years, so any high quality national audiovisual narrative already has a pathway to attract audiences during its premiere. Those of us who remain and have the know-how of this industry, not only truly value our identity but also are committed to promoting economic diversification in this late and unique historical opportunity, “he says.

How would we be more competitive in terms of film production?

-There is no film industry without good stories well told. The only way to make our cultural offerings exportable, in other words, competitive, is to develop our audiovisual narrative capabilities. This can not be achieved with workshops, courses, “film” careers or with the traditional Venezuelan “screenwriters” who have not been able to create an industry to date. The way to develop screenwriters and filmmakers that are up to the narrative demands and audiovisual expectations of the world audiences is through a narrative development program similar to the Sundance Institute’s Feature Film Program, led by a visionary highly capable and accompanied by those Latin Americans professionals with a proven track record in the global film industry such as Guillermo del Toro, Guillermo Arriaga, Alfonso Cuarón and Alejandro González Iñárritu, among others of their height.

Who do you think are the ones called to promote the strengthening of this film industry?

– Only truly sovereign countries promote and develop their cultural industries. So the State should be the main promoter, adjusting banking laws to the particularities of this industry, establishing credit portfolios objectives in the public banking and private banking for film producers, in foreign currency or in petros, and ensuring the faithful fulfillment of such annual goals of these credit portfolios. Without accountability or stakeholders, there is no industry.

The development of the film industry requires not only a constant technological renovation, but also the methodical and disciplined application of a fairly straightforward industrial process that begins with the conception of the project until the box office monies are collected, and this takes considerable time, it is complex and depends on a lot of financial capital. To produce a “low budget” film, assuming that an X country has “highly qualified and competitive” talent, the industry standards and requirements are so compelling for an audiovisual product to participate, compete and be visually accepted by an audience, beyond the quality of the script, it costs no less than four million US dollars or its equivalent in other fiat currencies, anywhere in the world.

Additionally, the Villa del Cine could attract international producers/productions and thus have access to foreign currencies, only if it transforms its current legal entity from a non-profit foundation, and impossible for international trade, to company or corporation with mixed capital (private/public) or consigned in bailment to a producer, legally and criminally bound, audited by an external and independent firm (Chinese or Russian), and with an annual and equitable distribution of its profits.

What are the “good practices” that must be supported for the establishment of a film and television industry in Venezuela, and what would be the “bad practices to eradicate”?

-Good practices: 1) All industries are developed when its participants generate real and competitive solutions to meet the needs and/or expectations of a specific or unsatisfied audience. The film audiences want and seek to recreate. 2) Understand that producers with proven skills in business development are the ones who conceive, develop, produce, distribute, market and collect the box office. They are the only leaders and only responsible for the success, or failure, of the film industry.

Bad practices: 1) The believe that the ultimate goal of the film industry is the artistic expression of its creators or obtaining national or international awards. 2) Pretending to develop a film industry with those who have had access to resources never before dispensed by any State in any other part of the world, and have not been able to distribute a single film in international markets to generate a net profit or return over the initial investment.

How could a strong and thriving film industry contribute to the socio-productive development of the country?