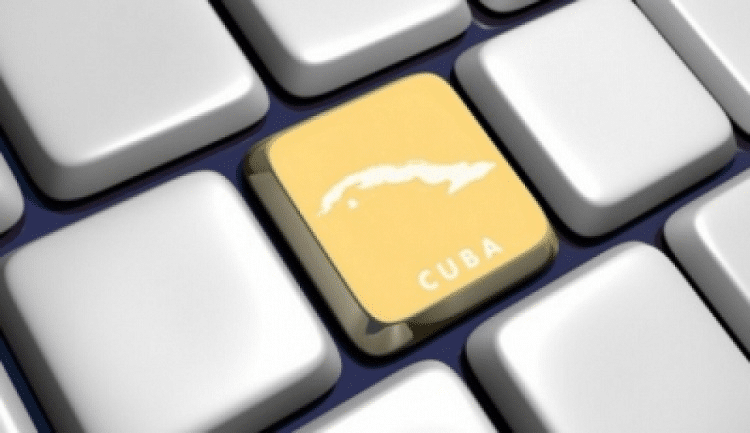 GitHub, the largest free software platform in the world, has published an incomplete list of 60 computer programs, sites and services restricted for Cuba by the unreasonable US blockade, a blockade that, according to US Senator Marco Rubio, does not exist. The list includes everything from Zoom, the most popular videoconferencing platform in these times of the pandemic, to most Google applications, such as Code, Cloud, Maps and Play Publics.

The list is incomplete because services blocked a few weeks ago, such as Wetransfer, which allows anyone who does not live in Cuba to transfer computer files over the internet and which journalists used to send photos, audios or videos to our newsrooms, are not included. Wetransfer is a company based in Amsterdam, which suddenly decided to abide by US laws and deny access to Cubans.

The paradox is that this is happening when the White House, always such good friends with those of the South, has focused on two axes of the same interference discourse: it will dialogue with the Cubans (meaning Miami) to decide what new sanctions it will impose on the island, and it has decided to provide Cuba with a “new free internet infrastructure” to make us very happy.

RELATED CONTENT: The Canadian Government Acts Shamefully Ambivalent on Cuba, and Backs US Aggression on Venezuela

The dialogue with (Miami) Cubans, who do not want to talk to Biden, for whom they did not vote and still believe he stole the election from Donald Trump, are seen as an extravagance of US foreign policy. David Brooks, US correspondent of La Jornada newspaper of Mexico, referred a few days ago to Biden’s meeting with a small group of Cuban-Americans at the White House to hear opinions on what is happening on the island, although most of those present at that meeting have not set foot on our archipelago in a long time. Senator Robert Menéndez, for example, has only seen a Cuban palm tree in photographs, while businessman Emilio Estefan has not known for 58 years what the street lamp on the Morro de Santiago de Cuba, the land where he was born, looks like.

However, as Brooks states, experts in foreign policy and bilateral relations “have confirmed that the case of Cuba is unique, in which Washington, under both parties, consults with the diaspora of that country within the United States to elaborate policy towards that nation.”

The issue of internet is even stranger. Washington accuses the Cuban government of being the enemy of the internet, but blocks applications commonly used everywhere in the world. It promises a new infrastructure with stratospheric balloons and other surrealistic variants, but these days it has subjected Cuba to every possible variant of network information warfare and direct cyber warfare.

Cuban users have seen an unprecedented increase in the deployment of fake news, photos and videos from junk sites in Florida, which are even reproduced and published by international media companies. Videos from July 11 have been repeated ad infinitum as if they were new, a deceptive tactic to give the impression that the protests have continued until today, although the country is in total calm. The use of electronic gateways (VPN) is encouraged to circumvent the national public network and, in particular, the use of Psiphon, a technology developed and financed by the United States Agency for Global Media, Washington’s propaganda agency, is advertised.

Cuban media and institutional websites have suffered hundreds of denial of services attacks directed from US soil, where, in addition, domain names have been registered with rude words that redirect to pages of the national network. And as if that were not enough, we suffer from harassment by cybertroops organized from Miami that use troll farms and robots to generate the perception of chaos in Cuba on Twitter and Facebook, and insult and even threaten to kill the principal leaders, journalists, artists and other public figures, as well as ordinary citizens who dare to criticize the riots, to call for common sense against threats of military intervention or simply do not express explicit rejection of the Cuban government or join the fascist lies, trash and gossip that flood the networks.

There are numbers, data, and collected records of facts that get lost in the midst of so much daily flash and so much anti-communist shouting in the ears of the White House. But the height of all these operations can be heard in a podcast between Miami experts, brains of the intelligence community and very high-ranking officials of the US Federal Communications Commission. There, publicly, these good people talk about pressuring the International Telecommunications Union (ITU) to commit violations of international law (for example, to turn a blind eye if the balloons are installed over Cuba); they admit that they have introduced satellite phones for espionage and the organization of protests in the island; they admit that Psiphon is paid by them and promise money in abundance to telecommunications companies to violate Cuban law, among other nonsense.

The great argument is that this makes the US look like the good guy in the movie, although the theme falls to pieces when a young Cuban wants to update their phone or download a video game and gets a very educational sign on the screen: “You live in a blockaded country.”