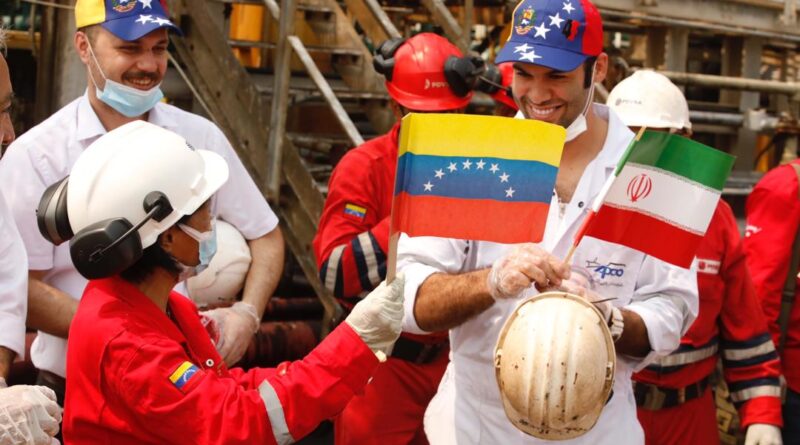 Iran has dispatched its largest fleet of oil tankers on the way to Venezuela as part of the Persian nation’s collaboration to alleviate the shortage of gasoline that the South American country is suffering as a result of criminal sanctions and blockades imposed by the United States, sources revealed to Bloomberg.

According to the media and sources that were not identified because apparently this agreement is not yet public, about 10 Iranian vessels that constitute the flotilla will also support Venezuela to export its crude.

The Iranian fleet heading to Venezuela is about twice the size of the United States Navy fleet in the area.

“We are watching what Iran is doing and making sure that other shippers, insurers, ship owners, ship captains realize that they must stay away from that trade,” said Elliott Abrams, US “special representative” for Iran and Venezuela, in September, as quoted by the US propaganda outlet (Bloomberg) in a piece that—as usual—repeats the same US narrative demonizing the government of Maduro and minimizing or erasing the terrible effects of the US sanctions on the lives of millions of Venezuelans.

This is not the first time that Iran has supplied fuel to Venezuela, as in the first half of 2020 the tankers Forest, Fortune, Petunia, Flaxon and Clavel docked at Venezuelan ports.

The sanctions and the blockade that the United States has imposed along with allied countries of both Europe and Latin America have made it difficult for Venezuela to acquire spare parts, additives and among other necessary items for the production of gasoline, not to mention the blockade against oil exports that were the main source of revenue for the Caribbean country.

A few months ago Washington, in its unstoppable decline and unbearable disdain for international law, seized several ships carrying gasoline bought by the Maduro administration to palliate the shortages, in a fashion similar to the era of piracy in the Caribbean a few centuries back. According to Venezuelan authorities, the value of that shipment was about $3 million.