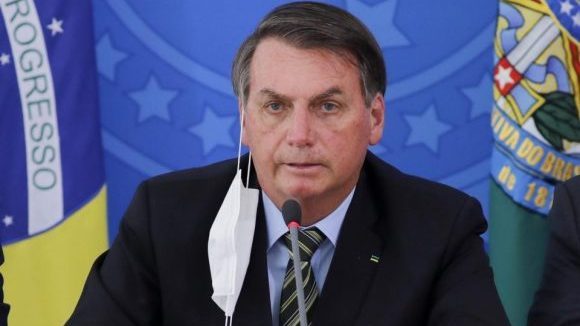 If Brazil had a real government, it would have already taken urgent precautions to minimize the effects of the pandemic on the poorest and most vulnerable. Not just the R$600 ($104 usd) people are receiving three months but expanding investment in public policies. Guedes, the Minister of the Economy would ask, “But where to get the resources”? who thinks only of filling the treasury coffers and not of preventing the country from sinking into a deep social crisis.

Now, it would be enough to follow the example of the Scandinavian nations, such as promoting tax reform and taxing large fortunes, such as inheritances, dividends, income, and wealth. Whoever earns more would have to pay more taxes. But this requires two factors that are missing from the current (mis)government: political will and a change of direction in economic policy. Throughout Latin America, the most unequal region in the world, elites are resisting progressive taxation and tax increases to strengthen the public safety net.

Covid-19 melts down all the dogmas of neoliberal capitalism. As much as Guedes clings to the anachronistic theories of the Chicago School, the fact is, now, the main capitalist countries prefer to rescue Keynesian principles, as is the case in the USA, Canada, the United Kingdom, Germany, France, Sweden and Australia.

That means more state and less misleading talk about minimum state and privatization. Faced with the lethality of the virus, it is up to the public authorities to invest in social protection policies and ensure the good health of the productive and financial systems.

While metropolitan nations impose fiscal adjustments, spending limits, financial deregulation, flexible labor relations, and other genocidal measures that make the rich richer and the poor poorer, the owners of the world are now acting in exactly the opposite direction. In fact, as they did in the 2008 crisis when they injected huge resources to prevent the domino effect of the Lehman Brothers bankruptcy.

Meanwhile, in Brazil, Bolsonaro has even issued a Provisional Measure proposing that businessmen suspend, for four months, work contracts. His idol Trump activated the Defense Production Law, which allows the State to intervene in industries to ensure the manufacture of material for the health system. The U.S. Congress set aside USD 2 trillion (in 2019, Brazil’s GDP was equivalent to USD 1.80 trillion) for social protection and the Federal Reserve Bank decided to grant loans at very low-interest rates, for small and medium businesses, students, real estate financing, credit card debt and vehicle purchases, even including credit card purchases of cell phones will be financed. They also started to buy U.S. Treasury securities from individuals to the market.

In the United Kingdom, the government released the equivalent of R$ 2.5 trillion to avoid the bankruptcy of companies, guaranteed 80% of the salary for those who earn the equivalent of up to R$ 14.8 thousand per month, and suspended the collection of VAT from commerce and workers. The self-employed received deferrals of tax payment due dates. Employers, who are exempt from paying taxes for the time being, receive credits to make money available to pay their employees.

Among so many deaths from the pandemic, capitalism decided to resurrect one that left us a long time ago. John Maynard Keynes (1883-1946). He warned that, in the face of an acute crisis, no monetary measures would have any effect. The state would necessarily have to intervene with effective decisions to revive the economy.

All the capitalist countries adopted measures to prevent company bankruptcy and unemployment by multiplying social benefits. In Brazil, private banks are flaunting their donations to fight the pandemic and, at the same time, raising interest rates for those who need loans. Some annual rates are as high as 70%!

How can Brazil be saved from accelerated de-industrialization, the demolition of the productive sector and the increase in unemployment? Retailers estimate that 600,000 workers will be unemployed if businesses are not reopened by the end of April. Retail businesses employ 23.5% of the workers (9.1 million people) in formal employment. Small businesses are responsible for more than 80% of formal and informal employment in Brazil.

In life you pick what you plant. The drastic reduction in the public health budget in the name of fiscal adjustment led to the scrapping of the Unified Health System (SUS).

According to Fiocruz, Brazil lost 34.5 thousand hospital beds between 2009 and 2020. The number of hospital beds fell from 460,920 thousand to 426,380 thousand between the H1N1 crisis and the current one. The private network increased the number of beds to 14,000. This is why middle and upper class families migrated to private health plans and group medicine, which deepens selectivity and exclusion in Brazilian society.

Big business people associated with the current government insist that social isolation be suspended to make the economy work. They propose, as a preventive measure, that the Covid-19 test be applied to the entire population, as was done in South Korea. But how can we do the same in Brazil if there are no tests, even for those who are obviously sick, and how can we stop the pandemic from spreading, if we have to wait weeks for the results?

How can we avoid the crowding of 13.6 million people living in the favelas? According to Data Favela, 72% of the inhabitants do not have money saved to face the crisis. Perhaps they are to blame, as Minister Guedes warned, “Brazilians don’t know how to save.” How can we stop the spread of the virus if, where the poorest people live, there is no infrastructure such as basic sanitation, sewage treatment, waste collection and drinking water?

It is necessary that, as soon as possible, society pressures the government to revoke the Constitutional Amendment number 96/2016, which imposes a spending ceiling, preventing health, humanitarian and economic policies to save the 60 million Brazilians who survive below the line.