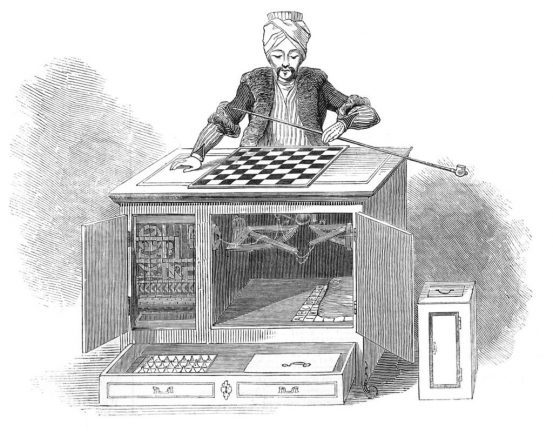 I.-Three months after his self-proclamation, it is very clear that the deputy Guaidó was conceived by the United States as a modest piece, with just enough skill to be used in a specific tactical movement, after which, in the very short term, and after a fleeting exchange of movements, the outcome of the game would occur.

None of this has happened. Not only the intended king ended up revealing himself as a pawn, but he wanders around the board without really knowing what to do. For the United States it is, without a doubt, a sacrificial piece, but the Venezuelan Government has repeatedly demonstrated that it has no intention of falling into the trap.

It will be said that I abuse chess metaphors. But it is the spokesmen of US imperialism who have repeated over and over again that, as far as Venezuela is concerned, all options are on the table. More than metaphor, the sadly famous phrase does not cease to be a euphemism, a way of affirming, without further dissimulation, that they are capable of perpetrating the worst crimes to achieve their mission; a vulgar threat that says much of the debasement of those who utter it, and ennobles the threatened people even more.

The American imperial sovereign is like a stoned chess player who believes he can checkmate with a simple pawn. Guaidó would become like the automaton in Edgar Allan Poe’s “El ajedrecista”, guided by Schlumberger, the expert player who operated in the shadows, with the notable difference that, in the American case, the expertise does not exempt him from losing almost all the games. It is understood: instead of Schlumberger, it is people like Trump, Pence, Pompeo, Bolton, Abrams or Rubio who moves the pieces.

Among others, the Venezuelan case shows that the economic and military superiority of one nation is not enough to defeat another. Political capacity is also needed. Put another way, a minimum of respect for the political game is imperative, exactly the opposite of what the United States shows every time it appeals to the table and the options, which is the same as boasting that you can kick the board whenever you want to.

II.-The proverbial lack of political capacity exhibited by the United States recently does not make it any less dangerous: let’s say that it prevents them from building lasting works and at the same time makes them prone to cause irreparable damage.

What political reality can be built favoring or leveraging leaderships like those of Duque in Colombia, Bolsonaro in Brazil, Macri in Argentina, Piñera in Chile, Moreno in Ecuador, whatever the current Peruvian president is called, among others no less unpresentable? What will be the political legacy of perhaps the worst generation of presidents since the time of the Condor Plan?

The mere fact that the self-proclamation of deputy Guaidó was even conceivable, and that it was also rabidly applauded by the aforementioned presidents, only serves to confirm the painful state of the Latin American political class. The wave of self-proclamations that followed, starting with Alejandro Muñoz in Colombia, and then José de Abreu in Brazil, Luis Monta in Ecuador and Renato Valdivia in Peru, sent a strong and clear message: more than politics, in these times what that prevails is their parody.

Yes, in general it is a terrible moment for the revolutionary forces in the continent. In the Venezuelan case, it is more than evident, the difficulty of the Bolivarian revolution to continue advancing in the construction of popular and democratic hegemony, and the situation even resembles what Gramsci at some point defined as passive revolution.

However, circumstances not only so difficult, but frankly adverse, can not make us lose sight of the fact that US imperialism is going through a severe crisis of hegemony, mainly because China is on the way to becoming the new center of gravity of the global economy.

There is something in the rancor against Venezuela, in the virulence of economic sanctions, in the support of terrorist violence, in the threats against President Maduro, in the criminalization of the organized people, in the self-confidence with which they debate on a possible intervention military, in the way they plan how to appropriate the assets of the Republic, in the fact that they decided to bet on elements of a rather tiny party and located on the far right as Popular Will to try to overthrow the Bolivarian government, which speaks of the political derailment of a declining empire that is not capable of ordering its “backyard”, expression long disused by pejorative and that today uses again without shame.

In addition, some signs of impotence can be perceived, because the imperial siege provokes the chaotization of society, certainly, but also resistance. Not everything is chaos and destruction. There is also a grassroots forge.

Faced with the rancor, there is something that can be called the will to live, or at least those were the words that came to my mind during those days of March when we remained in the dark, after the attacks on the National Electric System. But Nietzsche is right again in his criticism of Schopenhauer: there is no such thing as the will to life, but the will to power.

Between the will to adapt to survive and the will to transform to live with dignity, those of us who choose the second continue to tip the scales in our favor.

Venezuela: what an unlikely place for discussions of that nature. But that’s the way people are living in these places. Those who decided to declare us their enemies will have to learn to deal with that.