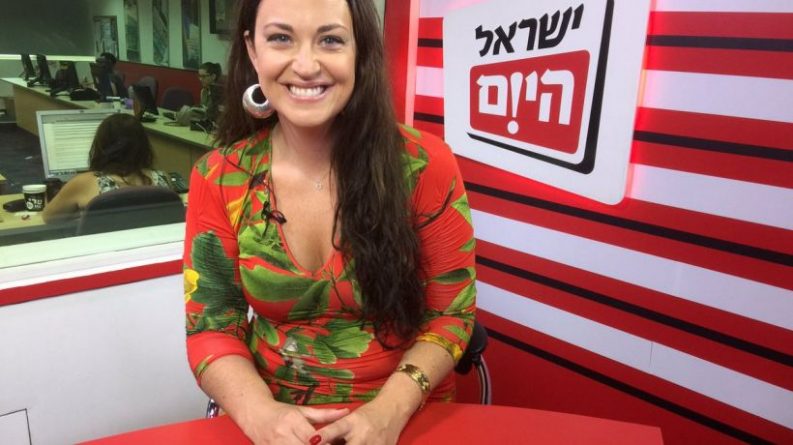 “I am being deported without cause,” Annika Rothstein wrote on Twitter shortly before leaving for Paris on the same Air France plane that had taken her to the Maiquetía International Airport, located on the outskirts of Caracas. Immediately, the name of the Swedish journalist was replicated by the corporate media, related NGOs and anti-Chavista journalists, as a new attack on press freedom.

The Venezuelan Foreign Minister, Jorge Arreaza, said that journalists must be accredited before arriving on Venezuelan soil as in all countries of the world. “We have in the country more than 50 correspondents whose staff has been duly accredited,” Arreaza tweeted, emphasizing that Rothshein did not respect this protocol.

WHO IS ROTHSTEIN?
“Venezuela deports a journalist who denounced Chavista colectivos”, was the headline most used in the foreign press on the subject. Thus, reference was made to an alleged act of aggression suffered by the Swedish journalist in the days prior to February 23, date in which a large-scale operation was organized from Cúcuta, Colombia, to take “humanitarian aid” by force into Venezuela without the consent of the Venezuelan government.

Rothstein, on a visit in the country during those days, was one of the most active journalists in favor of the anti-Chavista operation led by Juan Guaidó. A brief scan of her Twitter account, carried out by @Gotpropaganda on Twitter, reveals the journalist’s closeness to opposition leaders such as Guaidó himself, deputy Renzo Pietro and other figures.

Her belligerent posture against Venezuela was seen even two days before arriving in Venezuela on her second trip when she participated in the event “Venezuela, Hezbollah and Iran”, along with Guaidó’s special representative in the United Kingdom, Vanessa Neumann, who worked for the Department of Defense and the Department of State, according to the investigation of @Gotpropaganda.

The event was also organized by the Middle East Institute, a think tank financed by the Chevron and Exxon Mobil oil companies, the Rockefeller Foundation and the Carnegie Corporation, all with many interests in Venezuelan oil and minerals.

The interventionist role of the Swedish journalist in Venezuelan internal affairs, on the other hand, was reflected in a video where she participates in an opposition march in Venezuela. According to the legislation of most countries, the interference of foreigners in the internal affairs of the countries in which they are visiting is prohibited. This has repeatedly led to the expulsion of journalists in countries such as the United States, Russia, China and various European countries.

However, the most public and notorious fact about her behavior occurred on February 27 when in an act of provocation she gave a political statement in a session of the National Assembly in contempt. Based on the alleged act of aggression of the colectivos, the Swedish journalist said that “although I can not take sides I choose the side of freedom.”

A few days before, on February 10, she wrote: “I feel genuine hatred for this regime and those who helped build a myth that is now slowly killing these children, because this is genocide, and nothing else.” Tens of thousands of children die in the name of socialism and nobody bothered to cry in their graves in their name. ”

WHAT DOES THIS SWEDISH JOURNALIST HAVE TO DO WITH ELLIOTT ABRAMS?
Annika Rothstein works as a contributor to Israel Hayom, The Jerusalem Post, Ricochet and Washington Examiner. The proximity of Israel Hayom to the Trump Administration is also evident, and even its editorial leader, Boaz Bismuth, publishes photos of himself with the president of the United States on the front page of the newspaper.

The newspaper was created by billionaire Sheldon Adelson with the aim of bringing the “Israeli public opinion from the political center to the far right, aiming to achieve that Benjamin Netanyahu became prime minister of Israel, ” according to Ynetnews.

Adelson, owner of the newspaper, is also one of the main financiers of Senator Marco Rubio, Secretary of State, Mike Pompeo, National Security Advisor, John Bolton, and Donald Trump himself.

Rothstein claims to have been formed by the Tikvah foundation, which works in “close relationship with think tanks and neoconservative media to promote a Zionist policy economically oriented to the free market.”

The foundation was founded by financial magnate Sanford C. Bernstein, and is currently run by its business partner, Roger Hertog, who is related to the American Institute of Business and the Manhattan Institute, among others, who receive funding from Adelson and Paul Singer, owner of the Elliot Management vulture fund.

Thus, the Swedish journalist belongs to a circle of think-tank relationships and neoconservative media, financed by the most stale of the Zionist lobby, which currently controls the geopolitical orientations of the Trump Administration.

So much so that even Elliott Abrams receives a salary of 12 thousand dollars for being a member of the board of directors of the Tikvah foundation that formed Rothstein, while John Bolton is a member of the faculty of this institution. Very far from the objectivity and impartiality that the Swedish journalist claims to have with Venezuela.