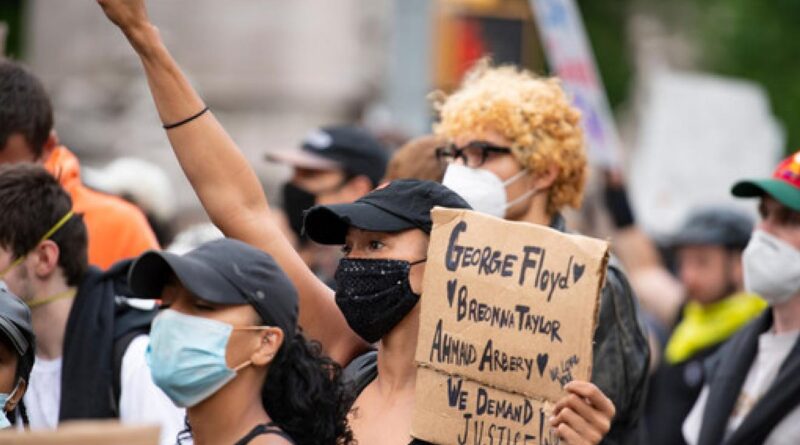 Now that systemic racism has been brought to the forefront with the murder of George Floyd by a white police officer, the U.S. needs to focus on making policy to end this hatred. Political expert, Mike Muse, proposed a strategy, called #votequadrant that aims to center local elections on getting mayors/police commissioners, district attorneys, and local judges partial to #BlackLivesMatter into office to create change in police culture. The rationalization is that these four people control police departments, not U.S. Congressmen and Senators.

However, Congress has the authority to make federal regulations on the time, manner, and place of elections by which local governments must abide even though Article 1, Section 4 of the Constitution gives local governments the power to dictate these elements that often cause unfair voting practices. Protesters of the #BlackLivesMatter movement should pressure Representatives and Senators in the upcoming November election to use this authority to create national regulations on state and local voting procedures that include a national database of registered voters and universal distance voting.

RELATED CONTENT: Venezuela and China at the Center of Trump’s Campaign Strategy

If the U.S. simply creates a national database of all registered voters, the number of illegal purges by election administrators would stop. The U.S. allows for eligible voters to be removed from registered voter lists: 1) if their names are duplicated; 2) if people die; and 3) if people are convicted of a felony.

The law also gives states discretion to purge names on eligible voter lists: 1) if someone requests to be removed; 2) if someone is found mentally incapacitated or convicted of a crime according to state law; 3) if someone dies; or 4) if someone moves.

But many election administrators remove names for invalid reasons, disproportionately affecting people of color. Not only would a national database track when people move and other eligible criteria, but national regulations would prevent illegal purges by local administrators because they must remove names according the national standards.

In addition, a nationwide database would eliminate demands for voter IDs. These demands come from the desire to prevent voter fraud, but this problem is rare. According to the ACLU, there were only 31 impersonations between 2000 and 2017. The American Society for Public Administration argues that a national database of registered voters is likely to decrease the number of impersonations even more.

With the fear of voter fraud reduced, the U.S. could institute universal mail-in, online, and vote by phone ballots. This suggestion has already been proposed for the upcoming November elections due to the Coronavirus, but Trump has refused to allow it on the grounds of voter fraud. However, if voting were to be nationalized with a database, voter fraud would be virtually non-existent.

Mail-in, online, and vote by phone would eliminate the problems of reduced early voting, reduced voting times, and reduced number of poll stations in communities of color; and the problem of needing updated polling equipment and trained poll workers.

Reduced voting times and locations negatively impacts people of color. They often do not have flexible work schedules and flexible childcare schedules to vote in the middle of the day or even the money for transportation if polls are too far. By creating universal distance voting, people can vote when and where it is convenient for them.

Distance voting would also eliminate the need to equip and staff polling stations with updated technology and trained poll workers. Many polling stations in communities of color lack the funding to buy updated equipment to cast votes reliably and trained poll workers to prevent voter intimidation. With distance voting, people could vote in the comfort of their homes with reliance on the postal service to get their ballots safely to the correct place except for maybe disabled people.

Voting would become more efficient for people of color so that they can #votequadrant. #Votequadrant would allow people of color to choose their mayors, who select police commissioners, district attorneys, and judges.

There is no reason why the federal government cannot intervene to protect voting rights. The Founders only gave states and local governments authority over voting procedures because they did not envision universal suffrage, but voting is a civil right now. With racism running rampant in the U.S., national standards are more important than ever to protect this basic right.

Jacinda Chan has seven years of journalism experience covering everything from local California politics to international economics, human rights, and law in Turkey, the EU, and Latin America where her expertise lies. She believes that impartiality of all sides to discussing issues is the most important practice issues because biased writing takes the humanity from people.